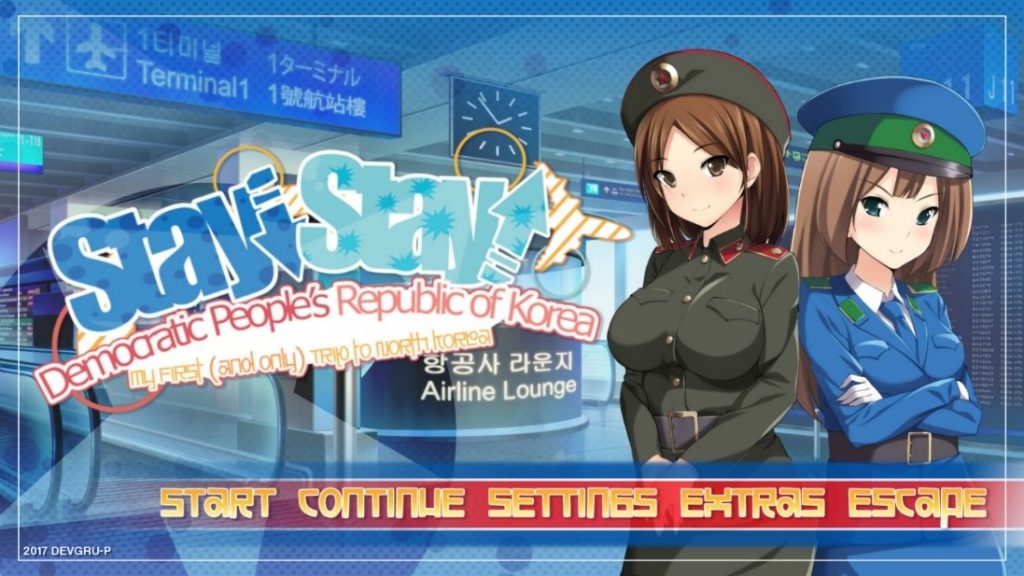 MONTREAL, August 10, 2017 — Today, gaming portal Nutaku has announced the official launch of a new visual novel, Stay! Stay! Democratic People’s Republic of Korea. Developed by DEVGRU-P, players will follow the story of a soldier as his trip to North Korea takes a series of wild and unexpected turns. With two sexy soldiers by your side, you embark on a journey where every decision counts and the multiple endings will keep you satisfied for a number of play-throughs!

The year is 2021, and America is back in Afghanistan. A young soldier on vacation, you are taking a trip to visit your Korean-Army pen-pals, Jeong and Eunj. As you unknowingly stumble into the world’s fiercest dictatorship, you and your beautiful pen-pals must avoid getting shot, executed, black-bagged, or tried for treason as you explore Pyongyang’s most famous tourist attractions. This thrilling story is sure to have you standing at attention every step of the way! 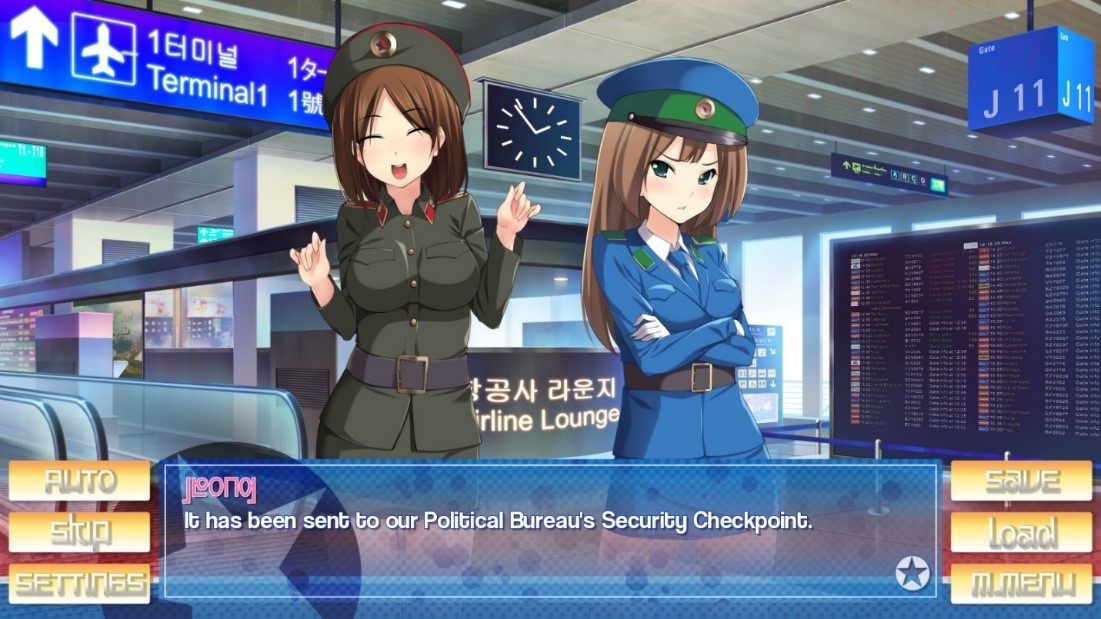 Nutaku.net is an online gaming portal featuring 18+ games from around the world. Created in 2014, the site debuted by distributing Japanese browser games and now includes a vibrant community, weekly contests, and seasonal game deals. Boasting over 25 million visitors per month, Nutaku is the largest English website dedicated to 18+ games. In addition, Nutaku recently launched Kimochi Red Light, a non-profit crowdfunding platform exclusively dedicated to 18+ games where developers get to keep 100% of the campaign money raised. For more information, please visit: www.Nutaku.net and https://www.kimochi.co/