The new Blade Runner made me cry. I could absolutely relate to agent “K”, who is a jaded male replicant living in a depressing modern city, working a soul-harrowing job. Joe’s only friend is his waifu, a sexy hologram named Joi, played by Ana de Armas.

Ryan Gosling plays agent “K”, essentially replaying his role from Drive (2011), as a detached killing machine with a heart of gold. Whatever Gosling smokes before getting on camera, it makes his face stone-cold adorable amid the bleeding, severed bodies he leaves in his wake. You don’t think about his lack of moral conscience, when his unsmiling lips peer at you above that roughly shaven chin. If he wasn’t so godlessly handsome, the audience would surely feel moral disgust about a police man so nonchalant about ending lives for a paycheck.

In the opening scene, agent “K” travels in his flying car, to a routine execution on a nearby protein farm. A former military replicant that ran from his life, is living a peaceful life as a farmer. “K” breaks in, and quickly kills the son of a bitch, but not before the replicant has voiced the film’s premise. I paraphrase: “You blade runners are fine doing shitty corporate hit jobs, because you’ve never seen a plot twist that sparks a character development arc”.

Here’s where the plot falls apart. Yes, the story actually crumbles completely after just the first scene. “K” walks out of the farmer’s house, sits in his car, and doesn’t ride out. Contemplating the shittiness of his occupation, he just sits, gazing absent-mindedly at a white, dead tree. With his inhuman eye sight, he sees a withered flower at the tree’s roots, and for no reason at all, decides to walk up to the tree, pick up the flower, and make his drone scan the ground.

Why is this moment such a gigantic plot hole? Because later on, the story starts hinting that there is actually a grand plan taking place, that Joe is the center piece of. Meaning, by a total fluke, this master plan that was hatched decades ago, accidentally comes to fruition. That is some destiny right there.

Jared Leto plays Niander Wallace, the psychotic corporate CEO that saved humanity from exctinction, with his invention of synthetic farming. He also bought the assets of the bankrupt Tyrell corporation, the company that produced replicants in the original Blade Runner. Wallace has a Jesus beard and a God complex, as his genius not only saved humanity, but took the species to nine other planets. Jared Leto’s character is accompanied by Luv, played by Sylvia Hoeks. Luv is Wallace’s hot replicant secretary. I enjoyed both of their performances, especially in the scenes where they killed people – those scenes were damn dark, and the actors successfully summoned some grim vibes on the screen. Especially Wallace’s dialog at the conclusion of the second act, was artistic audio-visually, setting the mood for some incredibly dramatic highlights.

“You don’t have children do you”, man says. “I have millions!” Wallace growls, like the devil was possessing him.

Both villains are quickly established as irredeemably evil bastards. After short introductions, they start dropping bodies, like swapping flies. They stab, shoot, and bomb their way through the story. Makes you wonder, with such a low treshold for employing haphazard violence, how exactly have they managed to dodge criminal charges up to this point. My bets are on massive bribery of governments, the news, and the police, but still, for a corporation to employ extrajudicial high-tech drone bombings in their business portfolio, is stretching it.

The themes of the film are heavy, tackling topics like identity, slavery, transhumanism, family, and the relation these have, to the meaning of mortal life. Most powerful is the symbolic connection the film draws between water, and feminity as sources of life. Los Angeles, where the film takes place, is barely protected from flooding. A gigantic dam keeps the tides from drowning the city. We see the whole city from an eagle’s perspective in one of the first scenes. The city looks grey, and dying. The heavy rain is pouring down, the ocean waves are crashing at the dam. This scene is symbolic of the segregated society, where replicants live only to serve men. Truths that could threaten the current order, are kept secret, as the LAPD police chief explains to “K”. How long can a man-made wall keep the forces of nature, and destiny at bay?

The advancement of technology has allowed the men in Blade Runner incredible power. As we see replicants fight each other several times, it’s obvious their physical capabilities transcend ordinary men’s. They can take an unnatural amount of beating, they can literally run through concrete walls. With the power of science, men can create life, they can enhance it, mold it, like Gods. The cost of this advancement, it’s blatantly hinted at, has been mankind’s soul. It’s never explicitly stated which factors caused the collapse of ecosystems of Earth, that plunged humans into a life akin to imprisonment. Men live like rats in mega cities, these concrete mazes infested with decadence, and death. Niander Wallace, who is symbolically blind, has evident ambitions for galactic conquest. He is no savior, when his character epitomizes the destructive greed of men of power, no doubt responsible for the destruction of the environment in the first place.

There is a purposeful absence of femininity in Blade Runner 2049. The women we see are prostitutes, hardened police officers, replicants, holograms. The most femine character is, thematically, the hologram girl. There are no families depicted, which creates the contrast that makes the final act, bear the deepest emotional impact. The main character “K”, was created to be an adult at birth, he never experienced a childhood. This hole in his life manifests in the bond he has formed with his waifu hologram. He has seemingly no interest in real women, but his desire for that connectedness, is obvious. The lack of a family is at the heart of his disconnection from humanity, and it enables him to inflict incredible violence. His need for a greater purpose grows as the film progresses, ultimately tipping him over to commitments that change him irreversably.

The longing for feminity also shows in Niander Wallace, who has no lover, or biological children. He is an emotionless blind man, only able to see due to technology he likely invented himself. His megalomanic lust to send his replicants, which he speaks of as his “children”, to conquer more planets, is a perverted passion for life. Other major characters too, long for female companionship, like the entire world is hollow of it.

The speakers in my movie theatre were so loud, the room shook with the music. I felt the vibrations in my gut, like the movie was punching the emotion out of the audience. The songs had the original Blade Runner vibe, this grimdark urban sci-fi feel like the suffering human spirit is crying for release. 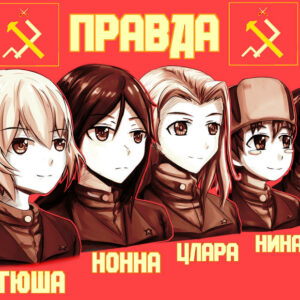 Why Exposing Yourself to Propaganda is Important to Free Thought