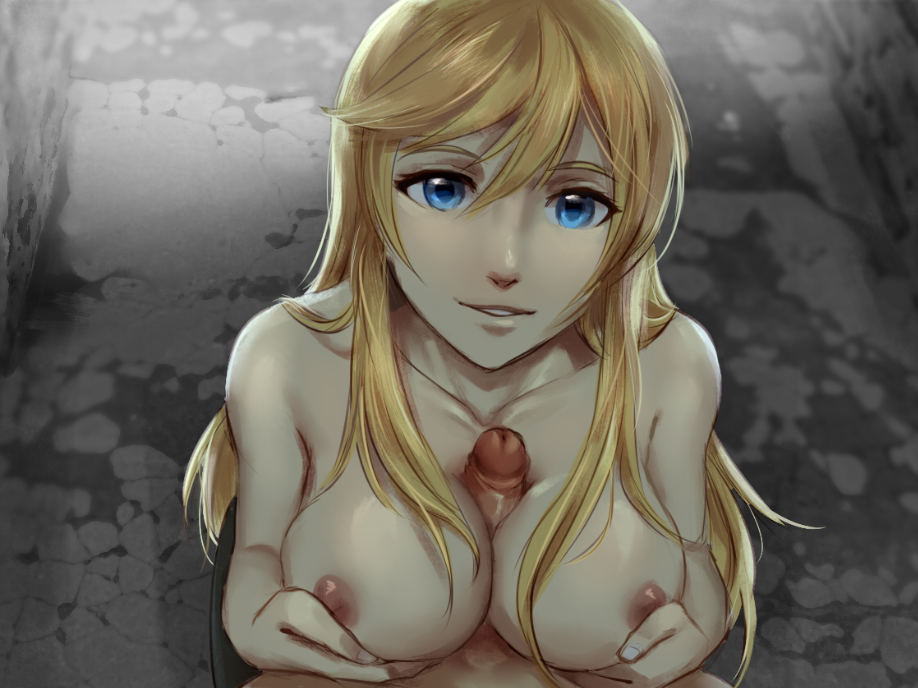 A visual novel about a young man’s struggles with his deteriorating mental health, while dating his psychopath girlfriend. This story is one of the most exciting I’ve read in a long time. I haven’t reviewed an actual good game in ages, and I never expected a yandere story to be the combo breaker of my bullshit streak. Fucking finally a game I can talk positively about.

Let’s talk about Crimson Gray, and why it’s awesome.

John is a sad, depressed high school student because his parents divorced. He is limping through his classes like an emo fuck, snacking antidepressants. His life is so sad, and depressing, even the background art is completely colorless.

The story begins on a school’s rooftop. The main character, John, recites his condition, and lonely living situation. After his parents divorced, John has been living with his father, who’s never at home with him. He is alone, struggling with the pressures of high school studies. Then, John gains a stalker: a beautiful blonde girl with sexy blue eyes starts slipping romantic notes in his locker. She’s got a fat rack, and a great face, and an obsessive compulsive psychotic personality. What guy wouldn’t want to tap that? Because John is so lonely, he risks his life to build a relationship with this damaged woman. He wants to help her get better from her mental illness, so she’ll suck his dick, and choke on his cum. This game eerily reminds me of my own high school years.

Lizzie is the same age as John, but they don’t share classes. They meet on the school yard, eat lunch together. When they’re not together, she follows him around, taking notes of everything he does, every person he talks to. Every time John talks to another girl, his new girlfriend is ready to slice her gut – choose wrong in key dialog moments, and blood will spill. Lizzie is so murderously jealous, she even looks at John’s milfy therapist with death in her eyes. It’s not a big spoiler to say, there are endings where Lizzie flat-out grinds her tits into minced meat. 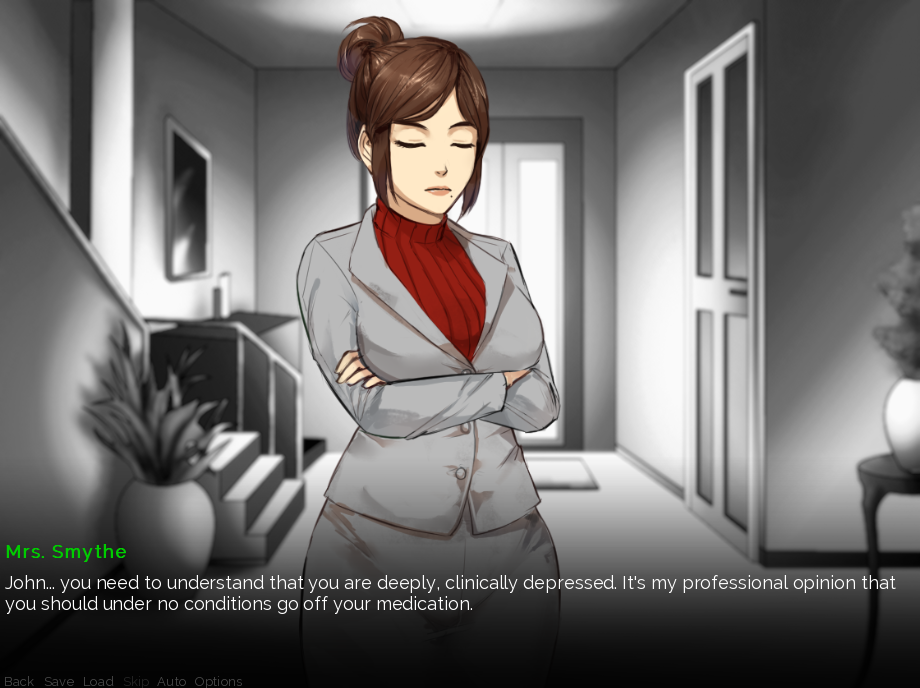 Every moment that John and Lizzie spend together, is filled with drama. You’re always anticipating what Lizzie does next – her shit escalates real quick. Many a times, without any provocation, Lizzie will just conjure a knife from nowhere mid-discussion. When John points out “are you going to stab me?”, she’ll usually revert from her psychosis, and be all lovey-dovey again. Do you believe her? You shouldn’t, because one wrong move, and that knife is stuck between your ribs.

Depending on your choices, you can either end up trapped in Lizzie’s underground kill room, or a romantic outdoors picnic. Every route exposes more of the girl’s past, and her personality. There’s also hints of a sinister conspiracy, that may be at the root of the girl’s problems. I can’t physically spoil the plot, because at the time of writing, I’ve played Crimson Gray for three days without getting one good ending. Every character I’ve learned to know so far, has found a way to die a gruesome death.

I love this game on so many levels. I love its simplicity; instead of a convoluted harem story, it’s the story of a single deep relationship. One character, one relationship, one tragedy. You learn to know every side of one incredibly complicated character. Lizzie will do anything for you, even kill herself. It’s beyond romantic. I get flashbacks from 2015 when I reviewed Saya No Uta, a very similarly themed visual novel, that made me cry my eyes out. Her love is outright insanity, and you’re always walking on thin ice with her, making seemingly mundane choices of life and death. Lizzie is so mentally unstable, she’s constantly hovering between maddening passion, and murderous jealousy. She’s an angel, and a demon, trapped in the same flesh.

The writing by Sierra Lee, is awesome. The grammar is spot on, the dialog is realistic, the plot is paced right, all the pieces fit. Hopefully the good endings are as satisfying, as the bad ones. But even if they aren’t, as a tragedy alone, I have enjoyed Crimson Gray. Reliving my life-destroying high school relationship with that blonde bitch was worth the read. 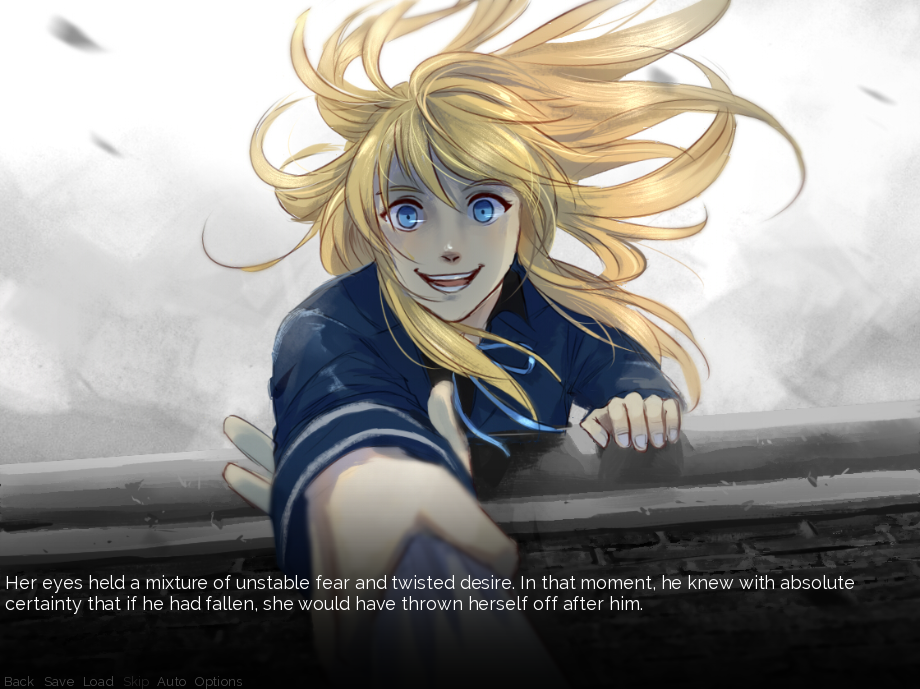 The character art is very attractive. There’s not a lot of it, as very few characters have their own sprite. The art is traditional anime style, painted in thicc lines. The central character Lizzie’s model has clearly received special attention down to the tiniest detail. Her design is beautifully realistic. She looks physically powerful, not like a little girly girl that never does any sports. Her poses, leg positions, even her clothing, ooze a certain masculine aura. Because she’s taken care of herself from a very young age, this shows in every detail of her person. In a way, this makes her sexier than the hollowed-out fantasy dolls you masturbate to in many eroge. Lizzie has tons of expressions, ranging from a sweet smile, to all-out crying, to psychotic, to dead-eyed. Just staring at her violently changing range of emotions during dialog, is the perfect drama. She also changes poses and clothing a lot, from a formal school uniform, to casual shirts, pants, etc. The only other character I’ve seen depicted in a sprite, is miss Smythe, the school therapist.

The background art is digitally painted in black, white, and gray. I haven’t had one scene with color. The backgrounds don’t have endless layers of detail, but they are stylish, and realistic. I wouldn’t be surprised if they were photos that were painted over. That’s a common cost-cutting trick in visual novels.

Crimson Gray is a visual novel, with lots of choices. You click the screen, to move the story forward. At key moments, you’re presented with sometimes 6 different choices, that take the story into different directions. If you made the wrong choices early on, you can find yourself plowing through every available option, still ending up with characters bleeding their guts out. You have tons of save files, so save the moments of choice, and load them up when you’re stuck. There’s a skip option too, that helps with getting to the parts you haven’t read yet. 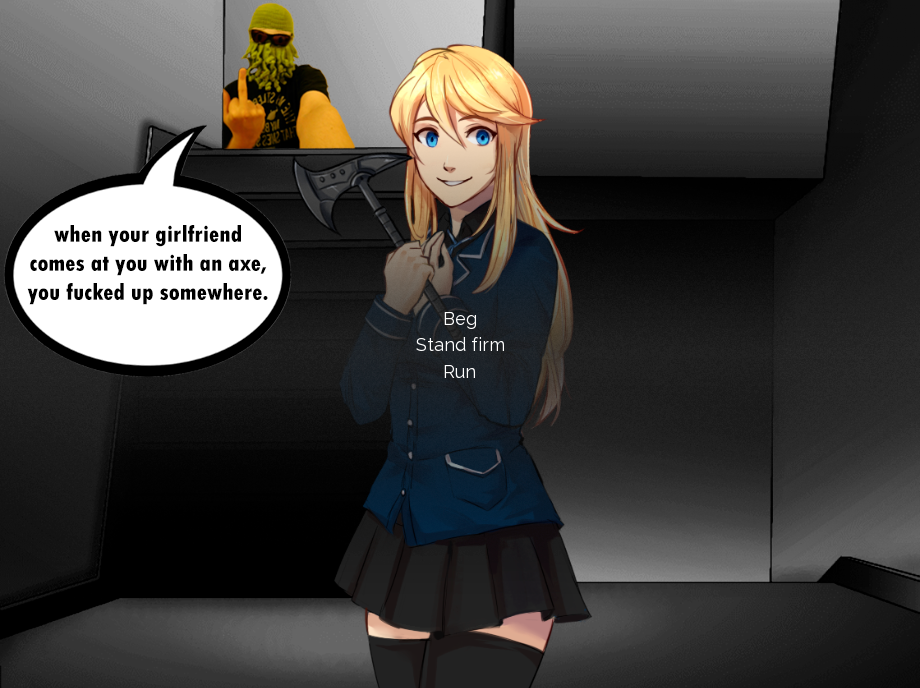 The soundtrack is masterfully composed for a horror game. There’s a song for every dark emotion you go through while playing. The creepy tunes got my skin crawling, combined with the visuals of Lizzie wielding a knife, sometimes a handaxe, a blood-crazed glint in her dead eyes. The soundtrack is original, the songs are designed clean, simple, just like the rest of the game. I’m bad at naming instruments, but there’s definitely lots of piano. And what would a horror game be without piano, honestly? Just hammer those keys, baby, make it rain.

There’s contrast between the songs, and not every tune is dark. There’s even a particular angelic-sounding song with vocals, that plays on the most serene moments, like when you’re going out on a date with her.

There’s some very unique scenes in the game, that you don’t see in 99% of media. For example, if you make the wrong choices, Lizzie will kidnap you, drag you into her kill room, and insinuate her plans to slice you into little meaty pieces. Imagine a song for a scene like that, imagine talking to a girl with a collection of meat choppers hanging from her wall. You linger on your mattress, for days, and days, never knowing if the food she brings, is poisoned. There are some madly creepy scenes in Crimson Gray, and the music delivers the moods

Crimson Gray has no voice acting.

Crimson Gray has a few sound effects. Not many, but they’re important for the drama. For example, when Lizzie draws a knife, you hear the cold steel “CHINK”. When she’s chopping somebody into pieces, there’s a sloppy cleaving sound, like a meat chopper sinking into bone. Nothing feels like it’s missing, even the things that are missing, because its consistent with the style, and detail in the game. Similar to the all-grey backgrounds, that no doubt saved plenty of money, are thematically consistent with the story. The cost-cutting tricks, on the audio department too, are stylistically consistent, if you understand what I mean. 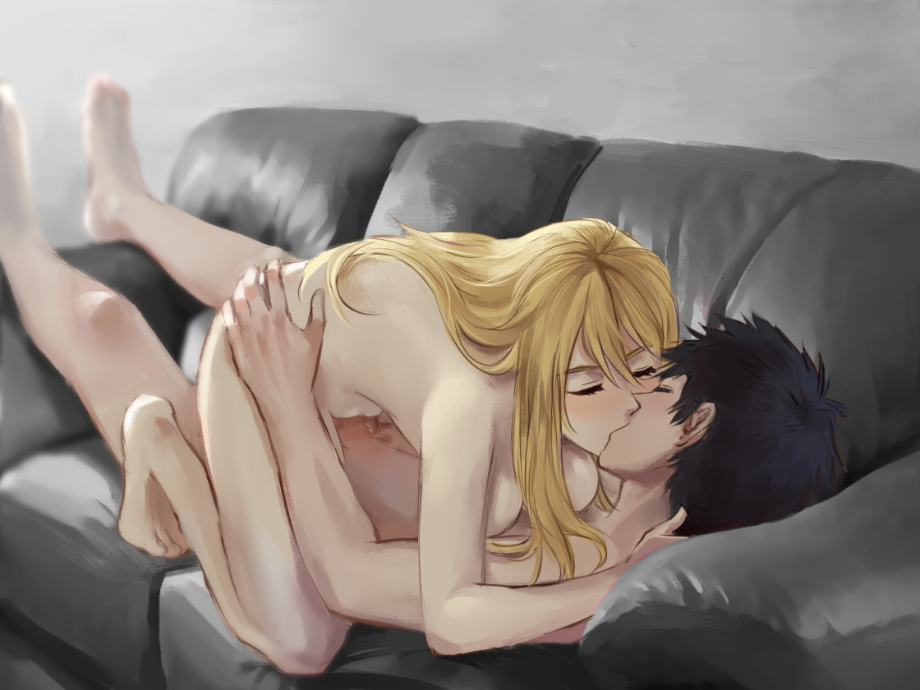 Crimson Gray gripped me from the very beginning, and kept my interest for hours at a time. Its best asset is the professionally composed soundtrack, and Lizzie’s character design. The scenario is like a modern interpretation of Romeo and Juliet, with mental illness as the driving factor propelling an innocent teenage romance into tragedy and ruin. I recommend this game for everyone that wants an intense romance with anime tropes on top. Download Crimson Gray.