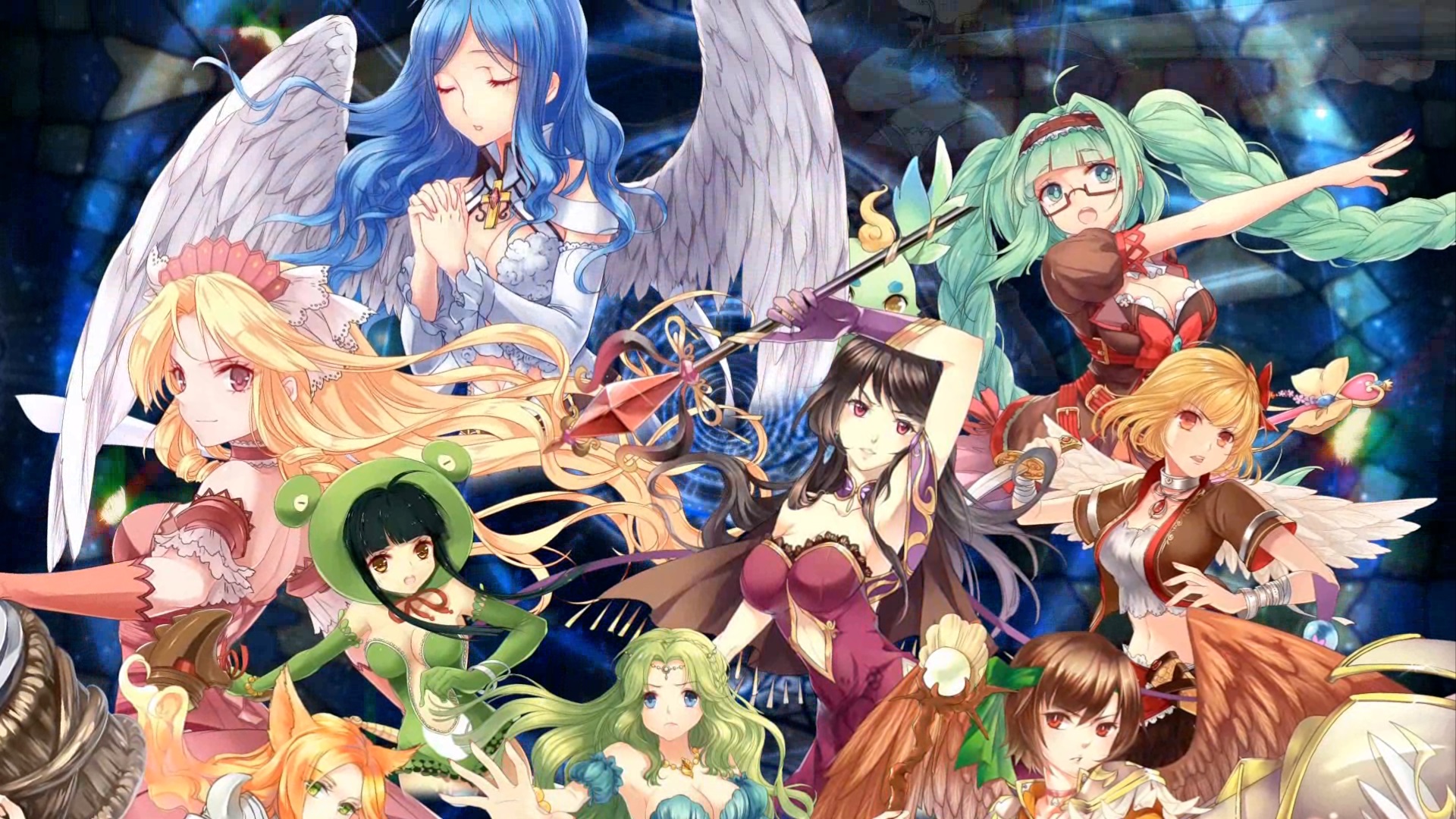 Lovers of cute girls and medieval fantasy may be enticed to play Empire of Angels. As beautiful as this game looks and feels, there are good and bad things about it. Note, this game was clearly developed for younger players, which affects everything from the game design to the story. Let’s talk about Empire of Angels and see how we like it after that.

Empire of Angels is set in medieval China, spiced with your basic mix of magic and monsters. The opening video explains the struggles of past generations to establish a peaceful kingdom. One king was good, the next one sucked ass, now the greatest threat to the kingdom is a mysterious plague that turns people into violent beasts. The disease is called namtar fever. Leona and Niya are part of a namtar sweeping squad, whose mission is to massacre civilians who have succumbed to the disease. Later, they are joined by more quirky characters.

The begins from the investigations of Leona and Niya. They are checking out the Namtar Fever outbreaks in nearby villages. Later, the story becomes a string of rescue missions, as the girls start chasing their lost childhood friends, getting into trouble while stepping into bad neighborhoods.

The story cuts all corners to keep the girls fighting. The writer throws characters from one plot point to the next. While trying to get to the bottom of the mystery behind the namtar fever, these cuties cold-heartedly slice and dice everything that bleeds. You kill defenseless animals, cut down civilians, you purge villages of bandits, not even bothering to bury their severed corpses. Nobody in your squad feels a shred of guilt over making orphans from the children of the villains.

Virulent diseases were parse and parcel for living in a big city back in the middle ages. The undead plague trope has been done many times in games and literature in the medieval fantasy genre. It resonates with readers who know a little bit of history. I understand these Taiwanese developers thought it would be cool to steal ideas from Warcraft 3, but from a westerner’s perspective, this story is just borrowing ideas from more established creators.

Empire of Angels is a turn-based strategy game, similar to Fire Emblem. You move your units before passing the turn. Your enemy moves their units, and passes the turn. In between taking strolls on peaceful grass meadows, you throw everything and the kitchen sink to kill off the other side to the last woman. After you are satisfied with the map placement of your character, you can choose actions from a list. The potential actions include attack, special attack, buff spells, and other. If you’re not in range of any enemies, click the hourglass to pass the turn to the next character.

Most missions end after you’ve killed the enemy chieftain. Some missions have different victory conditions, like “survive until time runs out”. Your characters gain levels and gold from beating levels. Leveling up increases the stats of your characters, while gold is spent to upgrade units.

I played the game for several days, a few hours at a time. The difficulty curve was ramping up, and the levels were finally posing a challenge. I was struggling to complete a certain dungeon level. The level seemed virtually impossible, so I checked around the map menu for a hub for town actions. In the right-down corner of the screen, I found a button for a menu that let me upgrade my characters into advanced classes. After upping two girls into knights, two into advanced archers, improving my healer, and allocating Niya into the tank role, I was back to overpowering enemy forces.

Different classes have different strengths and weaknesses. For example, knights can attack multiple adjacent enemies from a one-square distance. The distance ensures the knight doesn’t suffer a counter attack. Archers attack from a very long distance. Warriors can attack from angles that also lets them to avoid counter-attacks. Healers can spend their turn restoring health to units, or hurling damage spells.

As strategic challenges go, the game has many design choices making things “streamlined”. The characters enjoy passive healing outside of battles. Their energy for special abilities recovers so fast, you can employ their strongest attacks every second turn. You’re never starved for any resources, or forced to compensate with creativity and skill for losses. Also, your characters that die will respawn after you beat a level.

Empire of Angels has beautiful anime art. The sprites depict the sexy girls of the namtar sweeping squad, and the girls that join it. Their designs are great, though the coloring and certain details look less than a top-tier. I was particularly unimpressed by Leona’s face and armor. Compared with the designs of the other characters, she came off as a teenager’s doodle.

The costume designs on the girls vary greatly. There’s plenty of cleavage showing: Stomachs are left without any plating, the leg armors are basically hot pants made of steel. The ample breasts of the women are fully displayed. Despite the very serious storyline, this game doesn’t take itself too seriously, and that extends to the art direction. One of the girls wears a cosplay frog suit, which nobody comments on.

In the gameplay portions, the characters and environments are basic 3D art. The game looks colorful, and cute as hell but these graphics are not high-end. If you zoom into things real close, you can find visual assets like shields that are not round. Meanwhile, certain battle effects don’t have many frames of animation, causing a jagged look that admittedly only bothers people paying very close attention.

Sometimes the game bugs out such that you can’t perform character actions anymore. You have to press CTRL+Alt to bring the game to windowed mode, then press the “X” in the up-right corner to close the game. You have to do it like this, because this bug also prevents you from bringing up the game menu. This bug has triggered several times for me.

The soundtrack rocks tracks for different moods and occasions. Most songs fit the style of a medieval fantasy. The compositions are well-defined, though perhaps lacking in punch. I have a hard time remembering the melodies even after several days of playing. The flute and various string instruments are the most common instruments you’ll hear throughout the game.

The opening song “Angel” is a gentle rock song with lovely Chinese female vocals. The electric guitar starts with a sweet riff that quickly builds the hype. The music in the main menu is a melancholic melody that flows like the winds that make Niya’s cape flap (screenshot below). The music differs depending on the map you’re playing. The track also differs when it’s your turn, and the enemy’s turn.

The music is professionally done, and the sound quality supreme, with no microphone cracks or pops.

Keeping with the cute aesthetics of the game, the sound effects are the definition of cartoony. While trailblazing in the blood trails of your fallen enemies, you’re bombarded with pops and pangs, like you’re watching a children’s morning show. The suction cup arrow headshots never stopped being funny for me.

After my several days of playing, the girls haven’t even kissed a penis.

Empire of Angels is a cute run-of-the-mill anime game for millennials and toddlers with the attention span of a goldfish. The game loves you and cherishes you, it wants you to never feel sad for getting smashed by real challenges that expose holes in your competence. If you’ve never played a turn-based strategy game before and barely know how to use a computer, this game is your perfect baby-step training ground. The soundtrack is full of generic medieval fantasy memes, while the story is a girly relationship drama about childhood friends getting back together in a world set ablaze by war and pestilence.

You can download Empire of Angels IV at Nutaku.