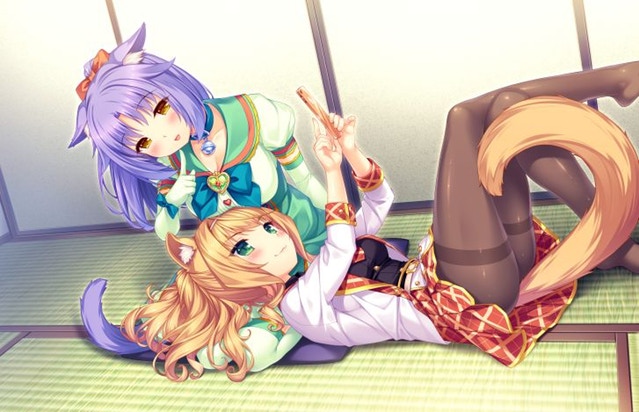 “NEKOPARA Extra” is a prequel to the NEKOPARA series and revolves around Chocola and Vanilla when they are first brought to the Minaduki household. There are definitely some interesting things to note referenced in the series such as Coconut and her growth spurt that has her overtake Azuki’s height in short time. There are some interesting surprises in NEKOPARA Extra from what can be seen in the interaction with Kashou, Chocola and Vanilla, Coconut and Azuki, Cinnamon and Maple and of course Kashou and Shigure. It’s fun to think about these events being mentioned in the later games and to see it all there in the prequel.

Next up, we have information on the “NEKOPARA Extra OVA”. This was the last stretch goal in the Kickstarter campaign and we’ve been informed that animation work has mostly been completed. As always, NEKO WORKs has generously shared some behind the scenes assets for everyone to enjoy.