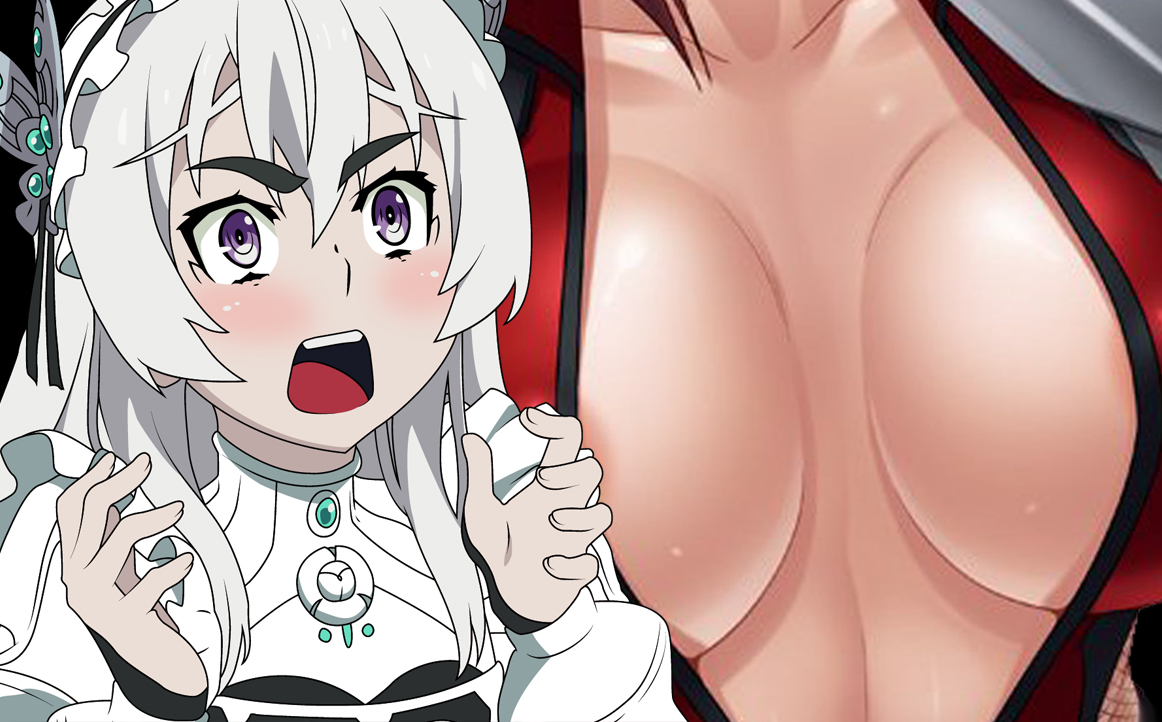 I read an article on The Spinoff. The title read The big unnaturals: What’s up with breasts in video games?

With the culture war raging hot, these types of articles pop up frequently. Gaming websites keep writing about beauty standards even though the debate is over: Many guys like them big (source1, source2, source3).

Before we engage this topic, we have to remember that the groups taking issue with breast-sizes in video games are predominantly the social justice mob. Social justice is not the innocent cousin of the infamous mass-murderer communism, but the same walking-talking killing machine who just had a name change. The total death toll of communist regimes from the last 100 years is counted in the millions. Communists place massive trust in big government, they believe that elite intellectuals can organize society to live by higher morals. They believe a strong government can solve people’s everyday problems. In reality, they are pseudo-intellectual sophists who abuse language and dirty tactics as their only means of stealing resources from successful business owners.

Modern-day communists are obsessed with the prevalence of beautiful women in western media, which directly represents the popularity of common standards of beauty. Thin, young, ample-bosomed women with wide hips, colorful hair, and perfect spotless skin, draw more attention from men than women who are fat, old, and lacking. Content creators are thus financially incentivized to create commercial media that depicts ideal women: People buy media that captures their fantasies.

As content creators aim their products at mass markets, this creates uniformity in the media culture. This doesn’t mean you cannot create content for niche audiences. Just don’t expect large TV networks to care about you.

Why aren’t communists creating their own fiction? Because their agenda is not their stated goal of increasing diversity in the media, but the transformation of western societies into third world socialist shit holes like North Korea and Cuba. They want to change societies by influencing attitudes through propaganda and government policy (source1, source2, source3).

The reason we humans have this internal mechanism we call “self-esteem” is to keep tabs on other people’s opinions. It’s a survival mechanism that telegraphs warnings (feelings of guilt) the moment we start behaving outside the norms of the tribe. What you really fear is death. Because being a non-conformist individual in society has historically always gotten you ridiculed, imprisoned, or killed (source1, source2, source3).

What many forget is that living in western societies, we can choose our audience. If you don’t consider the benefits are worth the sacrifice of submitting to widely accepted social norms, then don’t. I don’t accept my society’s standards, and I fully accept the consequences: Fewer people want to be my friends. Fewer companies want to associate with me. I have fewer customers.

When you’re anti-culture, accept that people will be criticizing your looks, and lifestyle from the perspective of their own value systems. They will attack you, often for no other reason than you’re doing things differently – that’s what happens when you mark yourself as a member of an enemy tribe. Non-conformist Americans and Europeans must tolerate mean comments, and some bullying, but that’s where it ends. That’s privilege.

Indicators of health and status are fairly universally attractive across cultures. Big boobs indicate high fertility. Big-boobed women can breast-feed babies. A woman with wide hips and ass can birth more babies. Her skin is young and smooth? She likes your smile and sense of humor too? Every cell in your body screams “make her the mother of your children”.

The Spinoff article is neutral in tone, presenting both sides of the dead-horse debate. The reader is graciously left to figure out their own feelings on the topic. But you are wrong to entertain the leftist side of the argument. All they’re doing is manipulating you to steal your money. Because once you accept that standards of beauty are relative, they start pushing for another piece of their narrative, which is that non-standard groups of women are marginalized in society (fat, ugly, autistic, minority). Once you accept that some groups have it harder than others, they move on to demanding laws that protect these “oppressed groups”, and then government transfers of wealth from the middle-class and the rich.

The political left is always pushing the same narratives to gain privileges in society. They preach morality and justice, but all they want is money and power. They are playing the game of power by the playbook of Saul Alinsky.

This entire argument is irrelevant. If there are paying customers for something, there are incentives for game developers to produce content for these customers. Most works of fiction are nothing more than pandering fantasies. It’s the same as paid sex: The girl will suck your dick and say she loves it, regardless of how bad you smell. Content creators are only doing what they have to for a living: They are sucking your dick.

These arguments against “sexualization” and “objectification” of women come from people who are not creative. Because creative people are too busy running businesses, creating fun media to paying customers.