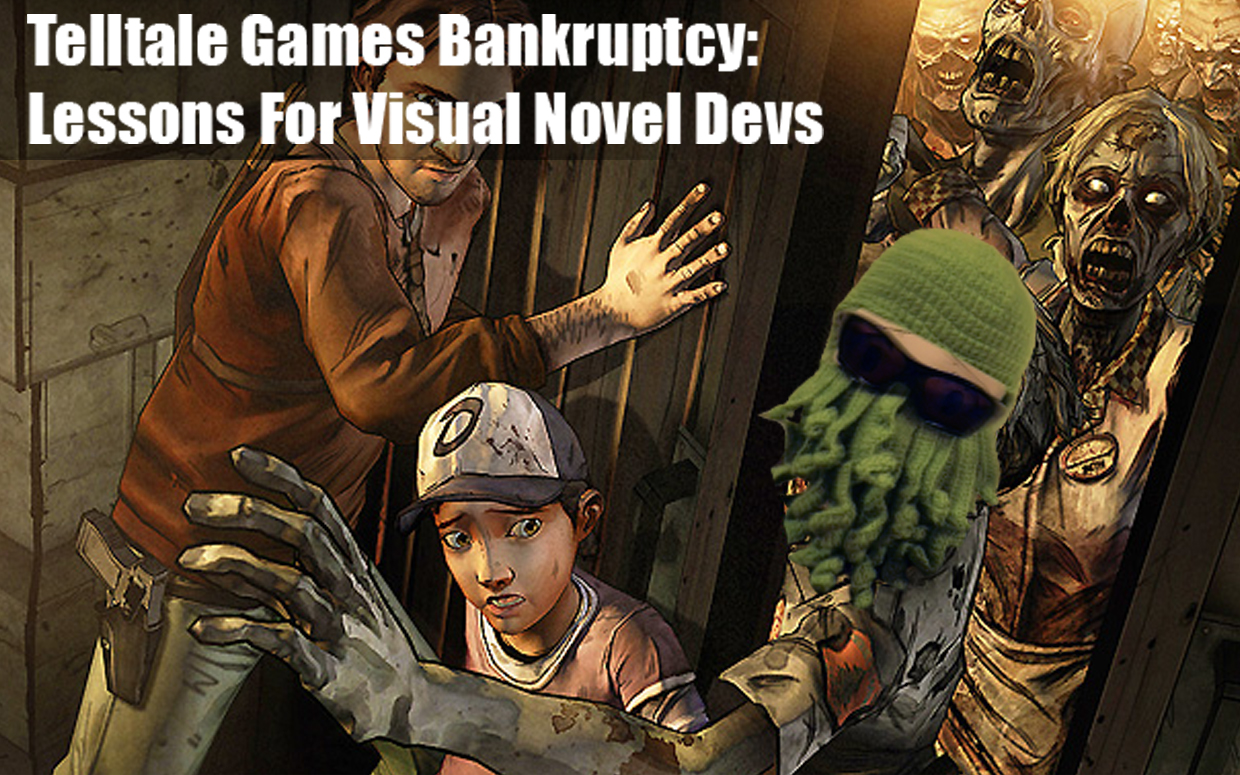 I read an article on Polygon.com, titled Telltale Games died because it stopped moving forward. The article was written by Ben Kuchera on September 25, 2018.

The writeup digs into the company’s history, painting a picture of a company that immediately stopped evolving after gaining financial success with its licensed series The Walking Dead.

“Telltale Games was founded in 2004, combining talent from LucasArts with the idea that the future was episodic, digitally distributed and licensed. Adventure games would become popular again, but the genre had be updated first, and players wanted characters and worlds they already recognized”, writes Ben Kurchera.

Apparently, Telltale Games never updated their engine. They stuck with an archaic game engine called Telltale Tools for over 10 years. The engine was buggy, and limited their storytelling capabilities. As technology improves over time, incompatibility between new and old software is inevitable. The standards of customers also grow when new companies raise the bar with their products.

“In 2012, eight years after the company started, The Walking Dead’s first season changed everything. It was the critical and commercial blockbuster Telltale had been looking for. The shocking twists and character deaths of the Walking Dead universe were a natural fit for episodic adventure games, and Clementine became a beloved character in her own right”, writes Ben Kuchera.

Telltale Tools had many technical limitations. The game couldn’t swap between scenes fast enough. Comedic and dramatic timings were impossible. Based on the article, the company attempted to switch to the Unity engine, but never did. Granted, Unity is not an engine without limits and comes with its own set of problems.

After operating for years, Telltale Games has laid off some 250 employees, keeping only 25 people in the company. They’re facing a class-action lawsuit from former employees, because the company denied them severance pay. Astonishingly, the company was still recruiting new employees before they initiated the mass layoffs. Does that sound like competent management?

To begin with, you don’t need this many damn people to do story-based games. If you can afford a large team, you’re better off making more complex games that small companies cannot.

“On Tuesday, Polygon reported that Telltale is being sued as a result of its mass layoffs. This class action lawsuit was submitted Monday by former Telltale employee Vernie Roberts on behalf of himself and his coworkers”, writes Josh Hilgenberg for Pastemagazine.

The number of workers on a visual novel production team can be reduced to the bare minimum because a single person can easily possess the skill sets to execute multiple processes. An artist can be a competent writer, a writer can know some Renpy coding. If you have the money to get fancy, look into more expensive engines like Live2D, or even invest into creating your own engine.

Even without having access to Telltale Games’ balance sheets, I imagine they didn’t have the money to upgrade their technology. They didn’t have any money left to hire customer support staff to assist customers suffering from game bugs. The money was drained by their less productive employees, and God knows what else.

Telltale Games was overreaching with its resources. Their problem seems to have been that after gaining so much financial success, the company ambitiously expanded into too many projects, which swelled their development staff and their costs. What ends up happening in situations like this is that some of your projects will be wasting your resources, while other projects will produce all the revenue for the rest. Without profit, you have no money to invest into technological research, market research, or other important things.

I’m also reading reports that the company isn’t providing severance pay to their employees. This is very bad, because it will disrupt the families of the ex-employees. Everyone has running costs. It seems like the company completely ran out of money, and they were forced to break labor laws in order to not die overnight. Did the management have no fore-planning at all?

Telltale Games would never have died if the company had been ruthlessly cutting costs early. They should have been kicking out unproductive employees instead of keeping them on payroll for years and years. They should have been doing fewer projects, focusing their resources on their most profitable projects, upgrading tech, and accruing a bank. When things are good, you need to be building a buffer, a rainy day fund.

My own freelance force for comics, games, and writing is barely a handful of people. Even while we’re still small in terms of website traffic and social media prominence, we’re able to produce daily content, while running multiple simultaneous projects. Low production costs are the key to any company’s survival and success.

The average lifespan of companies these days is 15-24 years according to research (source1, source2). Every company is fighting to survive their inevitable doom in a world where societies and markets are evolving faster than ever. All the big corrupt monopolies you see dominating their respective industries are at the ends of their lifespans. That is the free market; a ferocious game of survival of the fittest.

I’d love to see those monopolies crumble and died, but for me, they are like fleas. They just fled to a new host and tip their toes anywhere for more money, just like the monopolies in my country does.