Princess Evangile: The War of Roses and Lilies 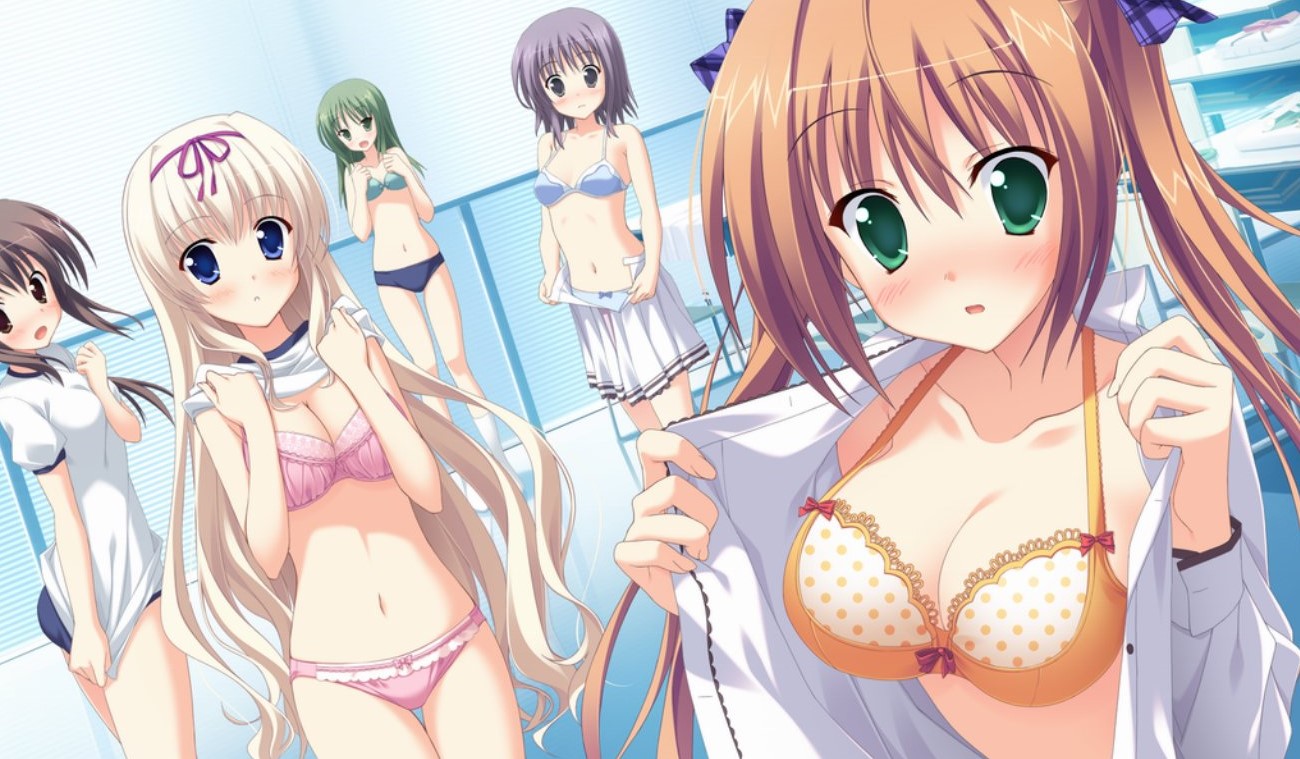 Princess Evangile is the story of a standard guy named Masaya. He attends a school for girls only. It’s not just a game about romancing cute girls, however. You have to actively work to win over your female class mates. There is a vote before the end of the first term, and the end of the year, when the girls of the school will conduct a vote to decide whether you should stay or leave. You are a test case on whether boys and girls can study together without everything turning into a shit fest. 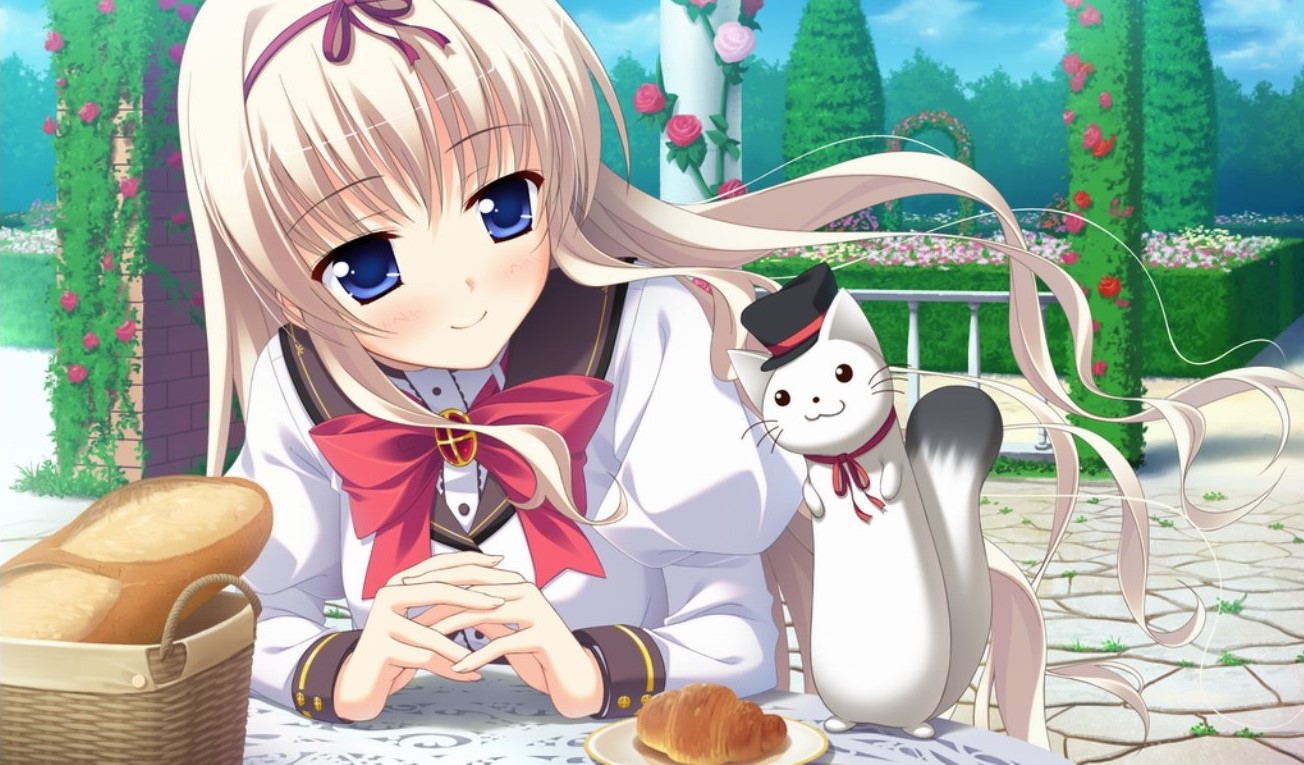 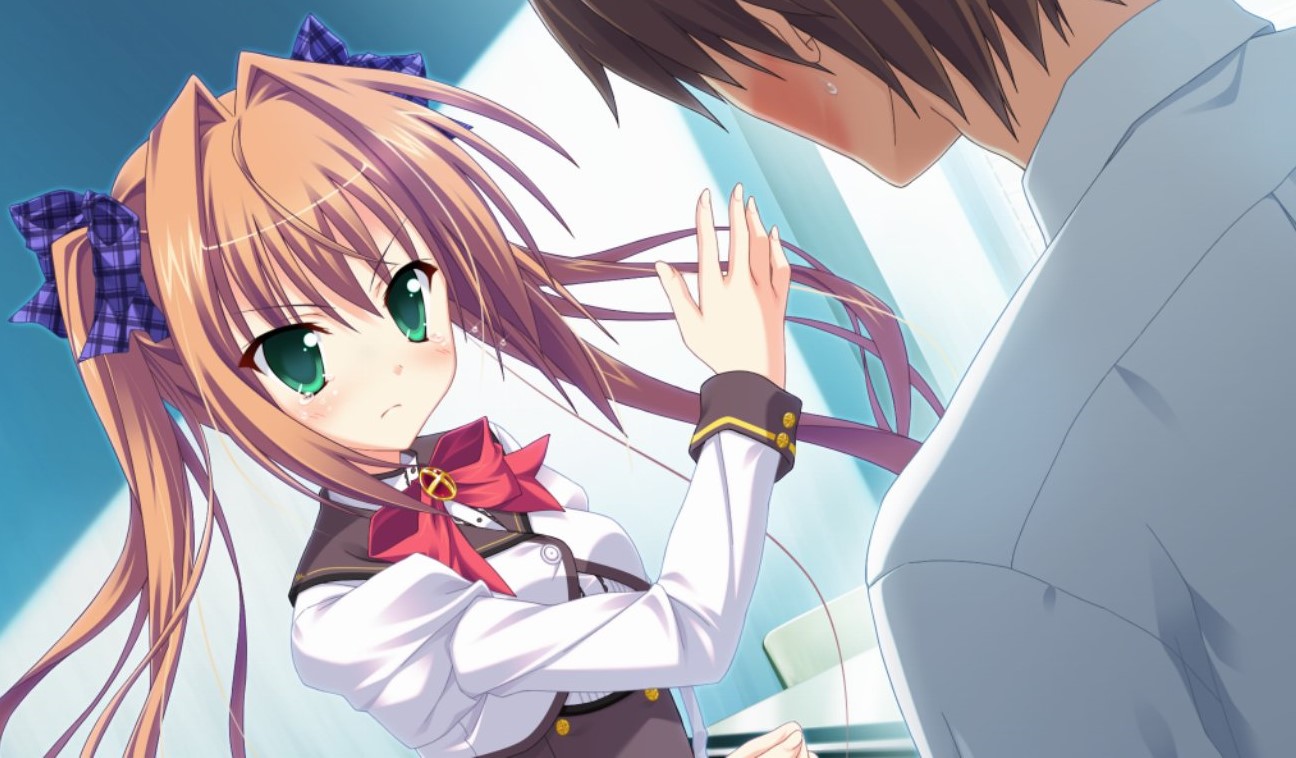 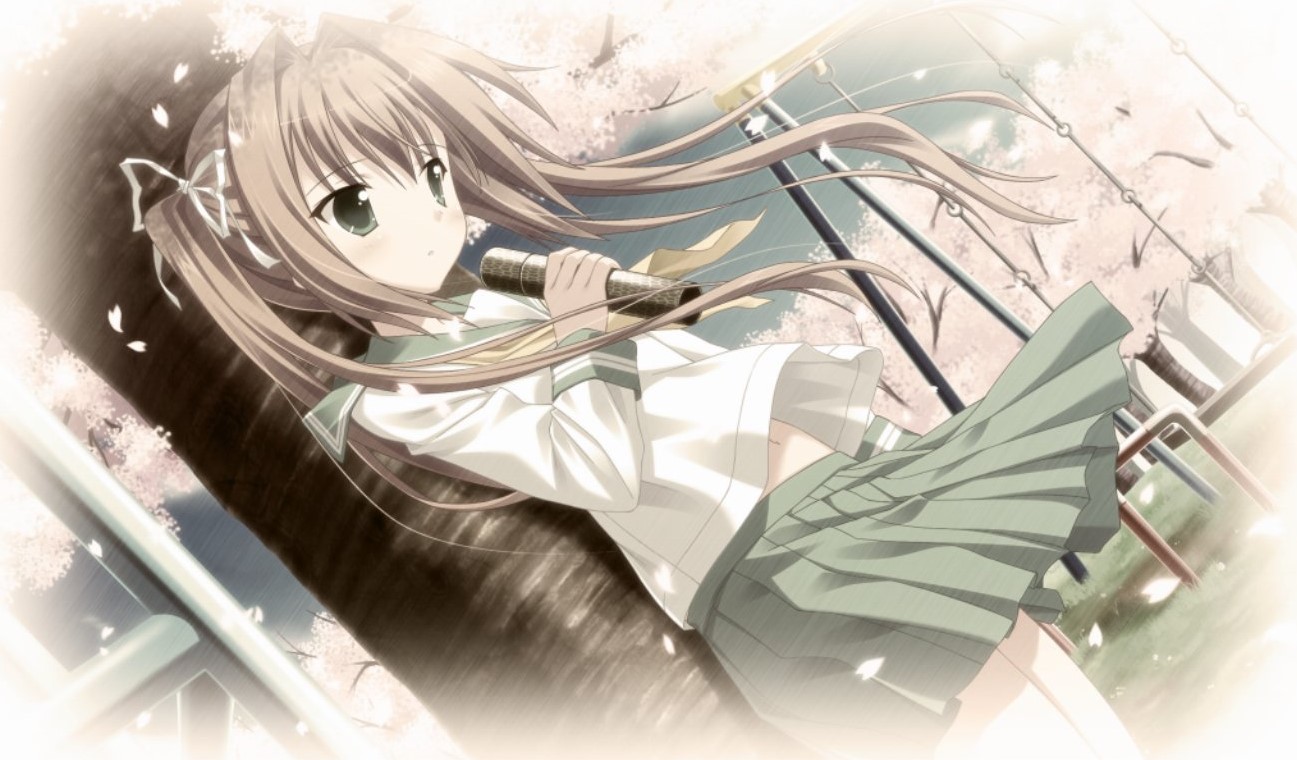 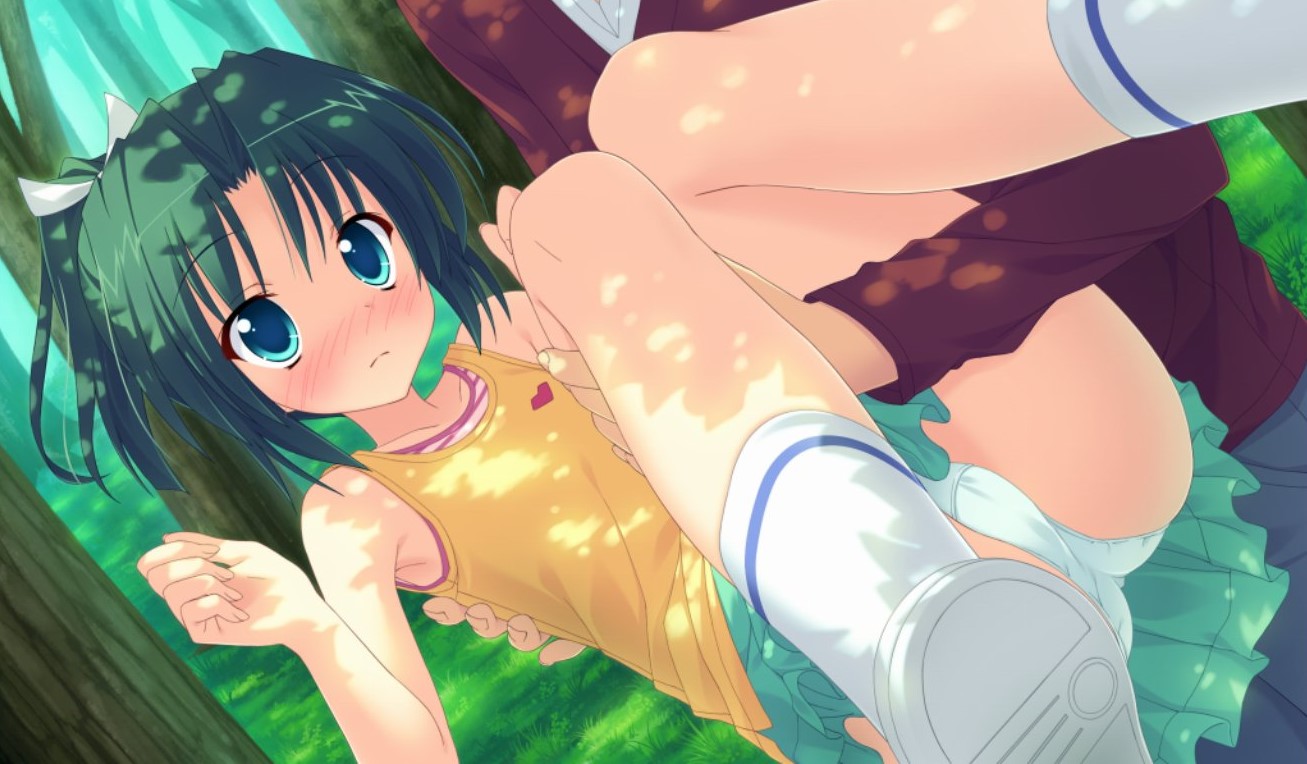 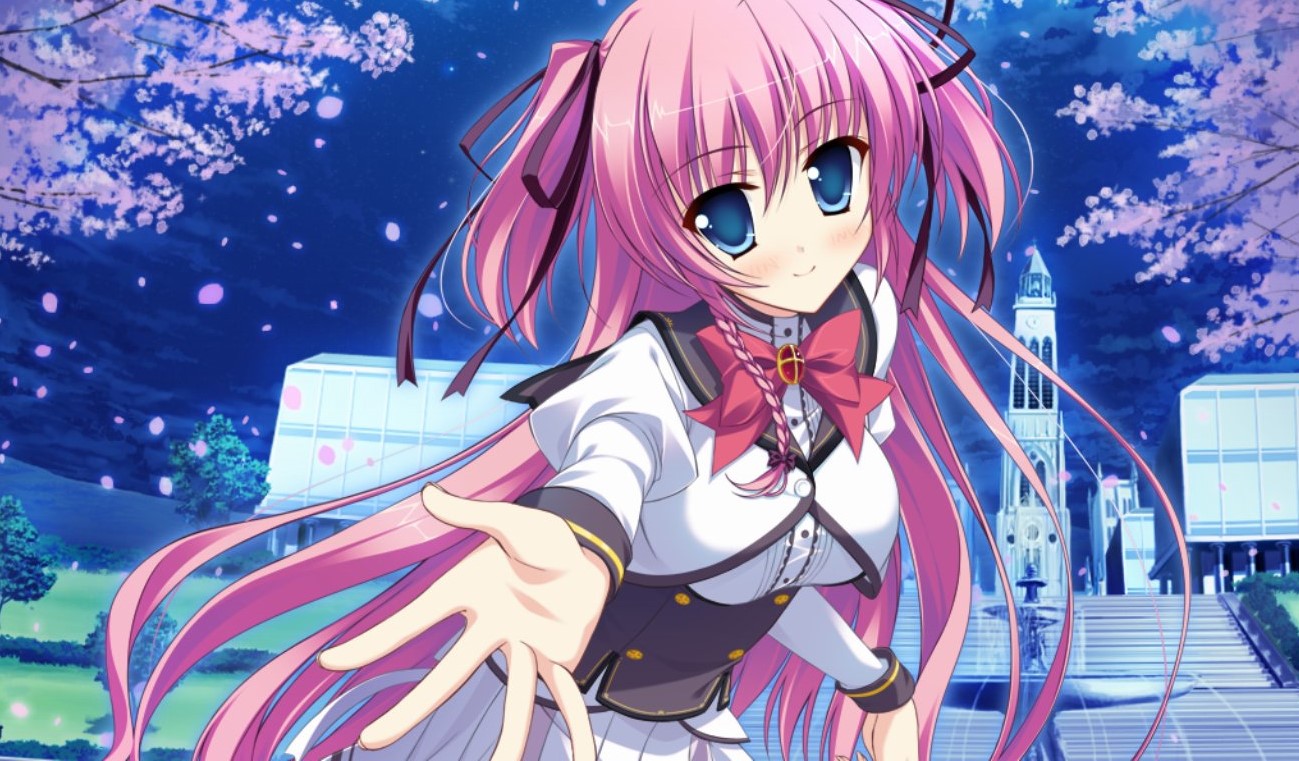 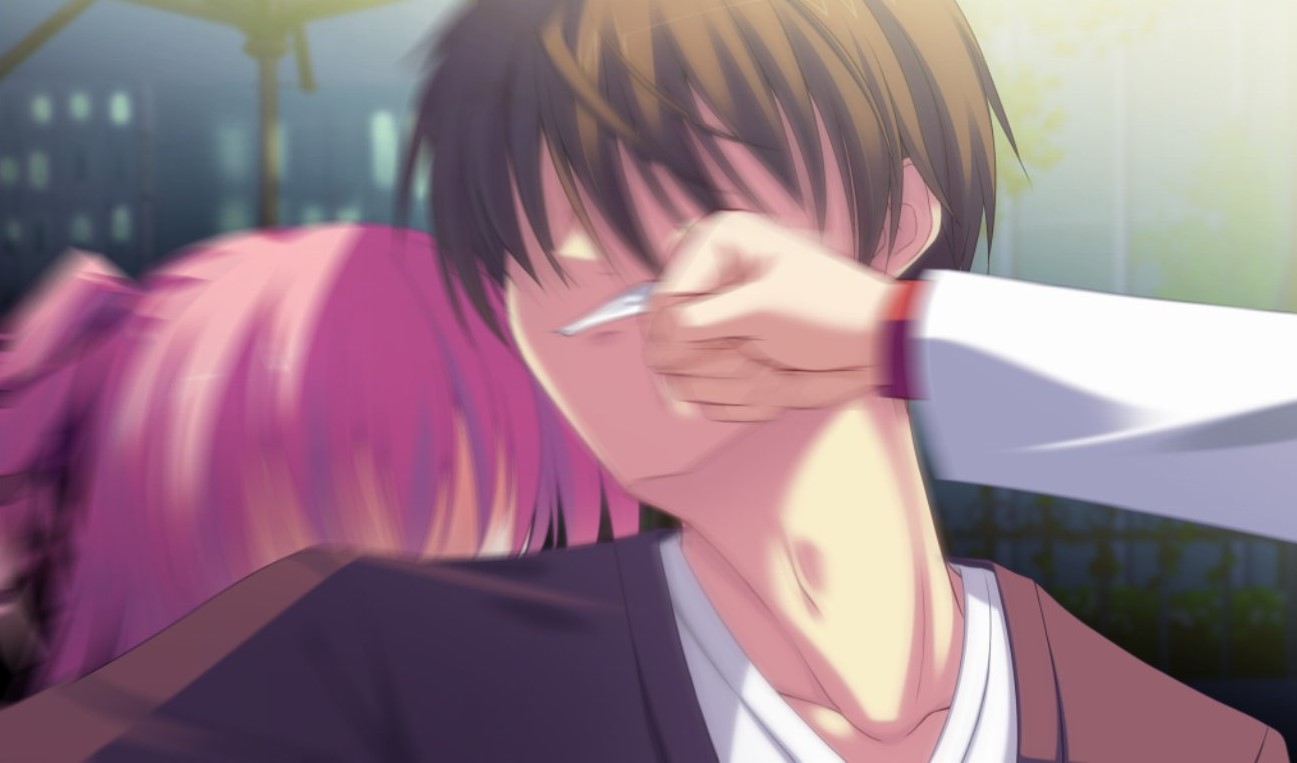 I’m still playing the game, and I’ve been disappointed that there haven’t been any choices that would let me influence the events more. The game has only offered me two choices so far. Masaya’s luck just seems to fluctuate and you can’t do anything about it. I’m hoping this will change in later chapters.

Early on, you join the White Lily Society. This group want to reform the school. However, you also frequently hang out with the opposing group, called the Red Rose Society. Everyone has their own personal agendas for which side they support. Some girls want nothing to do with Masaya and they just don’t want the school to change in general, while others outright hate Masaya and oppose any change for that petty reason alone.

Ritsuko is the leader of the Red Rose Society. She frequently states her opposition to Masaya, because she believes in following the rules. Despite that she is friendly to him, and even outright stands up to defend him. 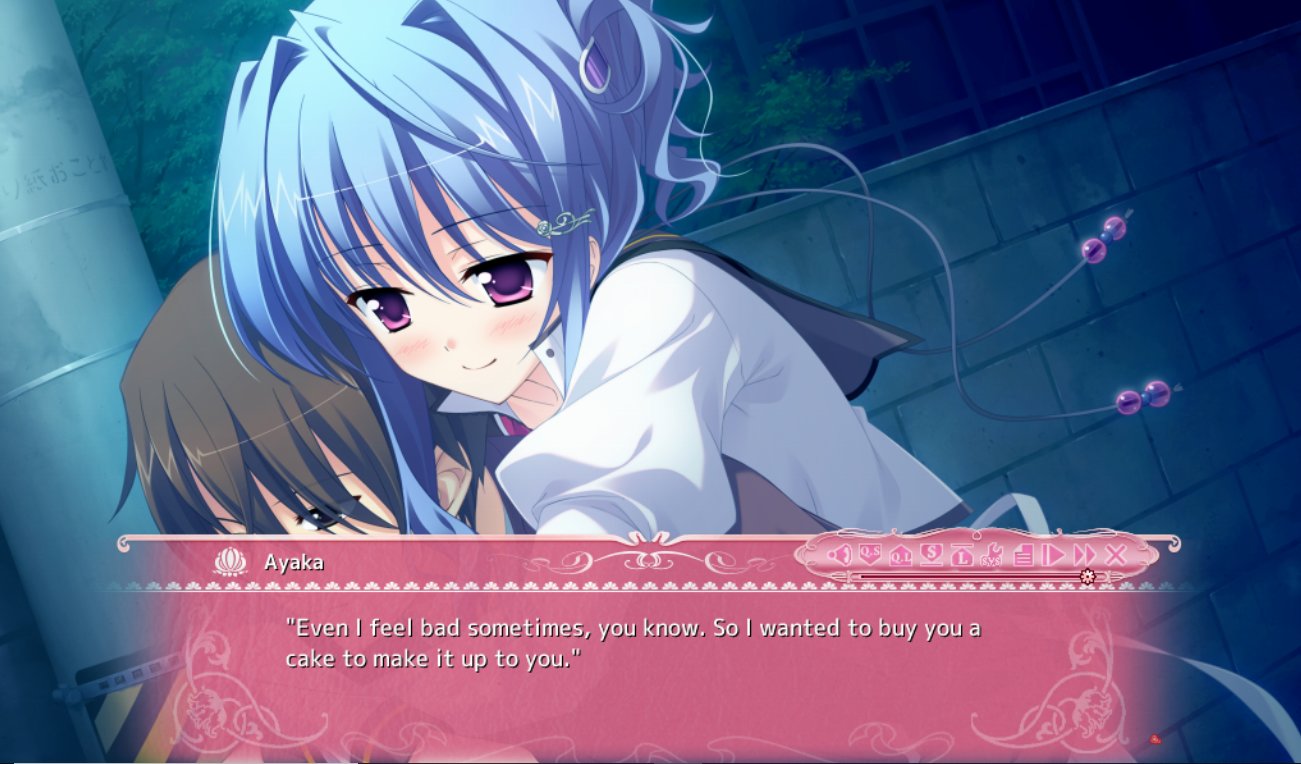 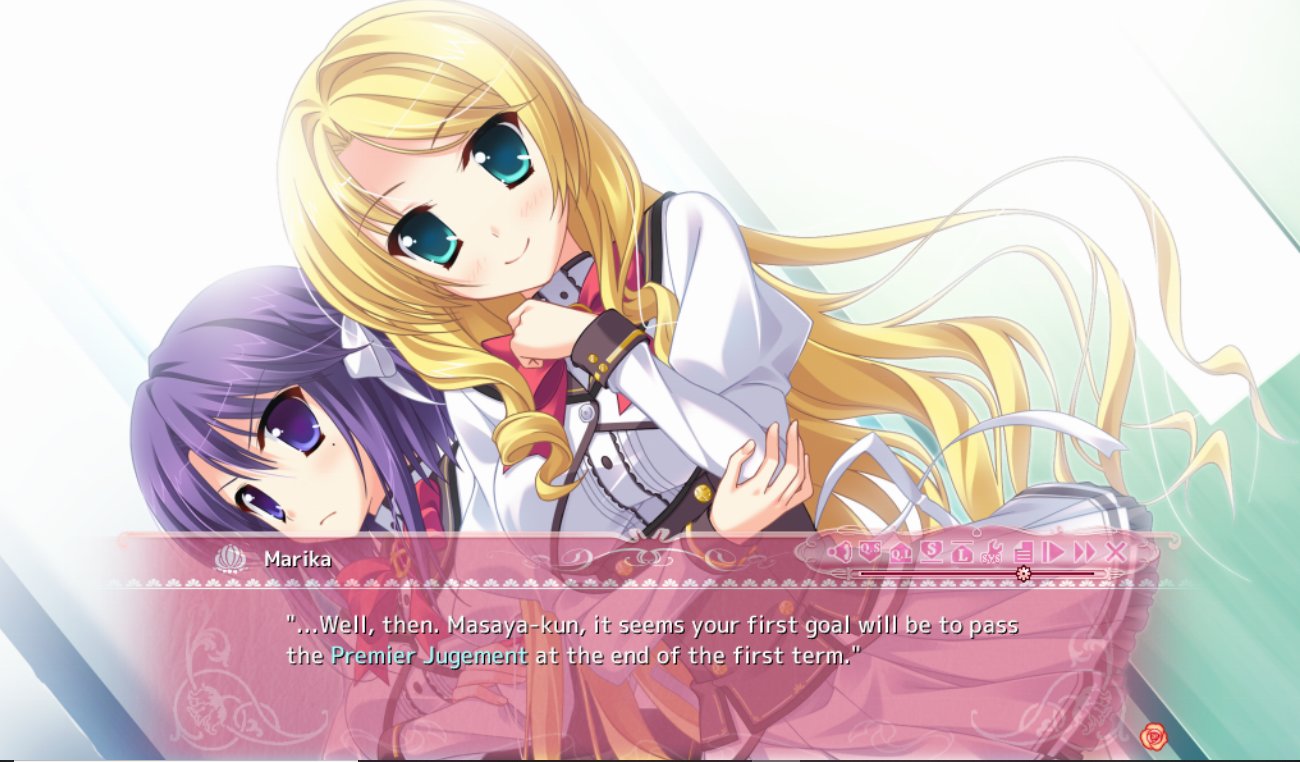 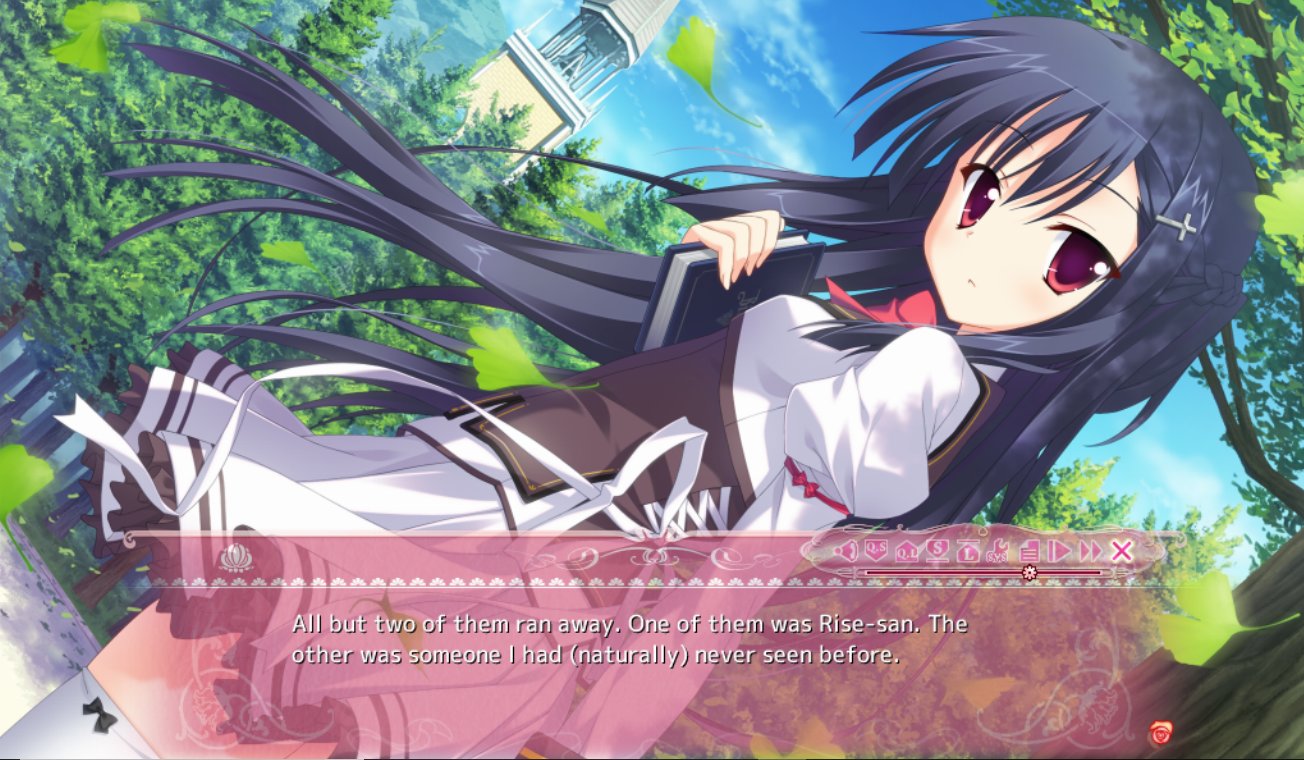 Another interesting character is the student council president Marika. She’s a member of the Red Rose Society. She’s an adversary for Masaya. At one point, her right-hand girl, Mitsuki, manipulates Masaya to enter a room where the girls are changing. It’s a staged incident, the goal of which is get Masaya expelled. Afterwards, Marika berates her for this. Marika wants to find out Masaya’s true colors and not use deceitful methods to kick him out.

The White Lily Society are not embracing Masaya’s presence either. They want the school to change, but refuse to accept a boy in their midst. When Masaya joins their roster, very soon every member of the White Lily Society leaves in protest. Rise is the only girl that doesn’t follow the herd. It’s ironic that the Red Rose Society, despite opposing reform, are much more friendly towards the male protagonist. In fact, most of the girls in that society are part of the cast of heroines you romance through the course of the visual novel. 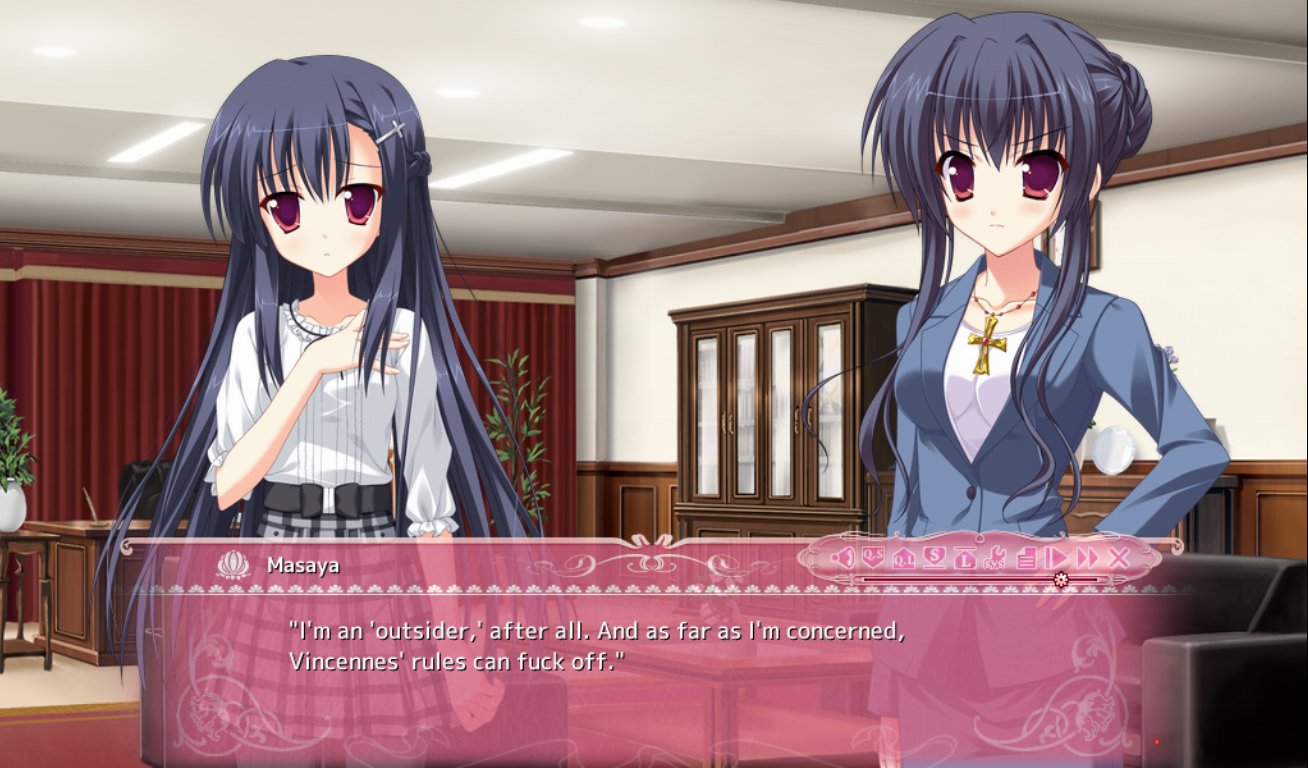 I want to give credit to Masaya. At first glance he seemed like a typical hollowed out “self-insert character”, but he knows when to take a stand and be aggressive. The plot doesn’t let him just sit on his laurels. There is even a group of gangsters that kidnap girls and demand ransom.

I’m happy that the story isn’t all roses and rainbows and pussy-pumping times. The chapters deal with adult themes. The plot is dramatic, and there is more at stake than just Mayasa’s need for sexual gratification.

This visual novel is a high-budget Japanese game from the premium studio, Moonstone. The price tag of $45.00 is more than I’d normally pay for a simple visual novel, despite its magnificent quality in every aspect from the music to the art to the voice acting. If you’re tired of plowing through low-grade indie garbage, support the developer and purchase this incredible game today. Download Princess Evangile.