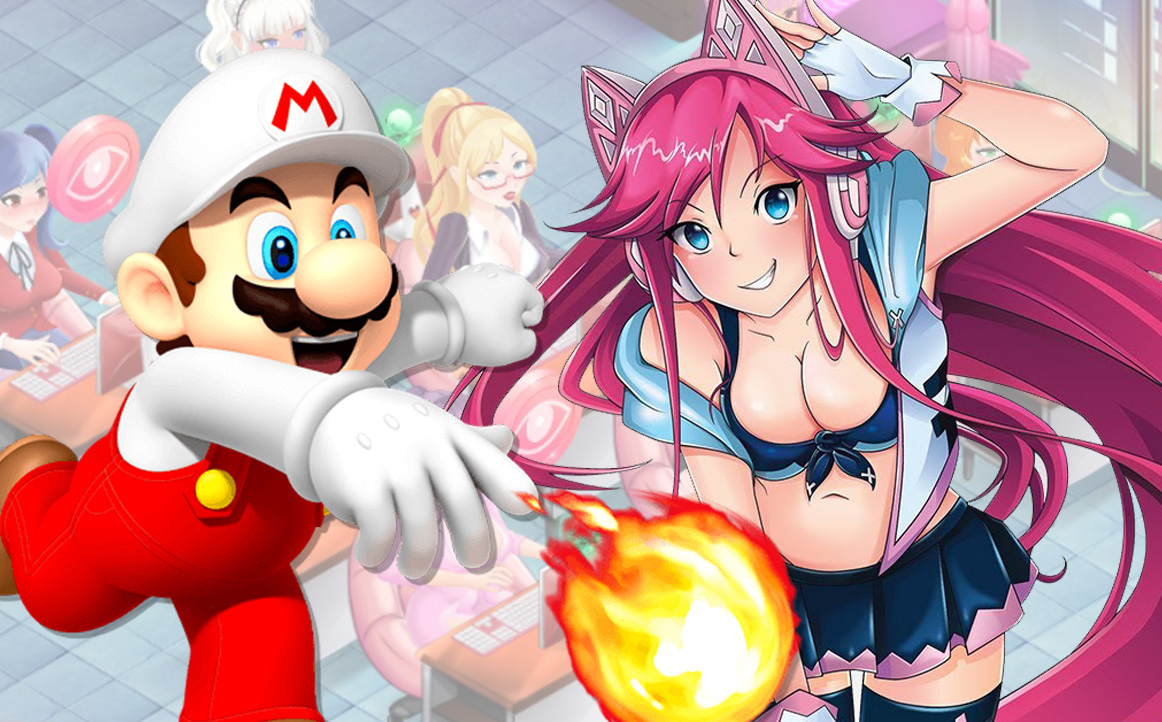 Nintendo games are puzzles. When you play platformers like Donkey Kong, or Super Mario, the joy you derive from these games is the hit you get from solving a puzzle. Levels are full of pitfalls, enemies, and secrets. You have to practice the level before you can complete it. When you finally reach the end after many failed attempts, you feel a sense of accomplishment.

It’s not just a feeling. In order to progress in Nintendo games, you have to improve your cognitive abilities. You have to memorize the level, learn enemy attack patterns, improve your reaction time, practice your jumps, and more.

I’ve built a full library of classic Nintendo games from the NES and SNES eras from the e-shop. I’m constantly surprised by the lack of addiction-inducing mechanics. There’s never any level grinding, loot grinding, or repetitive quests. There’s no achievement hunting, no fanservice characters, no animated clips or images to unlock. There’s barely even a story, even in RPGs like Zelda.

Most amazingly, despite Nintendo games seldom having more than the bare minimum of storytelling, the stories are captivating. You’re always the hero saving the princess, saving the galaxy, rescuing innocents while playing whack-a-mole with evil. You don’t even marry the princess after you rescue her – you save her, because it’s the right thing to do.

Heroes like the Mario brothers, Samus Aran, and Link, are never doing good things because they expect a reward for it. Samus Aran is a friggin’ bounty hunter, and I don’t remember anybody actually paying her to hunt the metroids.

Contrast this with Nutaku games, like Fap CEO, Booty Farm, or Crystal Maidens. The players grind through countless hours of mind-numbing content, learning little as they go. The only good lesson you might learn is that patience is a virtue. You are constantly unlocking new collectibles, achievements, more powerful loot, level-ups, and sex scenes. But merely clicking a screen to get menial rewards is not teaching you anything. Nutaku’s games are designed to manipulate the human brain’s reward systems.

Gamers spend a lot of time into their entertainment. The least they should be getting out of their playtime is enhanced problem solving skills. I was always a bad student, but at least I learned things from the games I played instead of doing homework.

It’s not cool that players are bribed to keep playing a game. They should be forced to learn at least something in order to progress. Getting rewarded for doing nothing is corrupting to the soul.

Players should be punished for sloppiness. Players should be pushed to improve themselves. It’s the hardest lesson to learn in life, that every corner you cut, is cutting off your road to a better life. Games can teach useful lessons, when designed right.

I play Nintendo games precisely because they punish me for sloppy execution. I cannot afford weakness when running a business. I have to be sharp and focused and maximally motivated. I need to keep my brain sharp at all times.

Nintendo games are my crossword puzzles. No matter how many times I’ve completed Donkey Kong Country 1, 2, and 3, I can still botch a jump and fall into the same pits as 20 years ago. That’s great design.

I played the first Super Mario Bros at my cousin’s house back 25 years ago. I still can’t beat it without abusing warps.