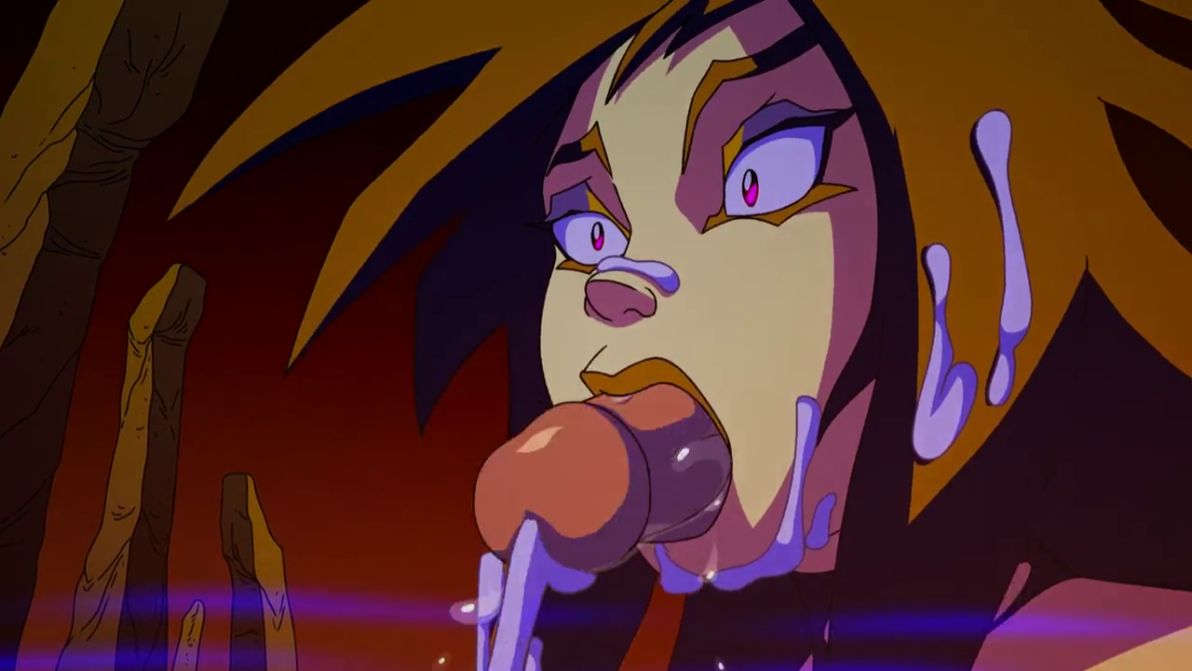 The ghostbusters are busy vanquishing ghosts when one of them kidnaps Kylie Griffin. The ghost brings her to the ghost world, and grows a massive cock and has its way with her. With her brain reduced to a fucked mess, she pisses off another ghost and gets rewarded for it with a magical brainwashing stone shoved up her ass. The rest of the runtime is filled with scenes of Kylie getting fucked by numerous different ghosts.

The animation is top tier. It has the style and colour of the original series. The animators manage to recreate the look and feel of the episode so well you could be forgiven for thinking this is a lost NSFW script.

The motion is fluid. Sexy camera angles make the episode a visual spectacle. The ghost realm where Kylie is fucked is a brilliant mixture of red shades that feels like Hell and keeps the viewer in a tense mindset. The world is further detailed by floating rocks, bizarre psychedelic imagery. The camera angles highlight the size of the ghosts’ cocks.

The voice work is fantastic. OolayTiger gives a stunning performance as Kylie Griffin. She captures her wise-cracking personality while she’s engaged in hardcore nut-sucking. Her delivery is on point and her moans exquisite. Listening to her getting her mind fucked out of her body is enough to get viewers rock hard.

The sound effects library is large. There are effects for virtually every action. The sex sounds are especially prominent as Kylie experiences the fuck of her life. Vaginal sex is loud and rough while ectoplasm creampies sound wet and gooey. Hearing a ghost blast its load all over Kylie is wonderfully sexy.

The soundtrack features a sexy goth rock number that dominates the story. It is fantastically dark with well-thought out lyrics. It pays homage to the original ghost busters animated theme song which always made me think it was being sung by a cult of satanic worshippers.

The animators pay additional homage by kicking the episode off by playing a bit from the original theme.

The rest of the episode is mostly bare with atmospheric sound effects taking charge while Kylie in the ghost realm. The gothic chanting and ominous wails create a perfectly spooky feeling.