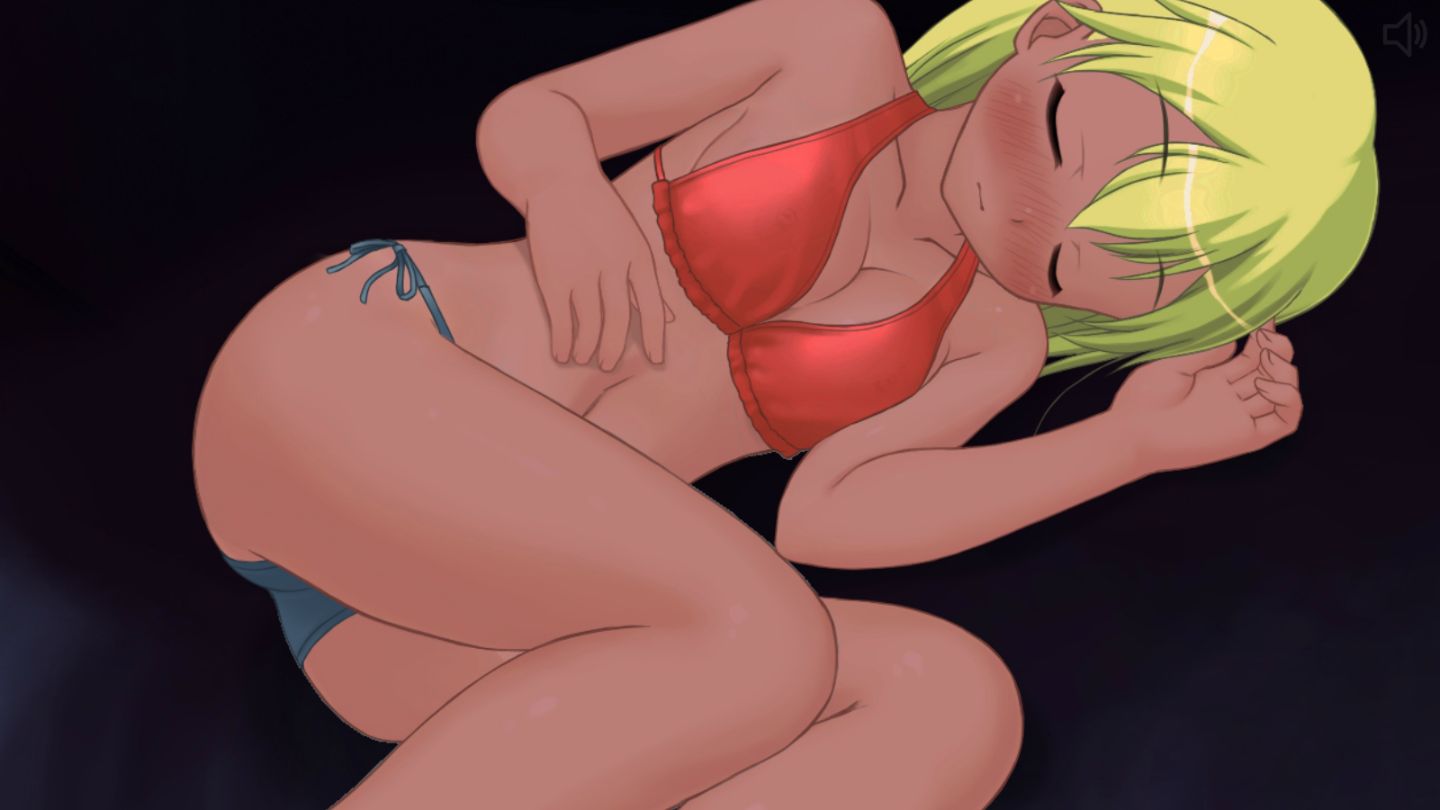 You’ve been stranded on a desert island with a sexy lady! Completely alone, will you control your lust or try to take advantage of this innocent girl? There is no police force or justice system to punish your penis, so break a leg!

You can support the developer on Patreon here.

The game is short with only a handful of decisions, but has lots of cheats and endings. Half of the endings involve forcing yourself onto the girl, while in the other half nothing happens. There are also romantic endings available.

There is no music, only atmospheric background tracks. The writing is quirky, but relies too much on pop culture references. For example, after a wardrobe malfunction, you get a Janet Jackson reference. The jokes can be pretty lame.

You can customize the experience to your liking with cheat codes. Is she your cousin, your daughter, your sister, or just an old friend? And do you want her wearing glasses, or perhaps with elf ears? You decide!

The game has a heavy emphasis on forced sex. The writing style is realistic. The forgettable plot with boring jokes makes things even worse. If you like themes like this, the game is free for you to enjoy.

Recommended for fans of forced sex and wincest. Download Crusoe had it Easy.