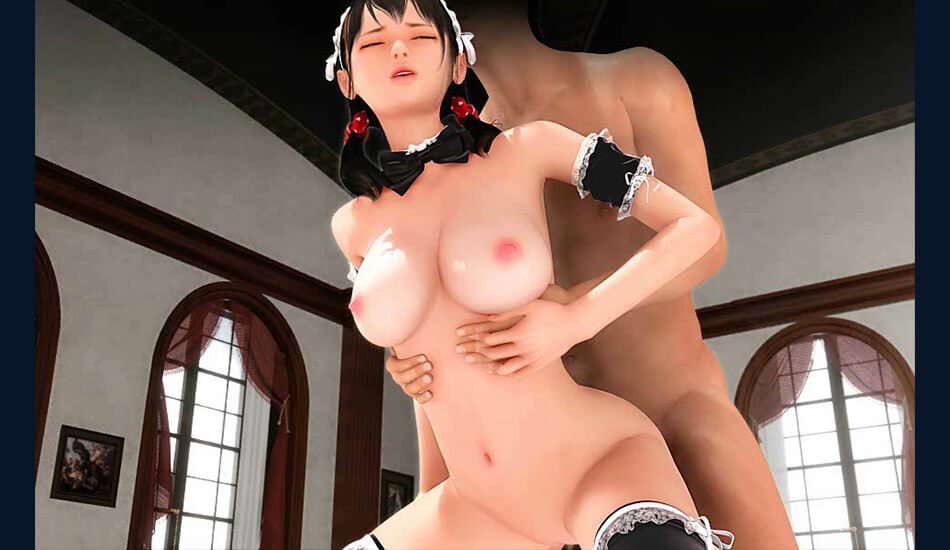 While the first game explored your naughty maid giving you “sex lessons” for the future, in the sequel, those sex lessons are over. Your naughty maid has heard you plan to marry soon, so this is the last time you’ll be having sex with her. Of course, the plot twist at the end of the game is that you will marry your super naughty maid! You propose to her and she immediately says “yes”.

This small plotline alongside the addition of English Subtitles makes the sequel a fantastic improvement when it comes to meaningful dialogue. Gameplay is still the same. Watch sexy scenes play out and occasionally choose the next position you want. Other than that, you can sit back and enjoy the show as your naughty maid does everything she can to pleasure you.

Graphically, the sequel has fixed the glaring issues of the first game. While in the first game, animation loops were short and obvious – Super Naughty Maid 2 has incredibly fluid and realistic animations that keep players immersed in the moment.

The Music in this game has also been significantly improved upon. While the predecessor was relatively forgettable, Super Naughty Maid 2 has placed a greater emphasis on sound design with a beautiful title song and a lovely piano melody.

While the first game utilized mosaic censorship for both characters, Super Naughty Maid 2 is fully uncensored with nothing hidden from view. Another improvement is a more intuitive user interface. All buttons are at the bottom of the screen and can be easily hidden with the spacebar.

Altogether this game is almost perfect, except for one fatal flaw. While Super Naughty Maid 1 had quiet sex sound effects that were realistic and believable, its sequel does not. The titfuck sounded like you’re sticking your hand in a bowl of jello. It was way too wet and squishy, sounding more like a water-park than a sex act.

Visually, the sex scenes are just perfect. I loved every movement, every bounce, every sway of the hips. Gorgeous visuals and a cute little plotline make this game a must-play. Download Super Naughty Maid 2 at Nutaku.net!