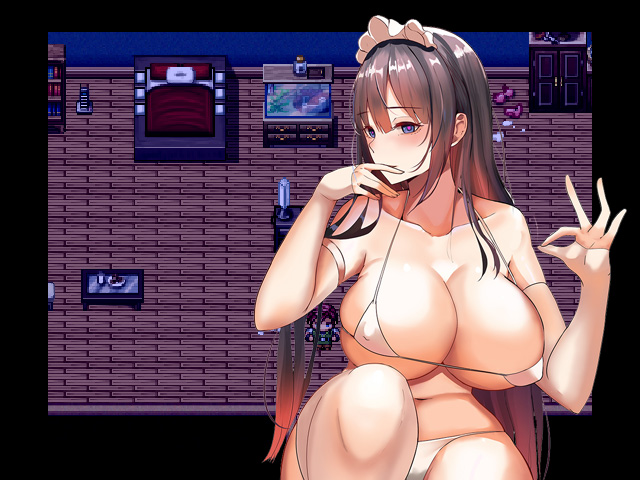 The plot is pretty absurd, but for a Christmas themed game, I enjoyed it. I never realized how hot Santa Claus could be until I tried this game for myself. Your daughter is a virgin, you haven’t satisfied your wife in years, so its only natural that a big dick Santa character would come through the chimney! He’s there to make their wishes come true, and that means no condoms either!

In all seriousness, there is an actual plot. You slipped viagra into his cookies and milk, and he needs to get soft before continuing his deliveries. Your glasses break, so you can’t really see what’s going on. There are tons of close calls where you ALMOST walk in on them, but you, the clueless husband and father, will remain unaware the entire night long.

My only complaint is the use of stock RPG Maker assets. Every inch of the house is generic, and I wished for some kind of unique visuals. Of course, the developer instead focused on the animations, so I suppose that makes up for it. As a Patreon title, it’s available completely for free, so you can try it at your leisure. If you want a simple and free cuckolding game, check out Merry H-Mas today!