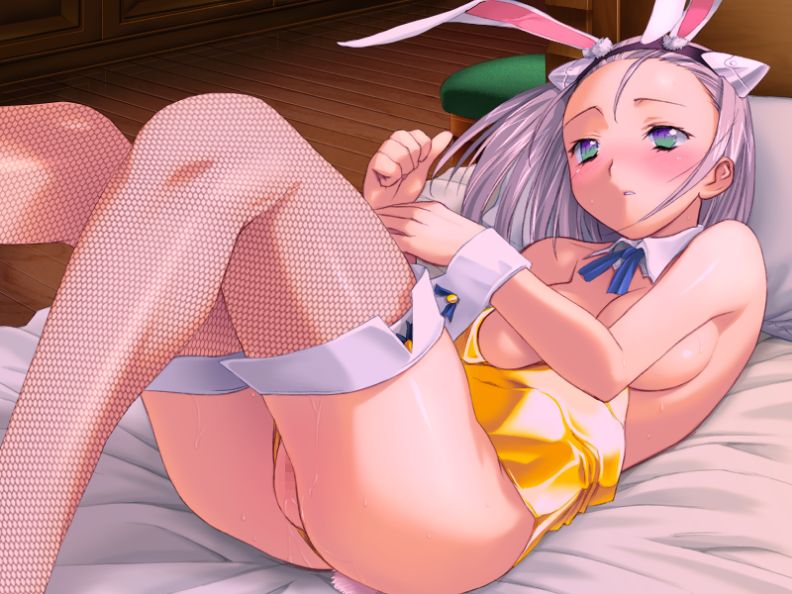 Your master, the greatest alchemist to have ever lived, has died. What he left behind was his legacy, the ultimate support partner, the “Doll”. She’s a real cutie too! Together you and this girl will conquer the dungeon and honor your master’s legacy!

This game was originally sold in the limited edition “Alice’s Cottage 7”. It came out before the prevalence of internet downloads and was never released digitally. This game is not commercially available at the time of writing. Download this game for free here.

The game allows you to change the default names of your character and your doll. The names are “Master” and “Hiyopin”.

This game offers absolutely no story whatsoever. When you boot it, you’re automatically dropped into the player home with no explanation. All of the setup comes from the AliceSoft website.

Your Master was an alchemist hoping to explore the mysterious cursed dungeon. Anyone who enters the dungeon will have all of their power drained until they’re back at level 1. But this curse only applies to humans. Your doll is unaffected. Level up your doll and find items for your character. By the end of the game your equipment combined with your doll’s power will be enough to conquer any challenge!

Despite the title of the game, there is only ONE dungeon and ONE doll. The ending of the game was one of the best I’ve ever read. But besides the ending, this game offers no dialogue or story events.

Dungeons and Dolls was created by AliceSoft back in 2004, before the prevalence of game engines like Unity and RPG Maker. Many resources used in the creation of this game are no longer available. For example, desu.ru used to contain a file archive until the domain was bought out by another company.

The core gameplay loop is to kill monsters to level up your doll. You will also find equipment items that boost your strength. Every time you enter the dungeon your level is reset back to one, so these equipment items are vital to your success!

This game is notoriously grindy. There are 160 levels to the dungeon, and the equipment drops are completely randomized. Some players will find great equipment and breeze by, while other players will have to keep killing monsters and grind out the levels.

For example, there are items that make you level up faster. I didn’t get one until I played for three hours straight. Other players however, have reported it was one of the first items they ever got. Lucky bastards!

I highly recommend once you enter the dungeon, to press ESC on your keyboard. This allows you to speed up the combat animations. Combat is done automatically in this game. The focus is on your equipment and your ability to find treasure chests.

The lack of a story or sex scenes to break up the monotony is a huge negative. This game takes at least twenty hours to complete. It’s only enjoyable if you have a podcast or something playing in the background.

The art is Japanese anime style. There are only 11 CGs in total. However, your doll has tons of clothing variants.

While sex was basically ignored by the developer, the enemy sprites were not. You fight a crazed ghost, a rotting zombie, a warrior mouse, and so much more! The enemy design is incredibly cool. With 160 levels to the dungeon, there’s always a new enemy to face you. I looked forward to going deeper, purely to see what new monsters I would find.

Dungeons and Dolls has no voice acting.

The sound effects in this game are licensed assets sourced in the game’s readme file. The lack of a magic system means that you’re stuck with sword slashes. There aren’t any sex sounds either, so the game is pretty quiet. They should have at least changed the sword sound depending on the enemy you fought! A zombie has different insides than a ghost, so it should sound that way!

There are only a handful of songs on the soundtrack, but they’re damn good! AliceSoft has always had a talent for music. The most memorable song was a unique clarinet track for the player home that genuinely feels like an autumn log cabin. It was strangely nostalgic and almost made me cry. Of course after 20 hours that wore off. The lack of variety is very noticeable.

If you liked this game but want a modern and streamlined experience, then check out our review of Drain Dungeon.

Yuri Visual Novel Review: Why Is There A Girl In My House?