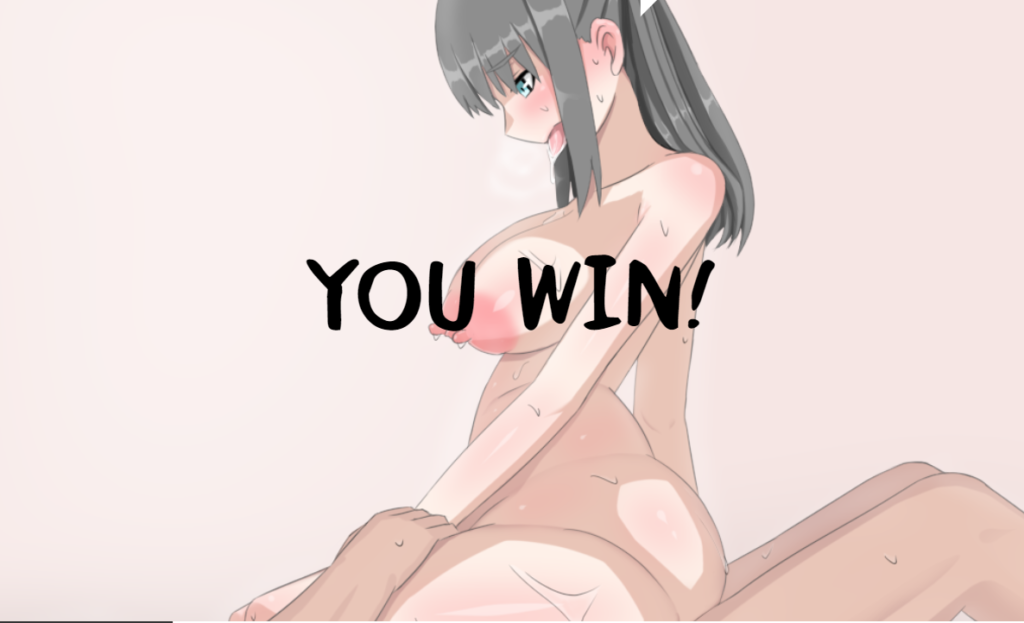 It’s time for a game of rock paper scissors with the beautiful schoolgirl Aisa. If you win, you’ll get to fuck her pussy! If you lose, at least you’ll get to see her naked!

There is no overall story.

Aisa is a tricky player! Sometimes she’ll say “I will pick paper”, and then throw a rock. Other times she’ll say “I’m picking paper” and actually will! She’s pretty impossible to predict, so go with your gut and try your best! The game is under an hour in length.

Whenever you finger Aisa, or she strokes your cock, there are simple sliding animations. Besides that, the game relies on CG images to depict your progress. So as you win more games, you’ll get to see her strip down to her underwear or even less!

There are four CGs in total. Two are obtained by winning and two are obtained by losing. The two sex positions are missionary and cowgirl. Aisa’s hips and pussy are absolutely gorgeous. I wish we could see her blushing face and witness her embarrassment as we undress her.

The primary sound effects are for when she strokes your cock or when you finger her pussy. While it doesn’t sound the most realistic, it gets the point across without being too vivid or dramatic. I actually enjoyed the quiet presentation of the game overall. It’s a simple girl playing a simple game in a quiet room. Too many sound effects would have ruined that.

There is one stock track that plays throughout the game. A digitally synthesized violin creating background music is nice in that it focuses your attention on the game itself. However, I would have loved if it switched to a faster pace the closer you are to victory.

In spite of being a simple game, this lewd variation of rock paper scissors may actually be fun to try in real life. She is fully clothed at the start of the game, but you are not. Every time you win you can remove a piece of her clothing like a skirt or shirt. Every time she wins, she gets to jerk you off for five seconds or so.