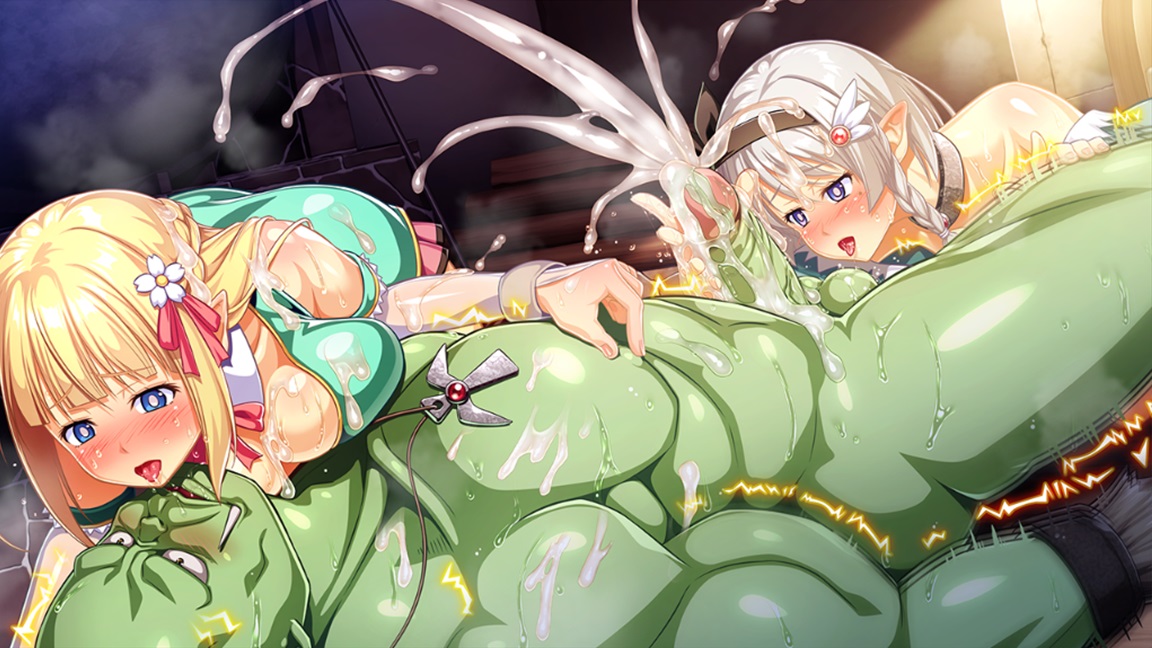 Donovan is brought back to life a few minutes earlier and quickly cock blocks the girls from fucking him. He allows them to stick around when he learns they have been abandoned, but remains adamant about not having sex with either of them.

The rest of the game is a fun romp with a simple formula: Donovan and the girls will go about their day, he’ll be tricked into one of their schemes where they have sex with him, then he’ll die, have a conversation with the mysterious voice, be brought back and use his foreknowledge to turn the tables on Myshla and Eymie. Some of these escapades include saving the girls from a bear attacking them, going on fishing trips with the duo, being tricked into a magical chastity belt that fucks him in the ass while growing his penis larger. Myshla and Eymie also get hypnotized to behave more lady-like and obedient. The number of scenarios is many, making for a satisfying romp.

The game has sprites for Donovan, as well as the harem girls. Sprites have a handful of facial expressions and poses. The game reserves the funniest expressions and one-off poses for special CG renders that puts you in the mind of watching a rom com anime. Certain scenes will depict sprites with abstract backgrounds for either comedic or romantic effect.

A small, but fun bonus of this game is the depiction of the chapter number and name in the upper left corner of the screen. The outlandish names don’t need to be there, but I’m glad they are.

Sometimes, the CGs will vibrate to simulate fear or anxiety. Other times the camera will zoom in on a character while maintaining the high quality of the image.

The background artwork is super rich in detail. It pops when you look at it and depending on the setting, puts the more simplified art style of the sprites to shame. The game spent a ton of budget on environments, incorporating morning, afternoon and night variations.

The menu allows you to do the typical stuff like save, load, adjust text speed and volume and resolution, but you can also change the dialogue box opacity, turn off effects and animations. There is a Music Library where you can listen to your preferred songs from the game. In the CG Viewing tab you can fap to your favorites.

I did experience two seemingly unknown game crashes during my first playthrough.

The sounds library is vast. All the noises, ranging from real to anime abstracts, do a fantastic job of making the world feel alive. Water flowing, fabric rustling, footsteps treading on different terrains, make up only a handful of the many sounds you’ll hear while fapping.

The musical selection is on point with each track fitting their scenes. Most of the songs are lighthearted and wholesome, playing up the romcom aspect of the game. Each track has a distinctive tone and is easy on the ears. Unfortunately songs loop with noticeable pauses and breaks.

In another scene, Eymie is the one bouncing around on Donovan’s dick in the bathroom. After the latter is revived, he turns the tables and sucks his frustration out of Eymie’s massive melons.

Download Lustful Elves and a Moral Orc, you support this site and our comics.