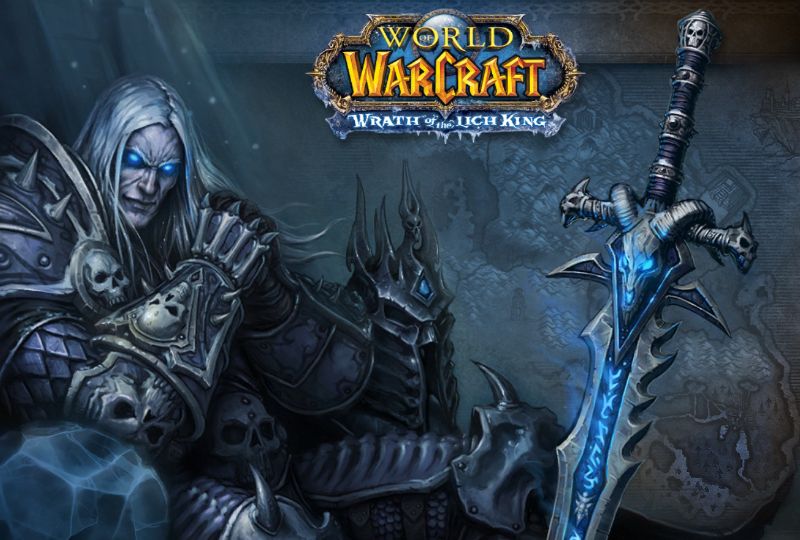 I was an edgy teenager when World of Warcraft was new. When Blizzard Entertainment announced in 2019 the launch of new classic servers, which would host the original game from 2004, I wasn’t initially interested. I’ve now played this old nostalgic game for like 3 years, and it’s been a fucking blast.

Back in the day, I was more motivated to play this than do my homework. Raiding, grinding, and PvP always interested me more than school books. I now know enough about game design, brain chemistry, and other shit, to draw useful lessons from it that can be used to improve productivity and your overall quality of life.

There’s a reason why you’d rather play games than study. School is boring, because teachers and politicians who design the curriculum don’t apply data-driven insights about human nature into the teaching methodology, insights which the gaming industry was forced to figure out, for companies to not die. It’s the beauty of the free market, that companies who don’t understand human nature go bankrupt, leaving the market open for less stupid companies. Now, let’s discuss why games like World of Warcraft are more interesting than school.

Near-instant gratification. School has the issue that the rewards for reading books tend to come years later. In contrast, games offer constant rewards for progression. These jolts of dopamine increase your motivation to play.

Teachers do a poor job of explaining just how important subjects like mathematics are once you start budgeting your monthly income for expenses, let alone your taxes. Because you don’t make much use of what you learn, you also easily forget much of it – though not completely, the memory imprint from all the studying is permanent, and easily revived with a little reading. But it’s hard to keep doing something that yields such slow returns. Can you find hobbies or shit to do that forces you to apply what you’ve learned? If you’re learning French for example, why not plan a trip to France as well? Don’t just read theory, apply the theory, learn hands-on what is true and what is not.

Permanent life-easing upgrades. The allure of spending tens of hours to acquire gear is that every piece is a permanent qualify-of-life improvement. You’ll kill monsters faster, eventually never run out of gold, PvP against scrubs becomes equivalent to cutting butter, raid bosses start dropping like loot pinatas. You go from scarcity to abundance!

It’s motivating to have permanence. This is also the importance of property rights; When the government cannot take the fruits of your labor away, you work harder. Work becomes self-expression, it becomes your lifestyle.

The competition. In MMORPGs, you are always competing with other players to rise in the social hierarchy. Raiders compete for higher DPS numbers in charts. Guilds compete for world-first boss kills for renown. PvP players compete for ranks and titles. You should compete with your classmates, make it a goal to beat them in academic achievements.

Winning feels good. Winning is important. But only if you actually win a harsh competition does it matter. You have to be pushed to overcome personal limits. Participation trophies cannot feel the same, nor should they.

The collection aspect. You don’t just grind for useful things, but also mementos, items with memories attached to them. You’re writing your story by collecting trophies that have nothing to do with improving your performance.

I’ve personally stored old PVP sets from past arena seasons, plus some old level 60 raiding gear on my fury warrior. These items take up bank space, I rarely ever look at them, but they’re there, and I feel at peace knowing that. These mementos are part of my personal story. Collecting them feels meaningful.

Are you collecting mementos from school? Things that would signify accomplishments? You can produce your own trophies and have them displayed prominently in your room, so you have constant reminders of your successes.

Social aspect. I believe firmly that your work should be socially connected. Our nervous system is wired to desire social connection. Without regular human contact, to share your experiences, you’ll go insane. Multiplayer games are immensely popular because of the social aspect. Without that, the monotony of the grind is just unbearable, so find ways to make your studying more sociable. Form a study group!

Warcraft is a beautiful game, despite its age. The game world has lush forests, imaginative dungeons, both well-kept farmlands and rancid farmlands filled with zombies! Some areas, like Storm Peaks, have breathtaking architecture. The space you occupy the bulk of your time, be it your room, a vehicle, or a cubicle, should evoke your inspiration. Decorate your personal space.

The game designers of WOW have focused on endgame content mostly, and never really thought about enhancing the experience for players who want more immersive storytelling, or an engaging trading system. Real-life is the same, there’s lots of shit to do that doesn’t have an incentive infrastructure. You’ll have to creat your own reward-system, such as a company. In real life, you can become the absolute king of a small niche of the world economy! Your company can become the best at something very small, like semiconductors, and be the best at it!

The Taiwan Semiconductor Manufacturing Company is one of the most important companies in the world. Their schtick is pumping out high-quality semiconductors, that are used in personal computers and other electronic devices. Something very small, that you’re very passionate about, can become the center of your life, thanks to the free market!

I have big motivation to write about this game, because my websites require constant updates to keep readers coming back. This is another key thing to motivation: Your activities should always somehow benefit primarily you. If your work can benefit you and others, that’s the golden grail. Selfishness combined with altruism is the golden grail.

On that note, here’s a gaming website I frequent a lot. Try their games for free, and I can keep writing comics and illuminating content like this piece you’re reading. Spank her!

Celebrate progression. My last epiphany regarding motivation is that you should take the time to smell the flowers, you know? Even if your progress is slow in whatever you’re doing, celebrate it. Give it personal meaning. It absolutely does not matter if it’s the smallest baby steps, celebrate it! Good games shower you with cheerful audio cues and visuals whenever you hit a milestone goal. Produce your own rituals, to celebrate victories, and perhaps failures too?

How to Make Money in a Crazy Economy: Lessons from World of...