Otakusexart Fantasy Novel: Journey Into The Source of Light – Update #5 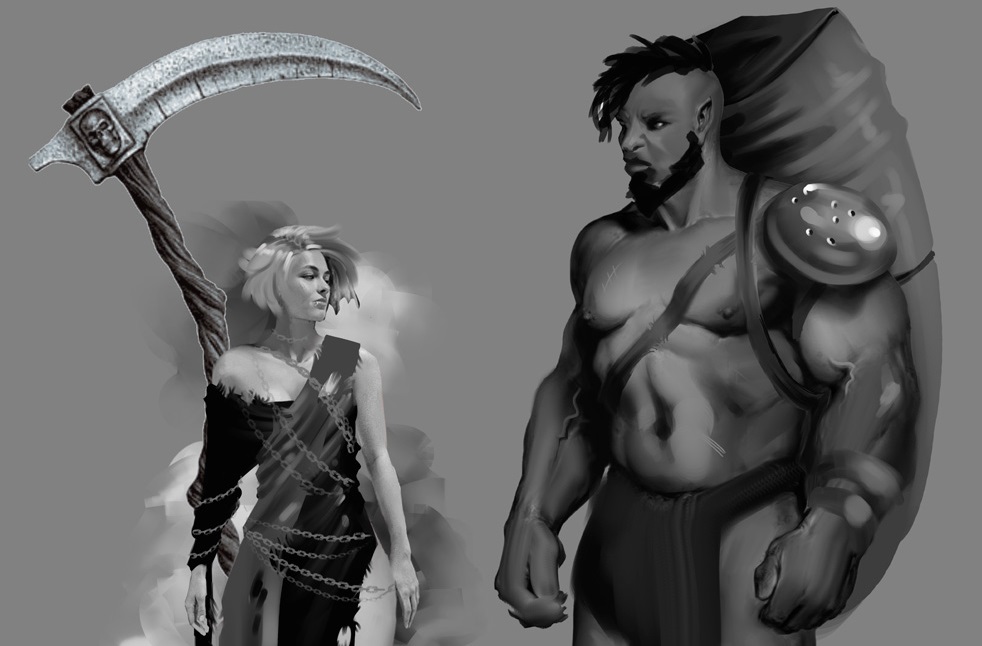 First chapter, Necromancer in The Desert, read at novel.otakusexart.com

Second chapter, The Dead Are Digging, read at novel.otakusexart.com

Third chapter, Orbituary of The Universe, read at novel.otakusexart.com

Fifth chapter, Fuck The Eldritch God In The Ass, read at novel.otakusexart.com

The basic premise is, with the potent magic their bloodlines hold, the people of the world should be populating the stars. Instead, the three dominant populations live in a theocratic medieval police state, a spiritually dead military state, and a socially incohesive sham democracy. Those are the remaining civilizations, the rest were destroyed for reasons that were never fully investigated. Two orphaned brothers who grew up in a monastery are searching ancient texts for healing spells. One of them is sick with a seemingly incurable mysterious illness.

As this content is so far removed from my pornographic work, I’ve created a new website to host it, as a subdomain of my comic site. As the URL is a so-called subdomain, it cost zero dollars to make!

The story is inspired by all the coolest medieval fantasy literature and spiritual shit I used to read. There’s elements of religious mythology, occult, pseudoscience, videogame ideas, political dimensions, social commentary, all kinds of stuff I’ve found fascinating and wanted to weave into a cohesive experience.

If you’re interested in the art of writing, also read my tips on how to overcome writer’s block.

Here’s some concept art to get you guys interested, below them is the synopsis:

A world at the edge of the universe. The near-lightless sky has but a few stars at night. Every few thousand cycles, they become fewer in number. As if something is devouring them.

This world has no sun, it is its own light source. Eternal summer. No storms, no earthquakes, no natural disasters. Paradise. Or so it should be…

A strange affliction plagues the nations of this world. Robbing its victims not of sanity or their health, but their mortality. These deathless men bring untold havoc to the world, ending entire civilizations.

There is a legend. That in birthing the world, the two gods awakened something in the dark. Something with a mind but no form. A venomous whisper worshipped through the aeons by maddened cults. Two lidless eyes that stalk the sleepers. Choosing its champions to carry out its ravenous carnage. The gift of undeath. A prayer, to extinguish the last lights of the universe, so it may sleep again.

Bloodlines dating back to the beginning of creation have been muddied. But they are not lost. A secret organization with remembrance permeating the ages seeks to maintain a dying world order, by any means necessary, hunting the deathless, isolating old bloodlines.

This silent war is in vain, and they know it. The last hope for the world is to die slowly. Resolved to lord over a slow decay, they fight in the shadows, as whisps with scythes.

Hunger is growing. A great famine threatens populations, as the nights grow longer and longer, as if whatever has been feasting on the stars is walking among the living.

A consensus is emerging among the leaders of nations that survived the genocides of past centuries. The study of ancient legends and languages cannot be allowed, lest the people would understand. Why their families are dying. Why the nights are long and where the stars are going.

The historical society, politically neutral academics collaborating across the borders of nations, is persecuted, forced underground. Their study of the oldest known language becomes forbidden.

But not all is lost. The keys to salvation may yet lie in ancient texts, but the truth is elusive. Old records are altered, to fit whatever petty political reasoning justified the retouching at the time. The image they paint of times past may all be lies.

Two brothers from a desert city are hunting for these stories. If only there was more time…