Home Rants How to Make Money in a Crazy Economy: Lessons from World of Warcraft
Rants 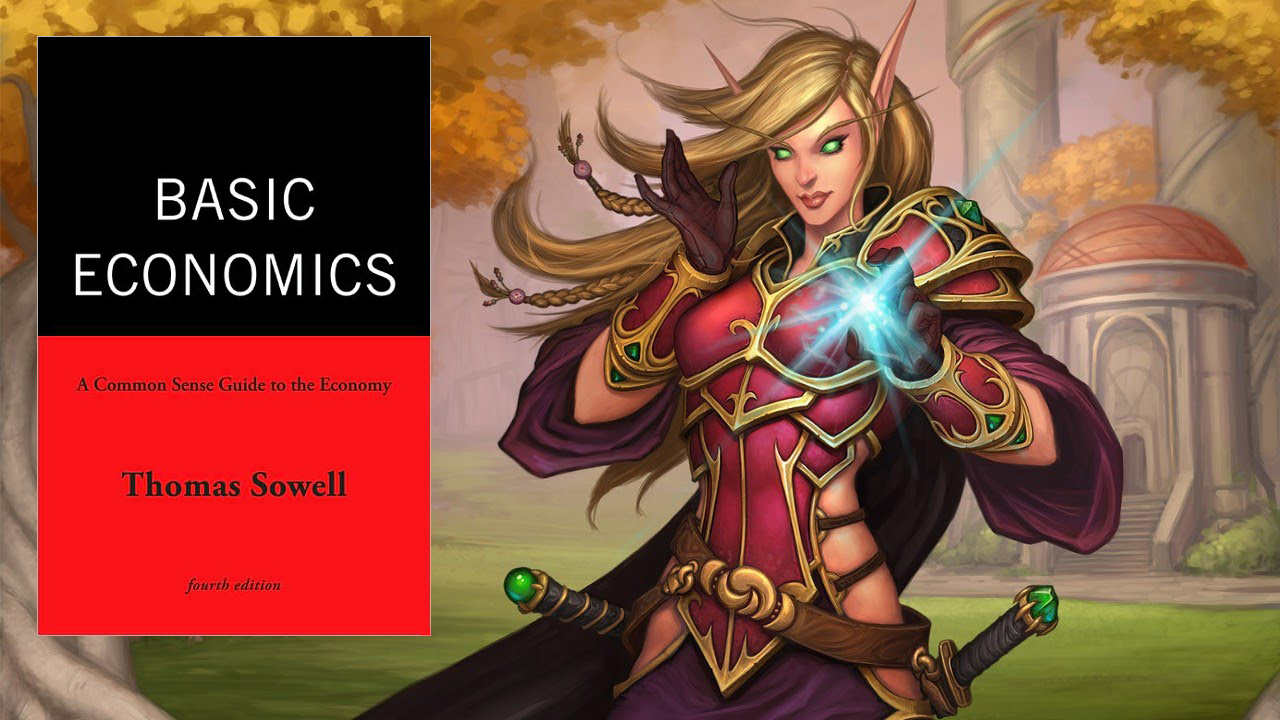 This past year, I’ve played World of Warcraft during my free-time. The game has helped me stay sane, while the world news have been dark and full of terrors. I have been playing The Burning Crusade Classic, the official re-release of the game by Blizzard Entertainment. In the past few months, my playtime has been focused heavily on making gold in the auction house.

The prices of items sold in the auction house have been turbulent during the Overlords of Outland content patch. The main reason is, the Burning Crusade always lacked content, and bored players are not farming items to put on sale. Besides a few weekly raids, there is little to do for high-level players who only care about PVE. My realm has been full of players complaining the game is dead.

I have three max-level characters, all highly geared, yet I find myself fighting boredom on a routine basis. Lack of fresh content is another reason why I’ve dedicated so much time to the auction house to even write a blog post about my hustles.

There are several reasons why the World of Warcraft: The Burning Crusade is the perfect simulation of our current world economy, with its jammed supply lines, rampant inflation, waves of business bankruptcies, the seemingly endless “fiery but peaceful” protesting. The coronavirus pandemic, and especially the economically destructive lockdowns have wrecked our nations to kingdom come, very similar to Blizzard’s mismanagement of their employees that spawned massive harassment lawsuits and a unionization push.

The playerbase of World of Warcraft Classic is mostly 20-40 year-olds who enjoyed The Burning Crusade in their younger years. I don’t have statistics to prove this, but many of my dungeon groups have hit delays when a player had to “BRB”, because “the kid woke up”. I’ll be bold and assert my assumptions that this game is mostly played by 30 year-olds.

The average age of the playerbase creates a dynamic to the game’s economy: Older players have highly scheduled lives centered around their jobs and kids, and only a few hours a week to play. Meaning, there are spikes in player activity and lulls of inactivity. With fewer people regularly farming for items, the prices of them are up and down. Sometimes, you just can’t buy something because it’s not available.

Here are some of my strategies for earning not just gold in the fictional online world of Azeroth, but real life money.

Most of the endgame content is centered around raiding, which is dungeon crawling that requires up to 25 players. The central commodities bought by raiders are potions, elixirs and flasks. Burning Crusade raids are rather challenging, they are designed to require alchemy products. This guarantees a large market. If something is made mandatory for swathes of people by an authority, you can profit like mad.

I trained three of my level 70 characters into alchemists, two are herbalists, to maximize the profits I gain from this profession. In the Burning Crusade, alchemists can specialize into Elixir Masters, Potion Masters and Transmutation Masters. I have all three masteries, which allows the production of free randomly generated items. For example, when I create Super Mana Potions with my potion master, she sometimes creates additional mana potions for free. Efficient use of resources lets you make a profit.

The prices of herbs, the main ingredients in all potions and elixirs and flasks, fluctuate greatly due to infrequent player activity. There have been many times when the prices of herbs are so high, it’s been better to farm the ingredients myself. While farming is tedious, my profit margins are much higher on my potion sales when I get the materials myself.

I pick unpopular areas for farming herbs. Areas with few players competing for the herbs are much better, even if the ingredients are not the most valuable ones. Zangarmarsh has been my go-to place, because nobody is ever there. Why compete for what is popular, when you can monopolize something no-one cares about? One man’s trash is another man’s treasure!

During times when the prices of herbs are extremely low due to a spike in player activity, I buy them in bulk. I create a stockpile of herbs and potions, and wait for the prices of the goods to rise. The profit margin on individual potions are lower than if I farmed them myself, but farming takes time away from other activities. I do quests and dungeons to earn extra gold while the potions wait for buyers.

My mass production of potions made with cheap herbs produces a steady revenue stream. Sure, the profit may take days, weeks, even months to accrue, but with a stockpile of potions, you are primed to exploit any shifts that affect player activity. For example, when the bosses of Serpent Shrine Cavern and Tempest Keep were nerfed in a patch by the development team, I saw a massive spike in my sales. Players who had become discouraged and inactive were suddenly popping online and stocking on potions for raids.

Buy ingredients and hoard items when their prices are low, sell when they are high. If you have reliable data that helps you predict shifts in the market, you can time your purchases and sales, and make easy gold.

How do you decide which items to farm or buy? For example, if you know which classes and talent specializations are popular in the game, you can predict which potions and other buff items they will buy. For example, fire mages pump superior damage compared to frost mages, which makes items that boost fire-damage popular purchases. Herbalists can collect Flame Caps, which are favored among fire mages.

The superiority of fire mages makes them a popular specialization. But I have made potions for frost mages that boost frost damage as well, and it’s been a hellish struggle to sell them. This doesn’t mean they won’t sell sometimes, and with a good profit margin too, but the sales are rare, and therefore hoarding these items would be a bad idea. Serving niche markets can be very profitable.

For the longest time, I sold practically one item only. Before I maximized alchemy on my other characters, I was producing almost exclusively Mighty Rage Potions. It was a popular item among warriors back in World of Warcraft Classic.

Almost nobody on my server was producing this forgotten potion, and I made them exclusively with ingredients bought from the auction house. The market was almost entirely mine. While I had practically no profit margin on individual sales, due to my Potion Master specialization, I sometimes generated extra potions for free. This made it profitable to mass-purchase the only ingredient of this potion, the herb called gromsblood. When the price of gromsblood was low, I bought everything and produced buckets of Mighty Rage Potions. They sold slow and steady, it took entire months to sell my stockpile.

With the gold from selling Mighty Rage Potions, I boosted two other characters to maximum level and trained them both into alchemists. I bought powerful and expensive items that made the grind for EXP faster. I also bought boosting services from high-level players running low-level dungeons in exchange for gold. While the boosting cost a lot, my characters became maximum level faster than average, and I was able to start gaining back the spent gold with max-level alchemy and herbalism.

In addition to selling consumables, I’ve been selling Primal Waters, a crafting material used to create various items by blacksmiths, tailors, leatherworkers, jewel-crafters, enchanters, and alchemists. What makes Primal Water such a great item to sell? They can be transmuted from Primal Earth. Primal Earth drops from regular mining of ore nodes. Mining is a popular profession on my realm, making Primal Earths abundant. They are regularly priced at one gold each, while Primal Water has been selling for up to 25 gold.

Transmuting Primal Earth into Primal Water can generate an easy 20+ gold profit. I trained my three max-level alchemist characters to transmute this Primal. Every 20 hours, which is the cooldown period of transmutation, I transmute three Primal Waters, making an easy 40-75 gold when I sell them, depending on reigning market prices. However, as other players have realized this opportunity and have started producing this item, the price has lowered and my profit margins have lowered. Always plan for the next opportunity!

A turbulent economy can be terrifying, but every crisis is also an opportunity. Train yourself to think strategically, be resilient and smart, and you can win massively regardless of circumstances. I wish you happy hustling!