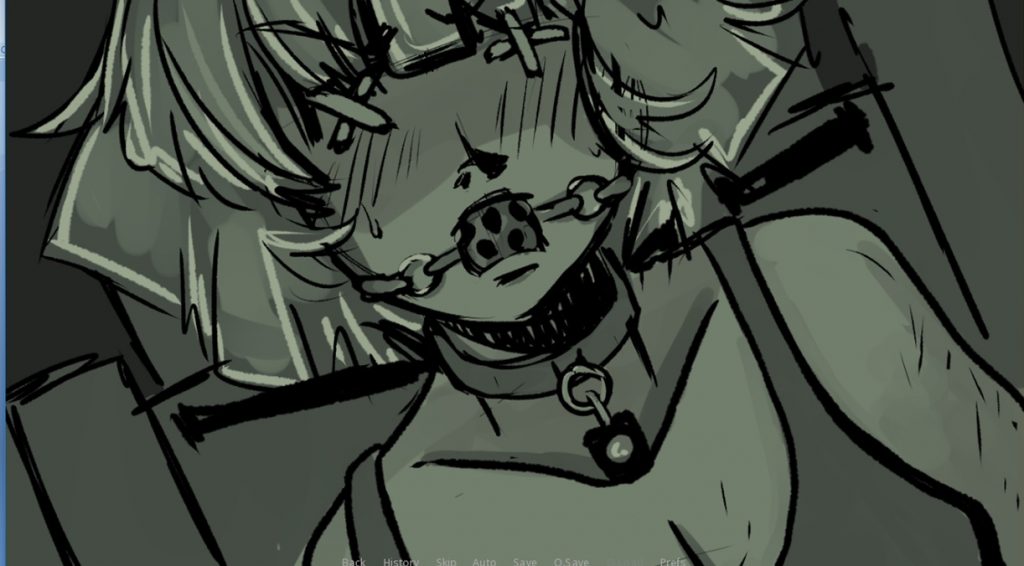 A creepy son of a bitch kidnaps you. He wants to release his anger by abusing your body. With your life on the line, choose the right dialogue choices to trick him into letting you escape. A sexy nightmare with seven endings awaits you!

The writing is excellent. Dialogue is sharp, featuring lots of clever banter. You get intimate descriptions of Dea’s internal thoughts as she takes the abuse. Analyze the dialog to come up with the best possible strategy to escape with a dry pussy.

The scenario feels immersive. It completely puts you in the shoes of your character, making it a very surreal experience. Each choice and decision is tricky. It can feel like taking a multiple choice test and all answers look equally correct. Getting a good ending can be challenging. The game is heavy on dialog, with only two characters in one location.

Off the Cuff only has two characters. They are never explored in depth and their backstories remain a mystery. The police detective is a smart, sharp-tongued girl trapped with a sadistic bastard who wants his pussy.

The game treats you to clunky info dumps and exposition. Even so, the history between Dea and Nowak is not referenced. The only information you learn is that she has always bested him when they’ve clashed.

Character development is nonexistent. Both the protagonist and antagonist feel wooden and stale, with no personality to get invested in. The narrative is focused solely on two characters trying to out-kink one another. You’re supposed to fear Dea’s impending doom, but her steadfast confidence makes it hard to feel scared for her.

Off the Cuff is a visual novel. The game has basic visual novel functionality. There are enough save slots to help you backtrack your choices. There’s also a button to speed through dialogue you already read. The gameplay is limited to clicking the screen to “turn the pages”.

You choose the occasional branching choice to reach one of the seven different endings. The game is full of decisions, sometimes consisting of three to four options. Each decision determines whether Dea ends up bruised and locked up as Nowak’s sex slave. Some choices overlap. This means you can get an old ending despite having made a different set of choices. The conditions are unclear.

This game looks like it was made on a budget. The art style reminds me of western comic books. It’s simplistic, with little detail. The art feels like horror movie concept art. Characters have grotesque and scruffy designs, with a strange combination of dark green and grey color scheme. This style makes Off the Cuff feel different from other visual novels on the market. Unfortunately, it isn’t enough.

The character designs are too simple. Neither character looks fuckable. Nowak looks like he should be working in a game store rather than running the local criminal underworld. Characters have little variety in facial expressions and poses. The tight budget means the story takes place in one location. Only one background is used in the entire game. Nowak looks like he’s keeping Dea in his mother’s basement.

There are some cool visuals at the start of the game. Items are added or removed from the room your character wakes up in. She has to adjust to what is real and what is not. Off the Cuff uses close-ups to distract players from the minimalist BG art.

The game has no voice acting. Sound effects are limited to doors opening, chains rattling, stun gun zaps, etc. You also hear Nowak snickering. When he slaps Dea’s face, you hear the slap. There are no sex sounds or sultry moaning.

Off the Cuff has a limited song list. All songs are unique and of high quality, but can get overbearing. Music in the game evokes a constant feeling of anxiety and fear. You feel the horror of Dea’s situation. The music is deeply immersive and stands out from other visual novels I’ve played. The only fault is the lack of diversity. Certain scenes lack the correct music, which robs the impact it might have had.

Off the Cuff uses synthetic instruments. Most of the songs sound like they were copied directly from a Tron movie. Songs have a slow techno beat with rhythmic drums, and the croon of a xylophone.

Lonely Planet, composed by Monplaisir, is my favourite track. It has the power to drain all hope. Still Weaker than Them, composed by Soft and Furious, is overused throughout the game.

The artwork is limited, only showing one to two generic CGs. Half of Dea’s body is hidden underneath Nowak’s. It highlights his ass instead of the sopping bush covering her pussy. No genitals can be seen. 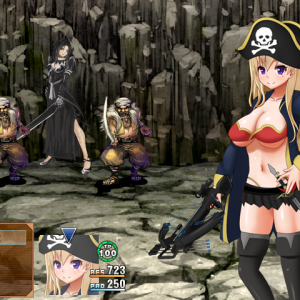 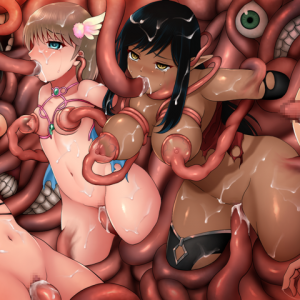 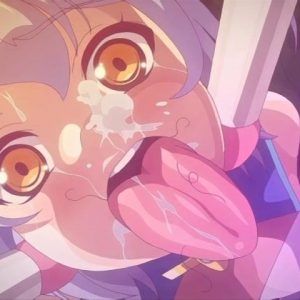