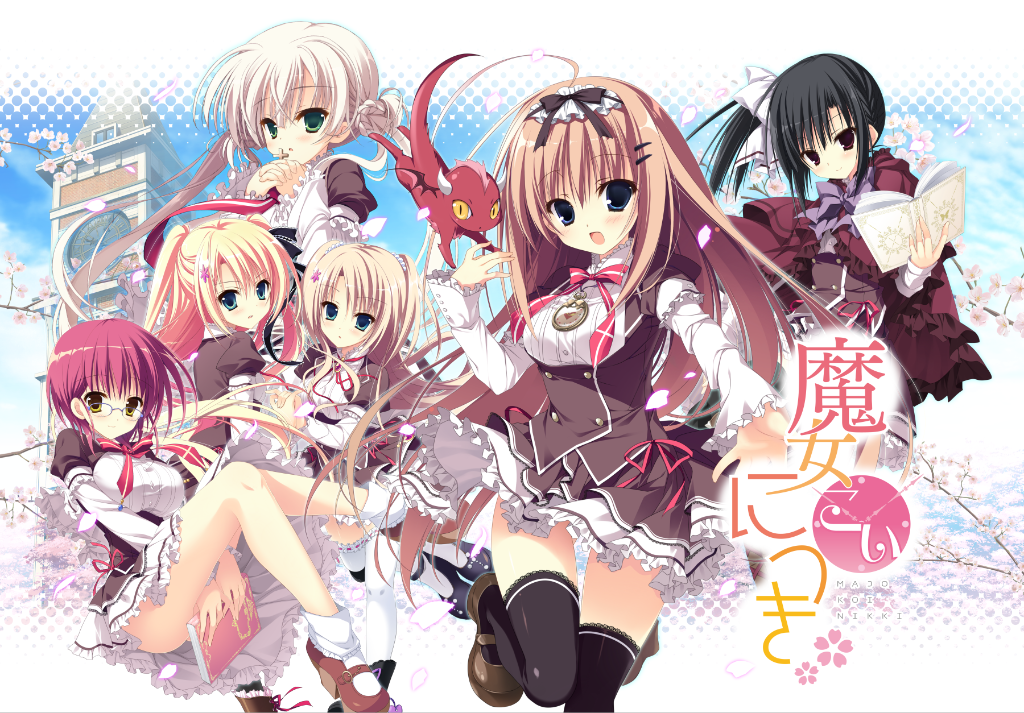 This is an unedited press release from Sekai Project.

Anime Expo 2018 brought plenty of announcements of new releases coming to Sekai Project, did you miss the news? No worries we’ve got you covered! Here are our Anime Expo release announcements! 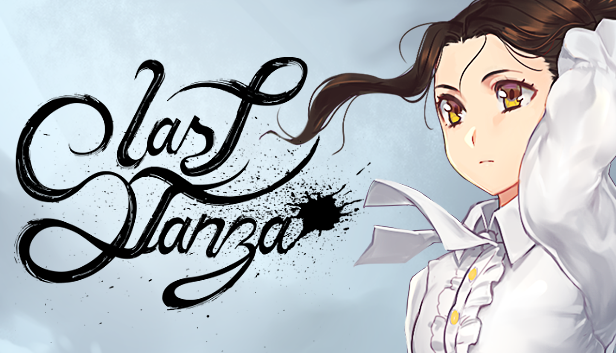 Last Stanza
Developer: InnocenceInnocence
It was a day in the last week of December 2009, when I found out that slowly dripping tears had a shivering yet uneasy feeling. The winter turned the air thin and cold, the clouds blocked the sunlight that normally reaches the ground making it feel like the sun was absent.

Days after, I was back on my daily routine, as if nothing had happened, trying to conceal my anger and confusion, slowly regaining control of my thoughts, opening my heart to friends old and new, trying at any cost to find a new place for myself.

But it’s in the peaceful moments when the storms settle and the turbulent oceans lose their motions, that any rock can set a chain reaction creating an infinitude of waves, bringing back to the shores of my thoughts the emotions that I had kept away for so long.

Last Stanza is a slice of life/drama visual novel that deals with the consequences of a tragic event following different perspectives. 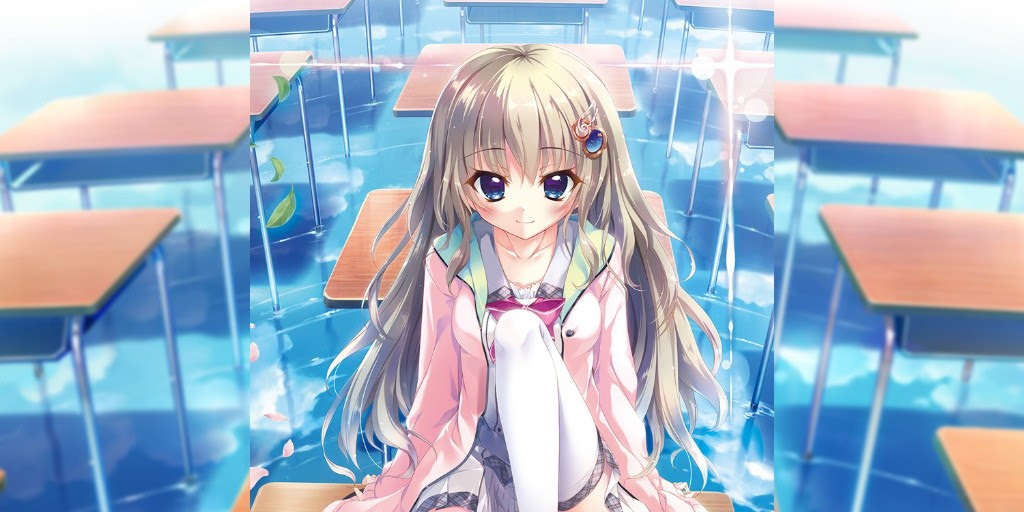 Shiromitsugawa City. An academic city with no particularly special characteristics. There had been projects to revitalize the city by drawing in tourists, none of which succeeded. Yet, unexpectedly this city has drawn the attention of the world.

In the city lives a young man by the name of Kakeru Niimi. Though he is prone to being blunt, he is a reliable individual who lives life with a strong sense of responsibility. For what it’s worth, he has a kind personality and treats those around him with great importance. Though it seems like he lives a peaceful life as an ordinary student, with the destruction of a sacred relic of the Shrine of the White Serpent’s Relic, his life has changed.

In the midst of all this appear youths with supernatural powers. It was just a town with no particularly special characteristics and a very unassumingly normal student. Kakeru Niimi finds himself wrapped up in this mysterious fate caused by the appearance of these supernatural individuals…

9 -nine- is a new visual novel series from Palette, the developers of Saku Saku: Love Blooms with the Cherry Blossoms. This project is split into multiple volumes which focus on an individual heroine with the first volume focusing on Miyako Kujo.

Re;Lord 2 ~The witch of Cologne and black cat~
Developer: Escu:de
In the second title in the strip RPG battle trilogy, Re;Lord by Escu;de, our hero Wilfred and his companions are back once again. After retaking Herfort, he sets his sights on doing battle with the witch, Iris, in order to liberate all of Groessen.

Cologne, a land filled with grassy plains and home to the country’s fishing industry and the popular tourist spot, Bebra Lake, is under the control of the witch Iris who has turned the denizens of this peaceful land into crow familiars, spirits and devilish fiends.

While he questions why the witch Iris has taken this territory, for the sake of retaking this land he goes into battle once more. 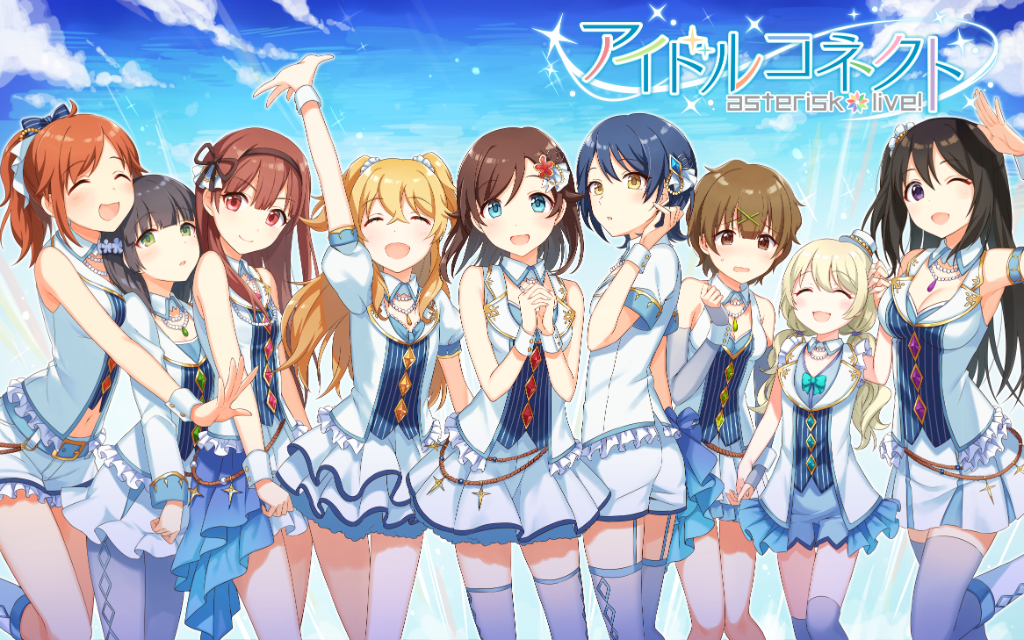 Sometime, somewhere in the future.

In a tiny little idol production office that you run, nine girls — idols — are gathered. With no dreams, and no goals. But the moment they stand on stage, something in them changes.

At the Asterisk Live, an idol festival that happens once a year… You alone, as their producer, can guide them to the answer that awaits them there.

Based off the mobile music rhythm of the same name, Idol Connect -AsteriskLive- is now transformed into a visual novel for PC! Do you have what it takes to guide these girls to the Asterisk Live?

Harumade Kururu
Developer: Sumikko Software
A Certain SituationOf course, even if I put it that way there’s no way I can explain the situation I’m in…In any case, I find myself with 4 other girls on a long spring break far away from civilization. To emphasize how middle of nowhere this is, there isn’t even a convenience store here. I don’t have a cell phone and despite having some rather good laptop computers, I have no way to connect to the internet. All that’s here is a large dormitory the likes you’d see at a hot springs resort and a school that looks like it’s on the verge of closing down. There’s a farm that’s closed and fields with ripening winter vegetables. In the distance you can see snow capped mountains and the beautiful, clear waters of the sea.

…and out in the distance stood a tower of unimaginable height who’s purpose was anyone’s guess which stretched into the depths of the sky.

This wasn’t a fantasy, or something out of sci-fi or even a mystery. With all that going on, the only intent was to spend some peaceful days with these four girls but that was totally not what was about to happen. One girl. In a quiet summer that’s quite prone to crazy happenings. And these words that come out of her mouth.

“We’ll make this place a harem for him!”

Wait, when you say harem, uhm… well… Huh????
I wondered what she meant by that as she took off her clothes and the events of that summer unfolded…

Harumade Kururu is the 5th title by developer Sumikko Software and brought to life by an impressive veteran staff.

In a barbershop of the shopping district, lived a girl named Alive Nanjo.

In the spring, which marked her 2nd year at the academy, there was nothing particular about it as the same train she’d always take shook as it moved across town and she spent time as usual with her friends.

While Alice and her friends were investigating a clock tower in a forest on the outskirts of the academy, she picked up a mysterious diary that fell from the tower. Taking it home, she gently opened up the diary and there she found the contents of a young man’s daily life.

Witch’s Love Diary is the first title by qoobrand. With the diary in hand and this little town as the stage, a girl’s first love… and a story of unrequited love begins. 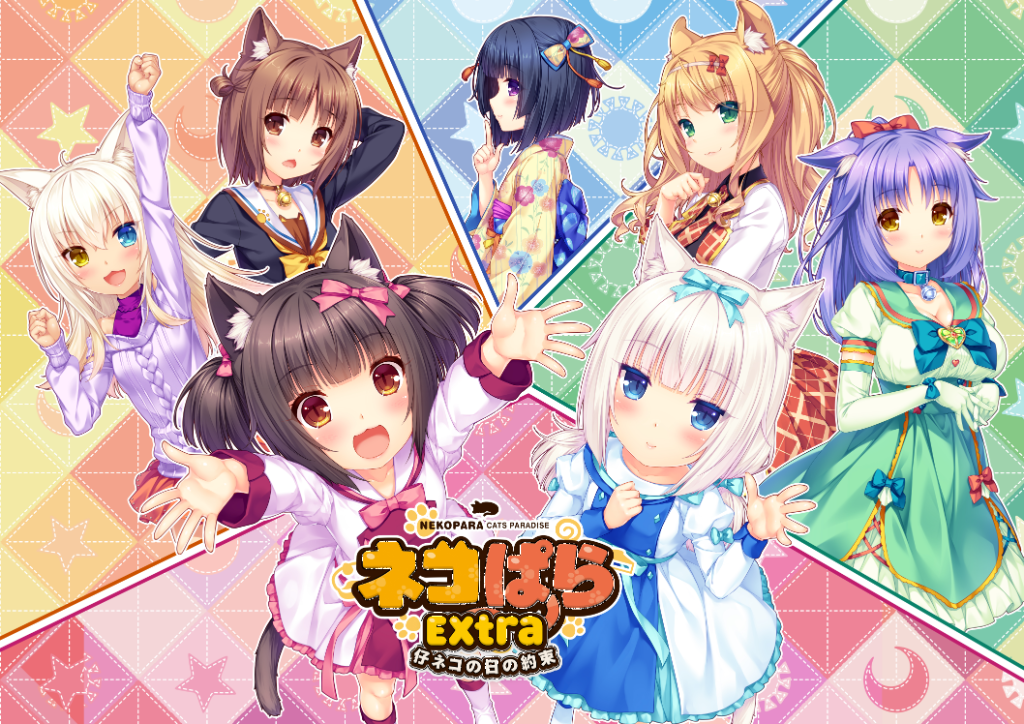 A prequel to the very popular NEKOPARA series, NEKOPARA Extra takes us inside the Minaduki household when Chocola and Vanilla first arrive.

After being taken in by Kashou and his little sister, Shigure, the young kittens, Chocola and Vanilla find it difficult to fit in. Despite the warm welcome the other Minaduki catgirls give to them, they act with trepidation as they adjust to the pace of the family.

As they slowly interact with their fellow sister catgirls, Chocola and Vanilla begin to open up more and it’s here we see Kashou’s kindness towards them that builds up their feelings towards him.

This is a prequel game that was one of the stretch goals of the highly successful  NEKOPARA OVA Kickstarter campaign back in 2017 that raised over $963,376 USD. Similar to NEKOPARA Vol. 0, NEKOPARA Extra details life in the Minaduki household when Chocola and Vanilla first arrive. Alongside the prequel, a stretch goal for an OVA of this prequel was also funded as well. Both game and OVA are expected to be released on Steam on July 28th, 2018.