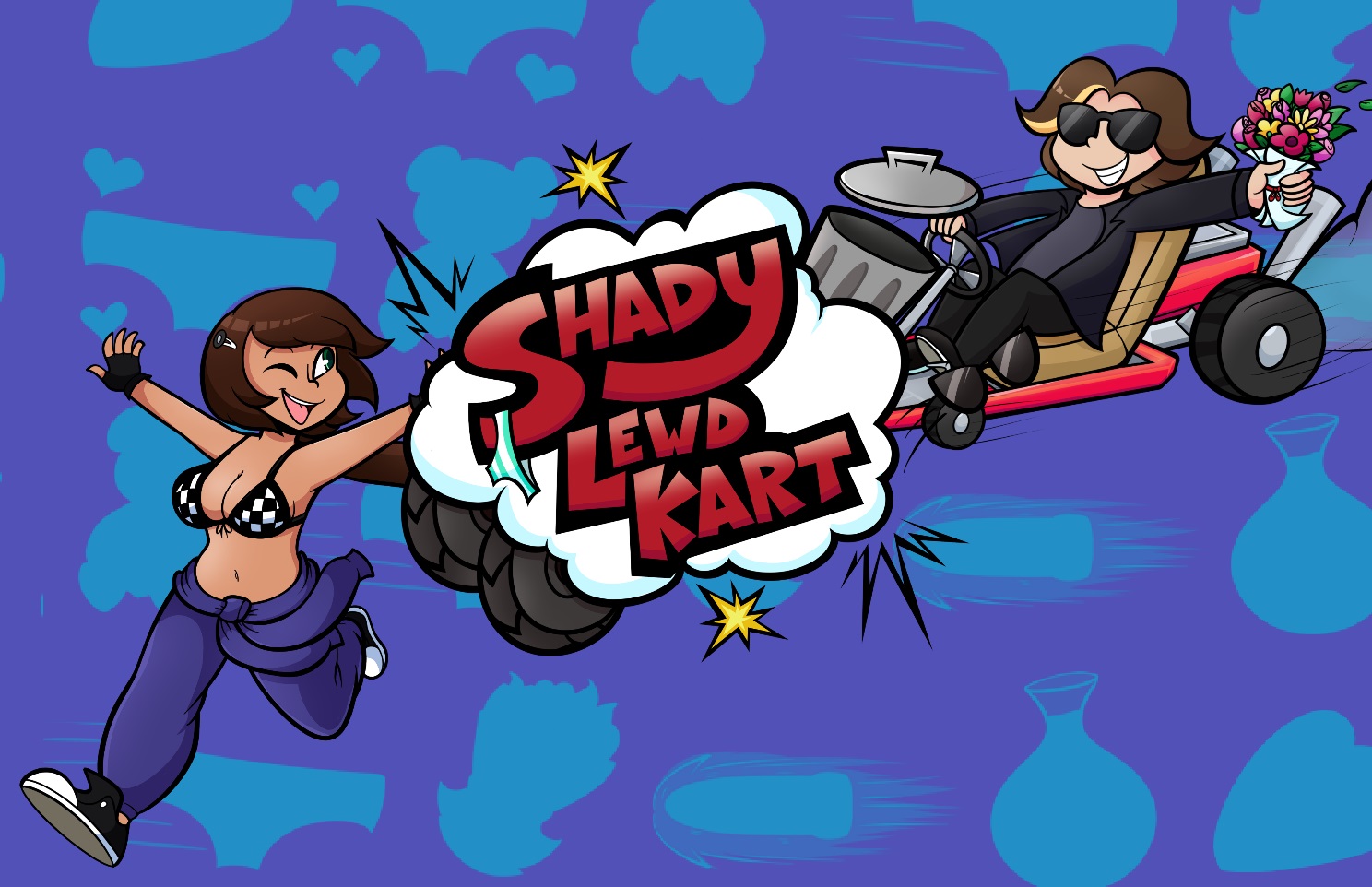 The Shady Lewd Kart is a cute ripoff of Mario Kart. The gameplay is very similar to Nintendo’s hit racing game franchise. The controls are extremely simple. You press the arrow keys to steer to the sides. Press up to pump the gas. CTRL is jump. Spacebar shoots items. You can gain items by driving through squares with question marks.

From what I played and can gather, the game currently has only three tracks available and lots of characters to select, which only seem to affect your character’s aesthetic.

The build didn’t glitch out or crash on me while I played, which was a welcome surprise. I drove through all three available tracks, each with their own obstacles, ie. oil spills, rolling trash cans, sludge water, and more.

The game has some dating sim stuff going on, but I really wasn’t impressed with the artwork, so I skipped those parts. There’s even a bit of female voice acting, which on western standards was decent. I didn’t feel like choking the bitch.

The items you can get in this game are sexy. You got throwaway panties, condoms for protection against said panties, a rain of panties, and more. I was too disoriented to make sense of the madness on my screen, and didn’t succeed at landing my panty shots on my fellow NPC racers’ rear ends. Still, I confess to cracking a smile at the panty violence.

You can download the public demo of Shady Lewd Kart below.
https://www.patreon.com/datgame
https://shadycornergames.itch.io/shady-lewd-kart
https://gamejolt.com/games/shadylewdkart/403162
https://www.newgrounds.com/portal/view/728600