Let’s Get Your Thoughts Straight About Sex and Dating! 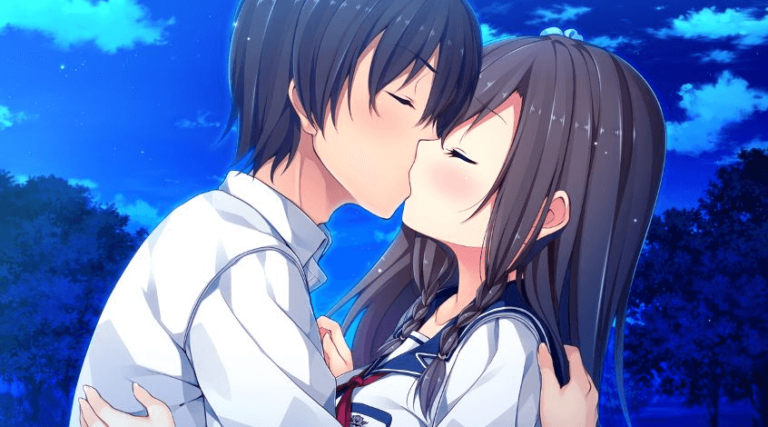 Spending a long time, or even a lifetime without a long-term relationship, is rough. And it’s far more common than you’d think. The resultant hate and self-loathing one feels from being repeatedly rejected can make you want to withdraw entirely.

In our online community that has formed around Hentaireviews, encompassing freelancers, social media followers, art clients, and many more stakeholders, I talk with couples and singles, girls and guys. While the couples often have their basics right, my biggest concern has been my interactions with the men who have given up on women.

This post is directed at you. I have utmost faith in your abilities to overcome your complex situations and get your dicks wet. This post should help you, I hope it will. Let us start with an illustrative story.

I was reeling from a failed budding relationship. Her divorce likely wasn’t easy either. Our jobs were demanding much from us, plus she had two kids. It’s hard to have an elevating conversation when you’re worn down by life. We chatted for an hour, hugged and went our way, and never spoke again.

In retrospect, I was not paying attention to her body language. She was visibly anxious, folding her arms around her stomach, spoke with a sighing voice, occasionally slipping out a regretful tone. She was clearly not happy, she slumped when talking of her low-wage job and her lack of time. I had failed to recognize her emotional needs.

Also read my thoughts about how to overcome social anxiety in baby steps!

My other experiences, both the positive and negative ones, have followed a similar pattern. These have brought on a great epiphany: The most important part about getting successful in relationships is having an organized life that leaves you energized, rather than exhausted. Waking up early, scheduling chores, making time for friends and hobbies.

You may think it’s about looks, money, having a car. When you don’t have those things, it’s easy to explain social failures with material things you lack. But once you have shit going on, you’ll notice, things don’t matter.

A fancy suit or a nice career gets prospects initially interested, but you’ll still have to carry an interesting conversation, control your body language, have sense for good pacing to ask questions and make persuasive suggestions.

Getting organized, so you sleep enough and manage your stress, and work hard when you do, are cornerstones of social success. When you feel good about yourself, you’ll know what to say and when to say it, because you’re in a much higher cognitive state, able to spot and process social cues.

When you are exhausted and struggling, you’re emotionally blind and deaf while seething to grab a gun and clean house. People can detect your murderous anxiety and they react usually by taking distance. So get organized!

Reality is, everybody struggles with problems with their health, their work, their relationships, dysfunction of all kinds. You can have serious regrets, unpaid debts, multiple chronic conditions and childhood trauma on top, yet you’re still required to draw a smile to get laid, with a knife if you must!

Now, let’s talk about the competition, the people you have to kill – I mean, whose existence to feel secure about, despite them making constant passes at your bitch when you so much as turn your back. I know many are discouraged by this perception that the average person’s standards are obscenely high. Some think that you can’t reveal your flaws.

Keeping dark secrets is horrible. Secrets crawl at the walls of your skull, screaming to get out. But when you reveal these, you have noticed, you’re immediately rejected. You are not wrong to avoid that, but in truth, you just suck at pacing.

The strategy is to first get the other person so emotionally invested in you, that by the time you open up about your childhood abuse and other horrible secrets, the other person can put things into context.

As I say that, quick reality check. Some people will instantly reject you and ghost you, even after longer conversations, when you reveal truths they are uncomfortable with. You should not be angry or anxious if they go silent after big personal revelations. Give people time to make up their mind. If they don’t come back, consider waiting a little longer with the truth bombs next time, and adjust how you chose to bring them up. Many a times, it’s not what you said, but how you said it.

Everybody has flaws and dirty secrets. The older people get, the more they tend to get damaged. But if you can grow from your experiences and develop empathy and understanding for yourself and others, and treat them kindly, you can expect to receive the same treatment on a consistent enough basis.

Again, as I say that, quick reality check. Most times you’ll be sorely disappointed with how callously you’ll be treated despite the kindness you show. You can be honest and awesome, and still get your ass kicked! Don’t let this discourage. Most fuckers are shitty petty creatures. Thankfully, you don’t need many social successes to be a winner.

If you really don’t plan on dating IRL, then anime dating sims may be your thing. We’ve reviewed several!

Relationships, romantic and others, are a messy process for everybody. Couples break up and get back together. Friends can ragequit and come knocking your door again. New people will replace the leavers. You’re not alone with your struggles.

Now, let’s talk about sex. Why should you pursue sex? You can just jack off at the comforts of your home. No risk of rejection, no need to shave or put your pants on.

Wanking is easy-mode, you’re not growing smarter or stronger when you do it. You need hard-mode to reach greater heights socially, academically, spiritually, in your career. The pursuit of sexual relations is a big challenge, it forces you to become a wholesome person someone actually lets that close.

First your bodies touch through clothing, you build up heat, find a common rhythm, start to feel out and smell the other person. Before you know it, clothes are off. You discover things that were previously hidden, like a funny mold, a scar. You use your mouths and hands to give each other pleasure, put on a condom or agree to go without. And of course, after the boring, touchy-feely warm-up, you’re pulling her hair and slamming your legs against her buttcheeks while you’re both groaning so loud, people hear it through the walls. After a few minutes of that, there’s that sweet, relaxing release and a mutual reluctance to break off intercourse. There’s that awkward phase when you’re both still naked and feeling like having another round, but after some licking and stroking, you can’t get hard, and she’s not in the mood. Her smell can linger on your skin for hours after.

Even bad sex is worth it, and let’s face it, most times sex is awkward. It’s worth it because you have to overcome a lot emotionally, to feel so at ease that you let another person see you naked, touch you, mount you. It’s necessary to drop your armor once in a while, to feel affirming intimacy. To feel wanted, desired, and appreciated. Otherwise you’ll go insane.

Nothing about this is easy for most people. Don’t hate yourself while scaling the learning curve.