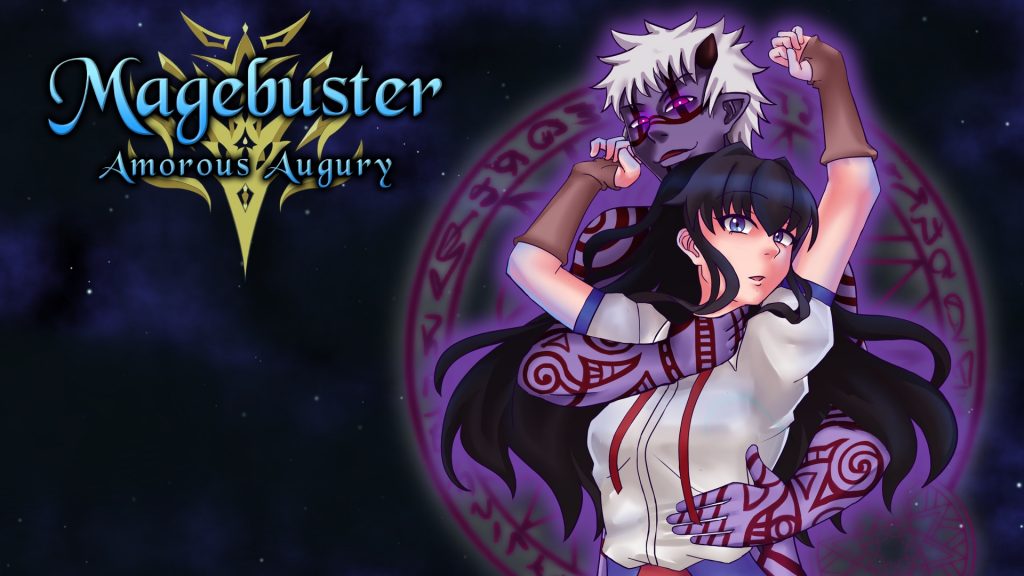 The powerful spirit Xarric is summoned by Sophia, a mage who wants to make him into her servant. Xarric fights back, beginning a magic duel. Will he be able to defeat Sophia and keep his freedom?

‘Magebuster: Amorous Augury’ is the second game developed by Belgerum Games, building on the concepts introduced in their first one, Demon King Dominion. It focuses on giving players a deeper combat system, branching paths, a more complex narrative, and more content.

Original music has been composed in a unique style featuring classical instruments like harpsichord and Pipe Organ. The cherry on top is full English voice acting performed by Belgerum and Silkymilk, bringing the characters to life and adding further depth to the sexual scenes.