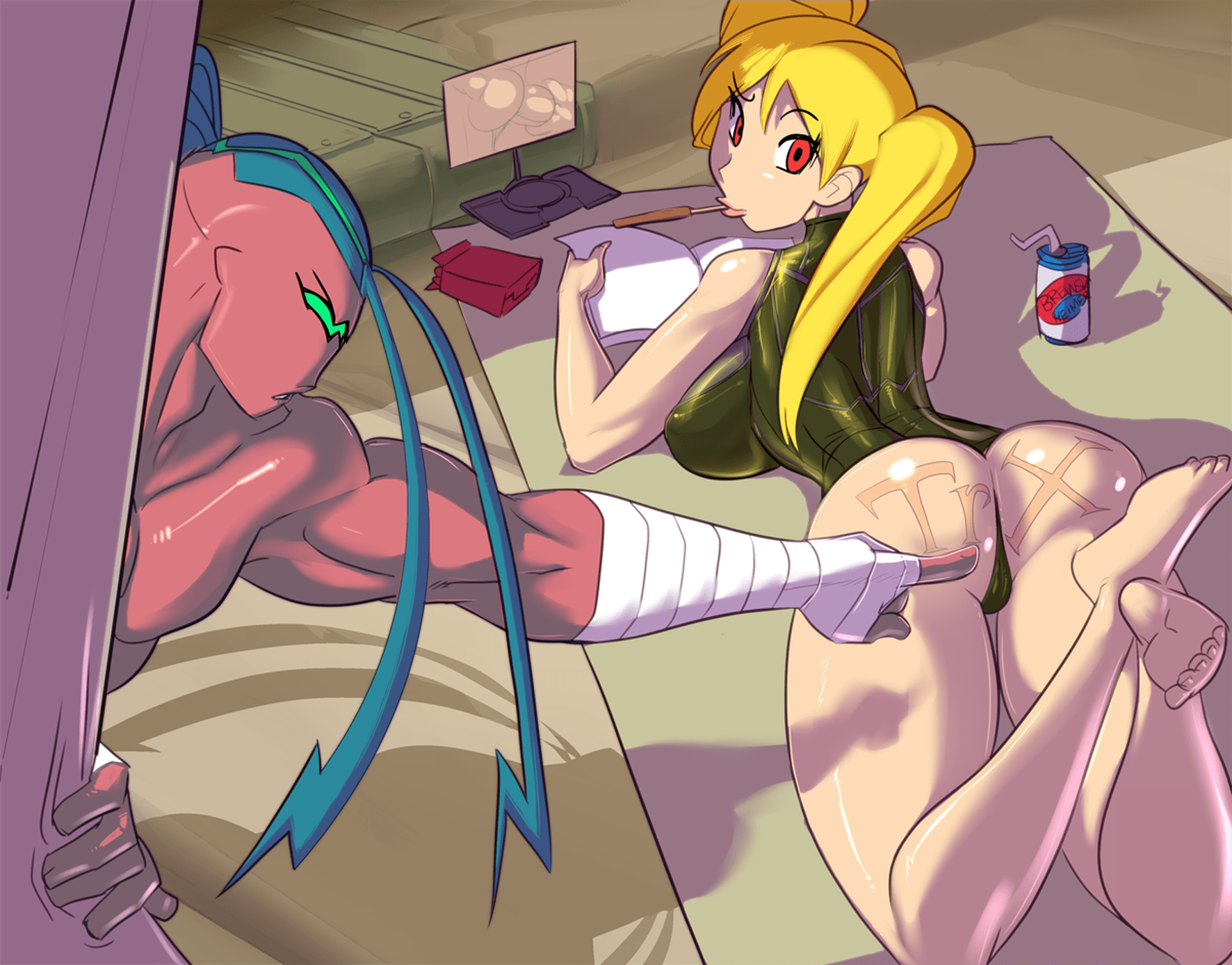 You are the chosen one, hero Eternial. You must defeat the invading alien force all the while building a harem of beautiful women. Gather a group of girlfriends, and sex them up to activate your hidden super powers!

The story can get convoluted at times, but the core narrative is simple: A sage goes on a journey and meets many new companions along the way. His goal is to revive the hero Eternial. After he’s resurrected, Eternial must activate his super powers through vaginal sex with women. Once he’s fucked his fill of girls, he defeats the alien invasion.

The first two hours you play as Sage Threedle working to resurrect the hero Eternial. Like traditional RPGs, you have a party of characters. The party grows as you explore the world. While Eternial is painted as the main character, he is not always the point-of-view character. In fact, there are segments in the game when you don’t play as any guys from your actual party.

The number of characters in the game is so many, many don’t get enough characterization to grow beyond their stereotypical portrayal. The dialog is also rife with sex jokes and nonsensical technobabble and words that mean nothing.

The plot is organized into multiple chapters. The first introduces you to Threedle, the Sage of Arach Niac. She and her servant, Chizzle, are the first ones to learn about the alien invasion. Next chapter begins the search for the hero.

If you can look past the bad writing, you’ll find the story bursting with personality. The plot goes through highs and lows and keeps you on the edge of your seat.

Tactics Elemental is a complex strategy game, but easy to learn. Most actions in game require only a mouse click. Click “continue” during dialogue to progress conversations. Use the mouse wheel to zoom in on the CGs. Use the arrow keys during battle to explore the area. Right click your opponents to see their strengths and weaknesses.

The game includes over 90 levels. There are almost 30 characters you can include in your party. When characters fight together it builds their relationships, similar to Nintendo’s Fire Emblem series. When the characters reach the maximum relationship status, you get a unique sex scene. The couple also becomes much more powerful in gameplay.

The combat is a unique kind of turn-based strategy focused on elemental rock-paper-scissors.

There are six elements in the game: Thunder, Fire, Water, Ice, Air, and Earth. Each is strong and weak against another. Choose your team composition to counter-act the elements of the enemy team. You move on a game map and attack enemies with elemental spells. The abilities of your enemies differ. Some will attack you from a long range, while others come at your face. Enemies level up as you battle. If you play too safe, they’ll punish you.

The game heavily encourages you to adopt an aggressive playstyle, because all the loot can be destroyed by your enemies. When an enemy lands on a tile with an item, they destroy it.

The game has an in-built tutorial where the characters verbally remind you about the rock-paper-scissor combat mechanics, ie. which element is weak against what. You can also deploy elemental shields to protect against spells of different elements. A water shield will make you immune to fire, for example. These shields can be used offensively by combining elements. For example, using electricity on a water shield will do tons of damage to the opponent!

The combat mechanics are easy to learn, but hard to master. Grind experience points and use boost items to overcome challenges, or play with skill and cunning to progress faster.

The art is a cartoonish style with anime influences. The characters are highly expressive, each guy showing exaggerated features that emphasize their emotions. Their eyes go inhumanly wide when they are surprised. Their long grins stretch across their faces when they’re happy. This applies to the CGs only, because the sprite work is not the best. Body proportions are inconsistent, faces look strange, everyone is weirdly colored in unnatural colors.

You can customize your avatar at the end of the first chapter. He appears in that form in all future CGs.

The sheer amount of illustrations in this game is astounding. None of them were generated with 3D models, each of them was hand drawn, one by one. There are too many images to even count! The background art showcases mountain ranges, grassy plains, dark caves, sunset cliffsides, and more.

The CGs are gorgeously colored, but they’re hit-or-miss depending on the viewer. Not everyone enjoys this kind of avant-garde style – and that’s okay. We can argue about our likes and dislikes. What’s objectively bad about the visuals is the terrible user interface. Dialogue boxes cover up images, while the images don’t even fit the screen sometimes! The pictures are not wide enough for most monitors. You’re forced to zoom in and out trying to get a good look at the scene.

Tactics Elemental has no voice acting.

Sound effects are numerous and professionally implemented. You hear everything from sword slashes to punches. Each character comes with their unique set of sounds that compliment their visual design.  As the name makes you expect, elemental audio is plentiful in this game. Lightning crackles, fireballs explode. The clips are realistic enough that you’re not thrown off, as fantastical as the overall audio is.

The soundtrack has plenty of songs. The track changes when you switch regions, though most of them have the same atmospheric vibe. These songs have a sense of foreboding danger. The intense mood matches the action on screen. The tracks make heavy use of castanets, also known as clackers. When the song playing is dark, the clackers make you dread there’s something lurking in the shadows.

You also hear the soft play of drums, with lots of silence between notes. The soundtrack relies heavily on dramatic silence. These songs fill the silence without distracting you from the challenging gameplay.

If you love alien and monster sex, this game is for you. Otherwise, the sex is quite vanilla.

I highly recommend this game to all adult gamers. Download Tactics Elemental.