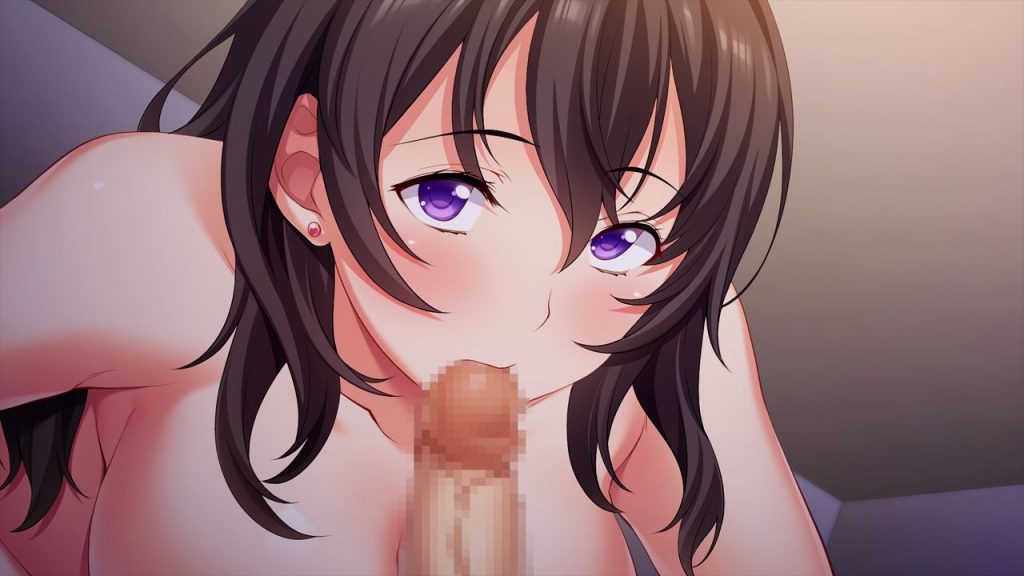 This game is a sequel. Read our review of the first Mayumi’s Cuckolding Report.

A year has passed since the events of the first game. Mayumi and her husband were trying to make a baby, but fail. They give up. Instead of having a baby, the husband wants to try cuckolding one last time.

The writing in this game makes Mayumi far less likable than before. She lies to you constantly on a variety of topics. She had sex without condoms with a complete stranger without telling you. She talks and behaves like she’ll never be satisfied by you. And worst of all, she admits that everything that she did in the first game, she lied about.

In the first game, she admitted to being drunk and almost being molested. In this game, she reveals all of that was a lie. She was never drunk, she was planning to cheat on you the day before your wedding. She’s a disloyal slut.

In the first game, she was a pure waifu reluctant to try new dick. In this game, she reveals that she had always been and will always be a liar and a slut. She’s a lot less likable, and that hurts the story overall.

The game ends with Mayumi ending her affairs and agreeing to stay with you from now on. She’s not very convincing.

Mayumi’s Cuckolding Report is a visual novel. Click the screen to ‘turn the pages’. Press CTRL to skip dialogue. Scroll up to review past dialogue. Bookmark your progress by saving the game into the many available save slots.

There are exactly 11 choices throughout the game. About half of the choices have consequences, but many others do not. Simply put, you get an instant GAME OVER screen on several decisions. It’s nice to have choices, but here they don’t really mean much.

The game takes about 4 hours to complete. You have to replay the game to see the wife’s perspective and unlock all the scenes. Counting these hidden scenes, the game will take 6 hours in total.

The art is traditional Japanese anime style. The color scheme changes depending the sex scene. Scenes where you have sex with your wife, there’s a purple and blue color scheme. Cheating sex has a yellow and red color scheme. The game takes place indoors at home, a love hotel, and a swingers club. Backgrounds are detailed during dialogue scenes only. During sex scenes, only the characters are detailed.

Character stills and other artwork is recycled from the first game. Reused art pieces usually allow that art budget to be placed elsewhere, but in this case, the developer chose to cheap out.

Numerous scenes could have used more world building through visuals. Like in the swinger’s club, where you read about how so many people had their eyes on your wife. It would have been great to see some shadowy figures jerking off in the corner, watching your wife. Instead, the dialog is the only cue you get. You never see other couples at the club.

Her name is Hirofumi Kana. Rather than pure moaning, this game has a lot more emotional and serious scenes. This allows for the voice actress to flex her abilities and really branch away from the standard ahegao lines. When the wife confesses to trying to cheat on her husband, she delivers her every line in a realistic manner that’s believable.

The soundtrack includes 12 songs. All of them are recycled from the first game.

The music comprises of standard digitally synthesized tracks. The pop electro beats are remiscient of 70s and 80s synth music. Upbeat scenes fail to convey much emotion, but the darker and more atmospheric scenes have fitting music to match.

Much like the sound effects, the music is secondary to the wife moaning her lungs out in fits of orgasm. Although the music was pleasant to listen to, most of the tracks were very forgettable.