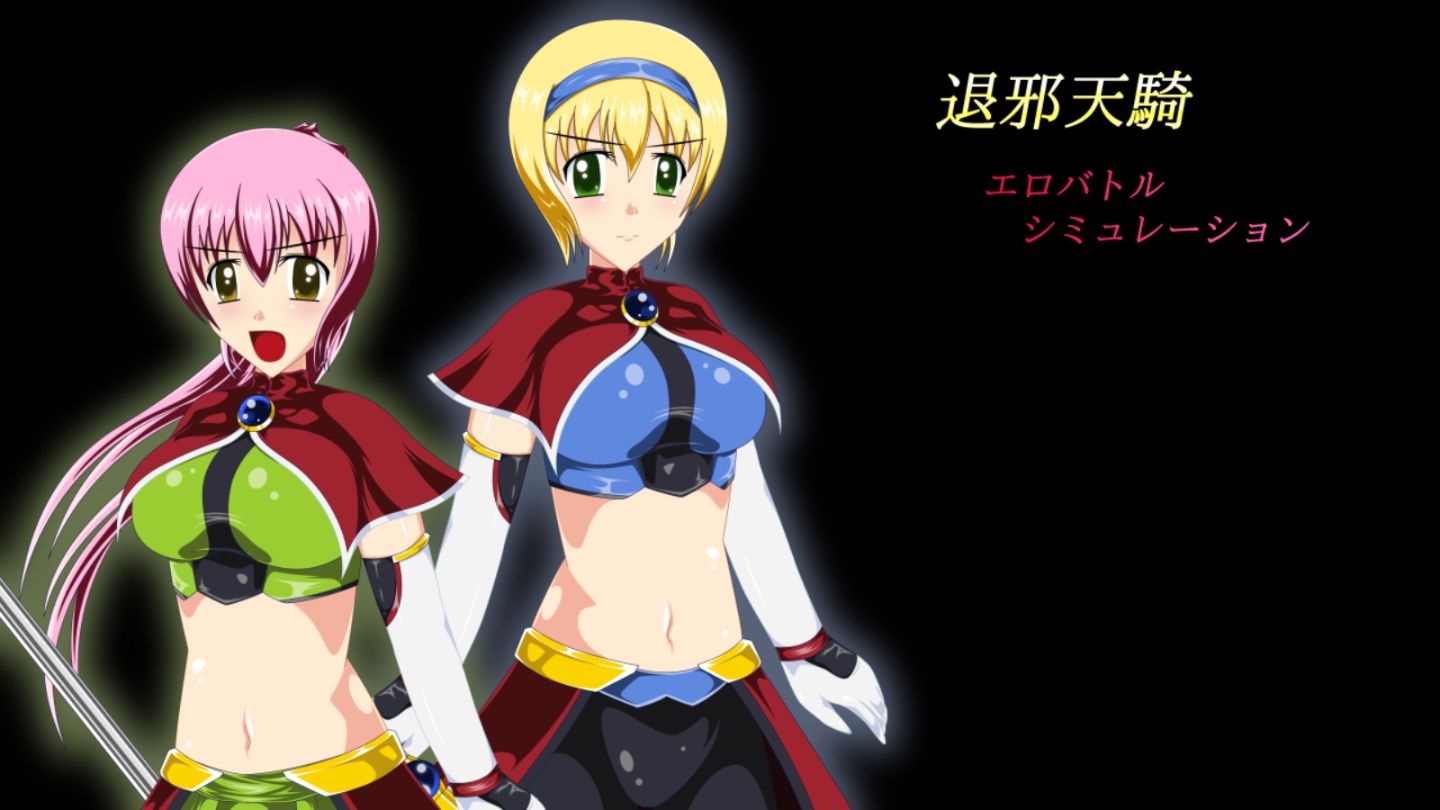 You run an arena battle business for the entertainment of your viewers. One day, you capture two virgin swordswomen. You send a tentacle monster to fight the women in an arena battle, and molest them.

This game consists of one single battle sequence. Each girl has two life bars: One measures their health, the other is for mental health. You need to drop both to zero to complete the game. At the start, you get to choose whether to fight one, or both of the women. That choice, alongside their corruption levels, will decide the game’s ending.

Attack a girl to cause her to stagger, then molest her. Zap her breasts, spank her clit, do whatever you can to weaken her! You’re a tentacle monster, so don’t hold back! Make the bitches climax and drop their weapons!

The music is bad. There’s a rock song featuring an edgy electric guitar, which sounds exciting at first, but the composition is short and loops too quickly. Meanwhile, the sounds for actions like zapping the breasts are very realistic.

Send parasites into her stomach! Fill her womb with slugs, then watch her birth them out! Shove your tendrils in her every hole! You’re a vicious tentacle monster, so go wild!