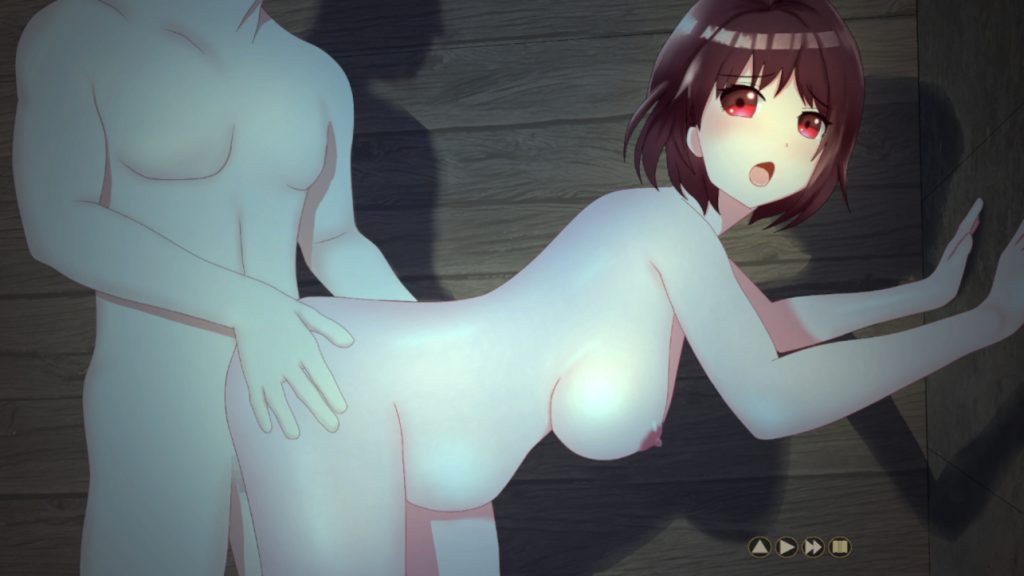 Tatsuki and Leela have been best friends since childhood. But now, as heroic adventurers, it’s up to them to defeat the demon king! It’ll be a long journey, will Leela stay loyal throughout the adventure?

Tatsuki and Leela are on a quest to defeat the demon king. If they take too long, they’ll face terrible consequences. If you’re not careful, Leela will get impregnated by another man!

The story is non-existent. You simply travel from region to region clearing dungeons. The start of the game is terribly slow and poorly paced. Conversations drag on. Periodically I was left thinking “just let me play the fucking game”.

Once you unlock the final dungeon, time limits are lifted and you can do whatever you want. If you’re going for a virgin play-through, you should speed through every single dungeon. Sleeping at inns boosts your relationship with Leela. Once it reaches 100, you’ll be given a quest to find a gem in the forest castle. If you do, Leela will officially become your girlfriend.

The writing is tremendously handicapped by Tatsuki and Leela being the only two characters. Tatsuki is a generic hero while Leela is your typical childhood friend. The lack of character depth leaves the game feeling forgettable.

A Female Villager’s NTR Adventure was created in the Unity engine. This allowed for a totally unique combat system to be implemented.

You choose your difficulty level and character class. This cannot be changed after you start playing. Your class determines which “cards” you’re able to use. Cards feature actions you can take in battle. Each card has its own characteristics similar to a game like Hearthstone. There are no level-ups. Instead, players must focus on collecting new cards. These can be purchased in town or found in dungeons. Decks are limited to 20 cards. During battle it is vital you think carefully and build your deck accordingly. Once you have a good deck, you don’t need to buy cards anymore.

Enemy types and danger levels are shown on the world map. Simply walk into an enemy to engage them. I highly recommend stocking up on herbs and potions before entering dungeons since they help restore your health.

The game is far from perfect. All five dungeons are identical. The class system means you’ll pick up many cards you cannot use. The lack of level-ups kills any sense of natural progression. You also have no reason to revisit old areas because killing monsters only nets you money. The time limits discourage leisurely play. On higher difficulties, certain situations are nearly impossible to clear.

Card purchases are randomized and unreliable. Sometimes you get good cards, other times you feel like you just wasted your money. The game lacks manual saving. Everything you do is auto-saved so you can’t cheat your way out of mistakes.

The game was created in the Unity engine. This allows for smooth animations. Disappointingly, sex scenes use still images with frequent jump cuts. Artwork on cards is gorgeous with lots of variety and many evolutions for each class. With numerous battle locations, the background art is simply phenomenal. Whether you’re casting spells or fighting head-on, the unique animations make for a gorgeously wonderful experience.

Outside of battle, the visuals are a mixed bag. Faye the fairy wears darker clothing as you progress through the story, but if you do side-missions, she goes back to her default outfit, killing immersion. You can’t view the world map outside of the vicinity of your character. This hampers exploration because if you know a town is nearby you wouldn’t backtrack so often.

The switch between art styles is jarring. While the 3D game graphics are gorgeous, the character stills are 2D and drawn by an amateur. Character stills rarely match the 3D art. Tatsuki has black hair in dialogue, but white hair on the world map. It almost seems like assets were stolen or reused from another title.

A Female Villager’s NTR Adventure has no voice acting.

The battle sound effects are generic assets but still very enjoyable. They give a great sense of impact to match the animations used in battle. I always know if my attack killed an enemy or not. Sadly, sound effects are never used during dialogue. This makes conversations feel like an unnatural part of the game. Like the developer wanted more focus on the battles.

The game has a soundtrack of 3-5 songs. The style is classical RPG background music with harps and pianos to create a “middles ages” atmosphere. Some tracks sound like they were recycled from previous titles. Songs feel overused and become repetitive very quickly.

There are 32 scenes total. Many have variations depending on virginity and pregnancy status. The NTR content can be completely avoided by simply clearing the dungeons within a given time limit. During my first play-through, I didn’t find a single scene. If you do choose to be cucked however, these scenes get wild really fast! One moment she liked me, the next moment I walked in on her getting pounded by another man!

The lack of animation makes the sex scenes feel jarring compared to everything else. Battles and map navigation is fully animated, but then you arrive at sex scenes filled with still images. The low quality of the art shows in the amateurish shading techniques for example, which makes the sex look even worse! Sex scenes feel like an afterthought compared to the rest of the game. Sex stats are tracked in the Pause Menu. All sexual encounters are linear. This means you’re going to have the same sex stats as I did because you can’t have sex whenever you want.

A Female Villager’s NTR Adventure is a fun little adult RPG game. The 3D graphics and animations are gorgeous, but the lack of any story holds this game back from reaching a level of greatness worthy of praise.