Media Freedom on Trial: The Case of Alex Jones 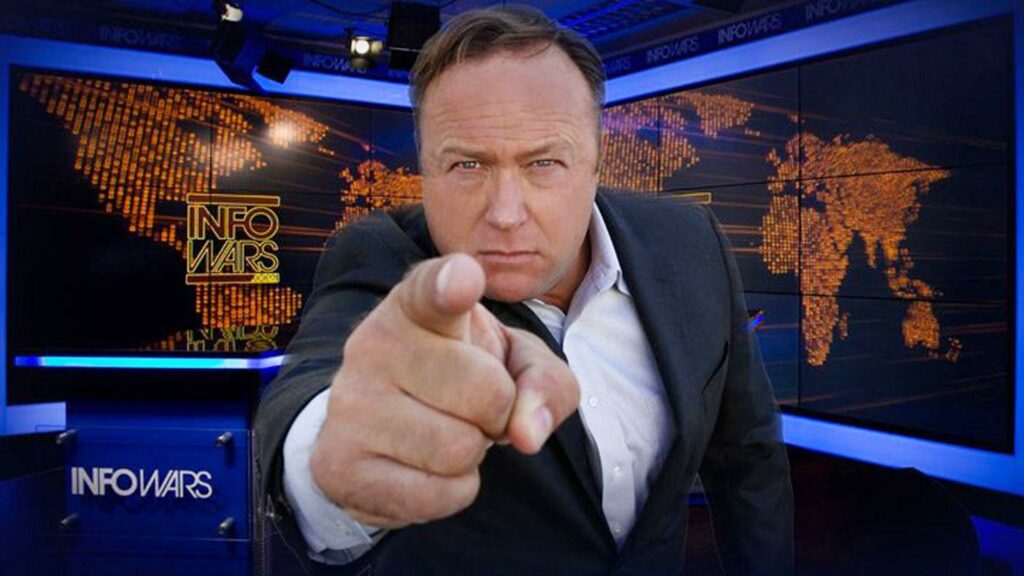 Alex Jones is an embodiment of the American spirit. A freedom-loving self-made man, who raised his Infowars media empire from scratch into prominence. He has said some mad shit over the years, big bulk of which was spot-on in retrospect. But not all, some things he’s said were wrong, and as we all know, speculation on events current, past and present, requires a license from the old boys club. Free speech, we can’t have that shit. Imagine the chaos that would ensue if we were free!

Alex Jones has speculated, predicted, and questioned, and sometimes he’s made faulty research and rushed to make speculations on crappy data. That’s called the news business, which Alex Jones lacks the license to conduct, because he is independent.

The current accepted facts indicate that his speculation on a school shooting that happened on December 14, 2012, in Newtown, Connecticut, United States, was simply wrong. Jones spoke on air about crisis actors and government conspiracies during an Infowars live broadcast, saying that kids didn’t really die, that it was all a hoax. But it could’ve been. Seems like it wasn’t, but it could’ve been. The families of Sandy Hook sued Jones for defamation.

It can take years for facts to be clear regarding any reported events, and if the news media had to wait that long before they can report on things, there’d be no news. Part of that business is getting to the forefront of other broadcasters, just when people are searching for the most recent information on recent events. Inaccurate reporting is the offset of that model.

The difference is, mainstream media speculation leads to wars and deadly policy errors. Countless dead. If we are going to start suing media companies for getting their reporting wrong, we gotta roll up our sleeves and start shoveling the shit.

Alex Jones is wrong in claiming he is innocent and that there is a double-standard in the media marketplace. He is wrong, because he is right. Mainstream media can freely speculate and be above consequence culture, because they are part of the power structure. They are essential. That’s the real world, where might makes right and official truth is written with bloodsoaked pens by whoever sits at the Iron Throne.

Power is truth. Facts are pesky inconveniences when they’re in the way of grandiose agendas. In the case of Alex Jones, the agenda is to shut down the last remnants of free press we got.

Another big issue that makes him ineligable to hold the license to speculate is his race. Alex Jones is a white male, a burly caucasian with a loud mouth. He is practically Hitler, because everyone is Hitler, if you stand on the wrong side of history.

Our overlords in big tech and the media monopolies and the banks and the payment processors and the rest of this shitting system have the license to dictate truth. They have earned that by crushing it in the game of capitalism. But independent media companies do not have that right, that’s the hierarchy. We play by the rules, pay our taxes, and bow our heads in submission, accepting that the stage belongs to the old boys. They have the right to not pay taxes even. We are not part of their big club, as George Carlin described in one of his shows.

Alex Jones does not have the right to be occasionally wrong. He doesn’t have the right to make guesses. He must be held accountable, not just for being wrong, but for upsetting the social hierarchy. Free speech is for the upper classes, it’s consequence culture for the rest of us.