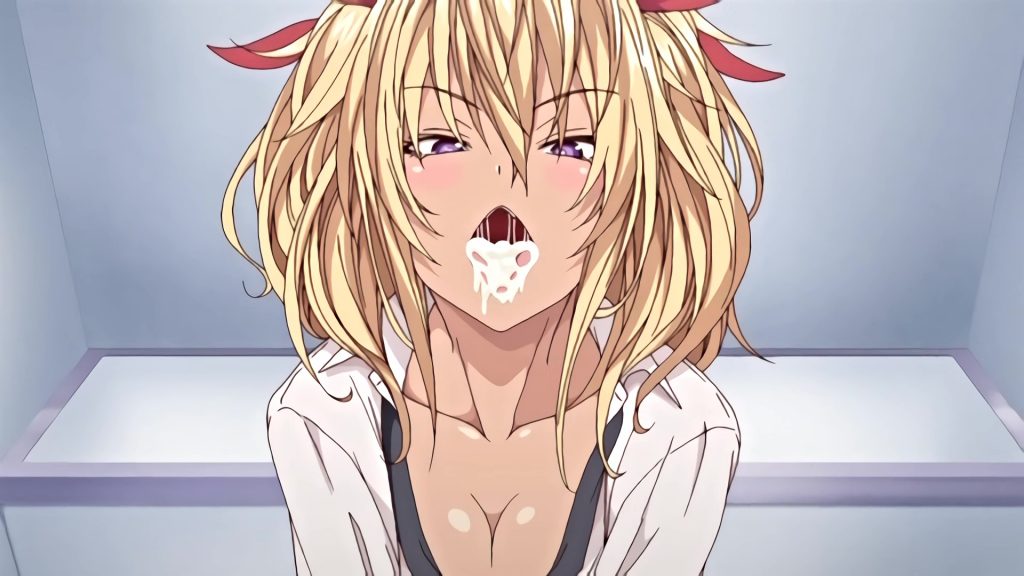 The voice acting is passable. The bitchy gal steals the show with her over the top snob persona. It makes for a fun transition when she becomes hypnotized and delights in sucking off our protagonist. The actress brings her A-game with long, sensual sucks or quick pops when she is treating the cock like a delicious lollipop. Succubus Girl is very entertaining. Her line delivery helps a lot of the jokes land. Made me wish we’d see her being fucked too.

The episode is littered with abstract anime sounds. You will hear plenty of swishes, whirls and impact noises of different varieties. Other effects that you will recognize include fabric rustling, footsteps and doors opening and closing.

It’s difficult to pin down the music in Succubus Appli to a particular genre. The soundtrack is littered with speedy, synthetic songs that make you feel like you’re playing something akin to Danganronpa. The beat and tone are all over the place and fit the unique urban fantasy narrative.

Music slows down when events take a turn for the ominous and speed back up when a scene is played for humor or drama. When characters are having sex, it doesn’t feel like there is a noticeable change in musical selection.

We open on a glorious scene of Yuuma briefly pumping several girls. The episode takes a while to set up the story before treating us to Yuuma and Fujimiya having sex in the bathroom. She wraps her lips around his dick and sucks away. The scene is raunchy. You can hear the bathroom walls rattling as Yuuma screws her brains out.

Unfortunately the scene feels too long too often. Shots go on just a little too long. It’s a very obvious cost-cutting technique in play. They padded the content. We also see a lot of Yuuma’s pube hairs, which is a complete turn off.

The color scheme looks faded and dirty in some parts. Unnecessary details like animated male pubes are not nice to look at, but it shows an attempt at grounded realism in a story about sex hypnosis phone apps.

The background art shares the same faded colors, but utilizes lighting and shadows much better. The menu for the hypnosis app is brightly lit and inviting.

WARNING! DEPRESSING! Macroeconomic Context to Why You’re Unmarried and Alone