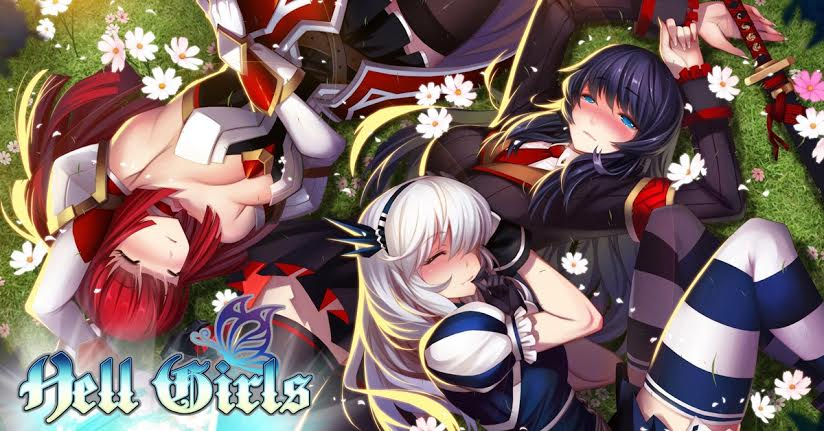 Tile-matching puzzle games have always been disinteresting for me. On one hand, I have vivid memories of playing Puzzle League for hours-long sessions during long trips. On the other hand, just looking at Bejeweled makes me want to die. Ultimately, I have two main problems with these types of games, that we’ll be tackling in Milkmaster’s official review of Hell Girls.

This is the official review, in case you wondered. Hell Girls was made by SakuraGame company, released on January 12th 2017, it is compatible with Windows operating systems. The game is a download title that retails for $2.00. 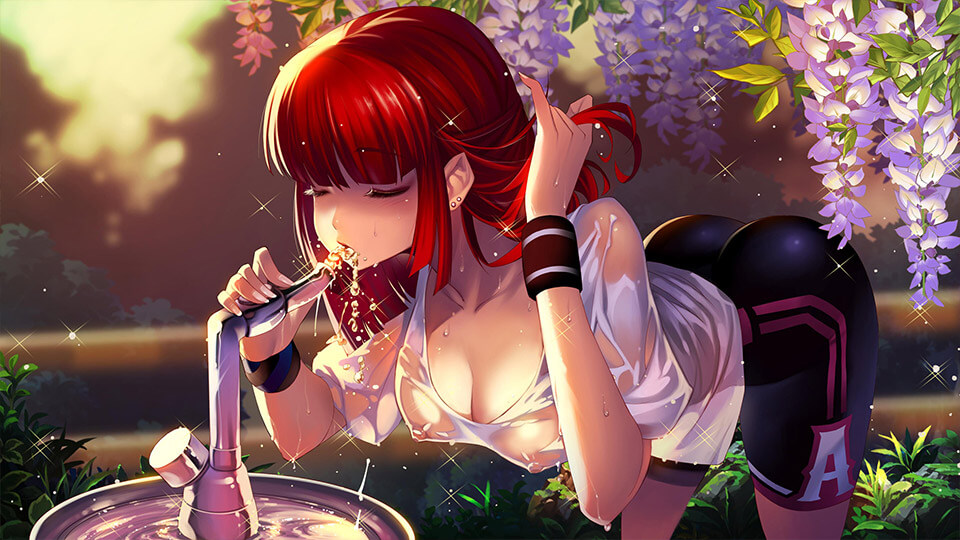 I confess, I’m not very good at these games. I never really want to improve my skills at a puzzle game, because of the second reason: the only real reward you get is the satisfaction of a high score. Who cares about that? 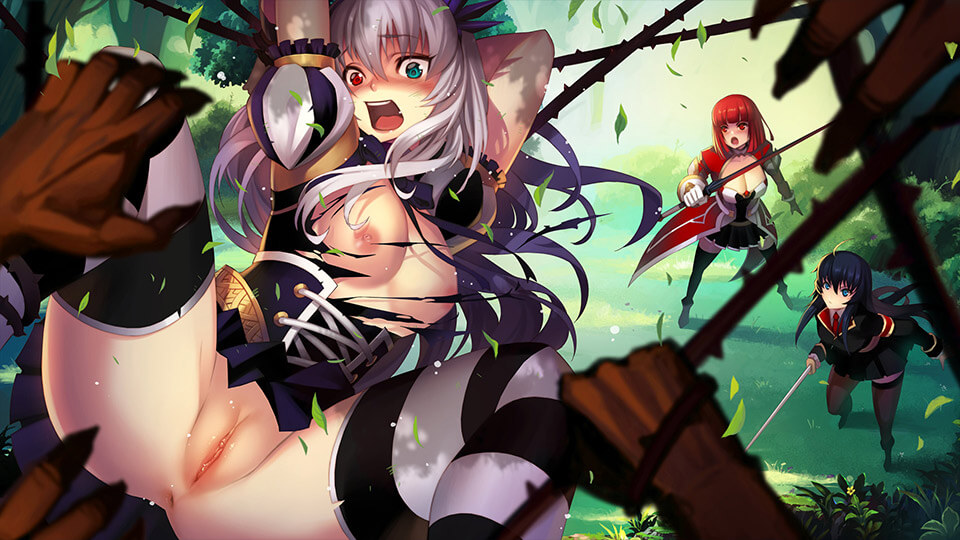 Let’s talk about the story. According Nutaku’s sales pitch “three mysterious families are blessed by the gods to give birth to girls with powers over fire, ice, and lightning every century. Their powers are unknown to others, but they will be called by the gods to travel across Hell and Earth, slaying monsters to save the world from being swallowed by Hell’s corruption. Their quest has earned them the title of Hell Girls”.

The synopsis sounds alright, only it seems the story given is just a formality, as there’s barely a narrative in the actual game. A pirate cat tells you how to fight, and then you’re thrown into the fray. You’re left to control three unnamed girls with only a basic knowledge of the combat system.

Sometimes you have some broken, awkward dialogue before a stage. The dialog sequences don’t really add anything worth knowing, though. But overall, the story is just shit. It’s garbage. Even if you can muster up enough concentration to actually read the dialogue, don’t expect it to make much sense. Half an hour in and you’ll be just as lost as I was. 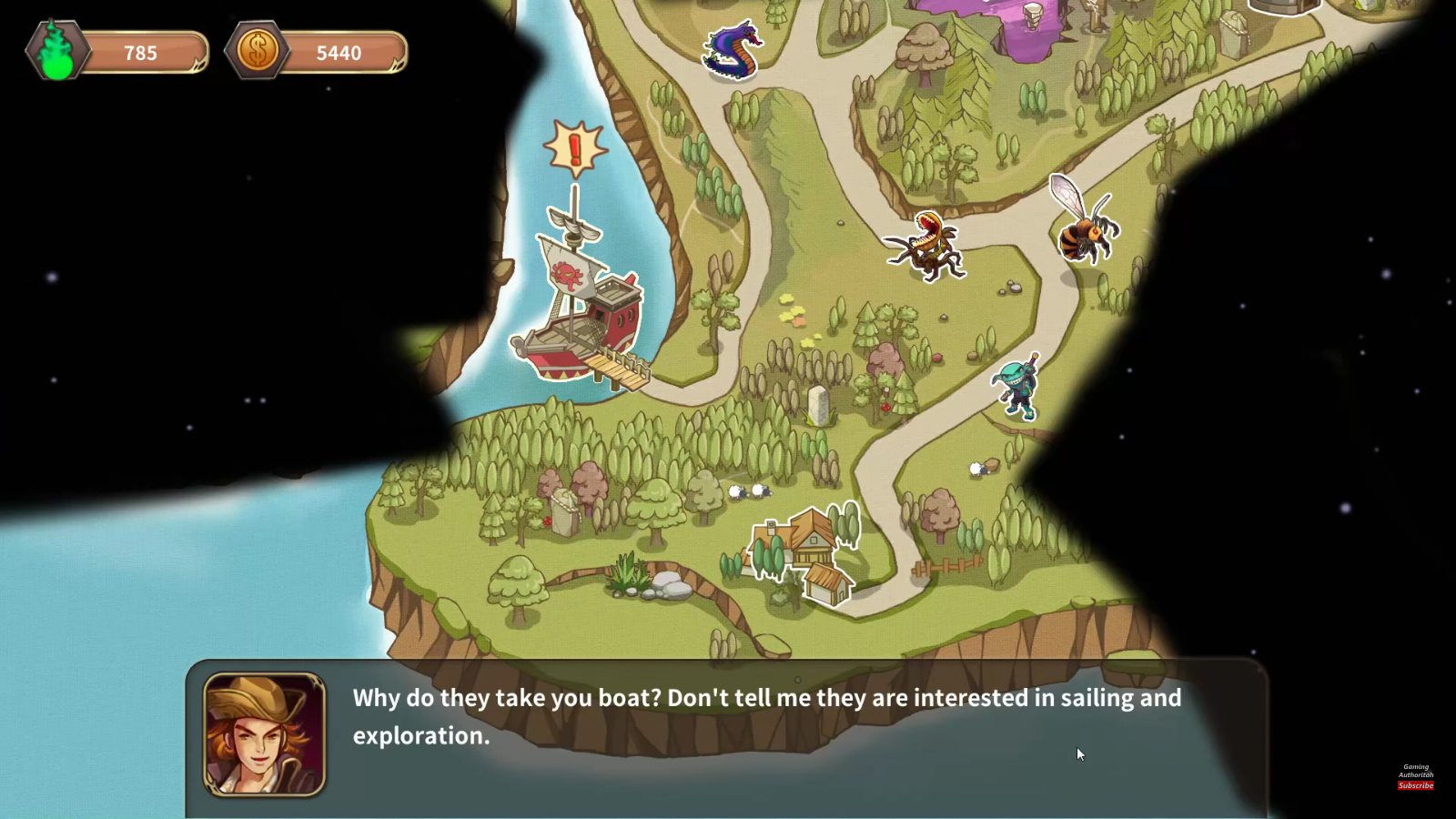 The stages themselves are the main attraction, and you can kind of forget how sparse the plot is when you’re playing. Hell Girls is more or less standard tile-matching fare, but with some improvements, to make it feel like actual combat.

You match three or more adjacent tiles to activate them, and depending on which tiles you match, different things will happen. Sword tiles deal damage, as do the pink sparkly things. The hearts restore your health, and the shields boost your armor. The potions restore your magic, which you can use to cast various spells that are more or less unique to each character. 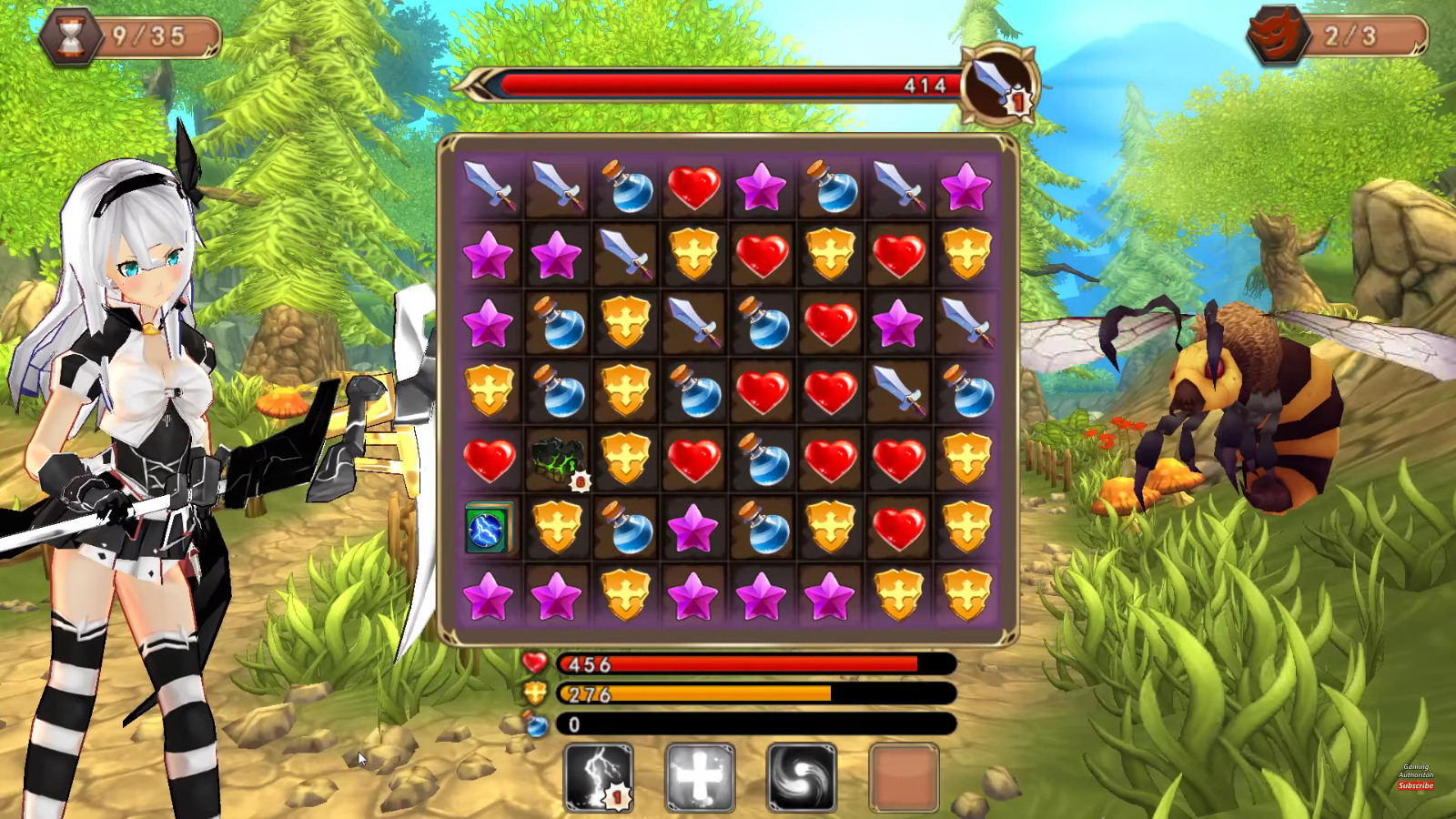 I say the spells are “more or less” unique, because while the spells are supposedly different, their effects are mostly the same. For example, all three characters each have a damage spell relative to their element, and a healing spell, etc. The minor differences between the spells affect how they can be used strategically.

A nice aspect of the battles are the sound effects. Different tile types have different noises to them; the sword tiles make slashing sounds, shields sound heavy, potions make sparkly liquid noises, and the glittery damage gems make glittery fairy sounds. The girls also make adorable little noises when they attack, and even more importantly, cute moans when they get hit.

Overall, the fighting system works really well, and with a little careful planning you can rack up major combos to heal yourself, or deal damage, or both at the same time. Also, there are hazards and bonuses on the playfield, like spiders that will attack you after a certain amount of turns, and chests that can be unlocked for equipment or skills. It’s deceptively simple, and fun! 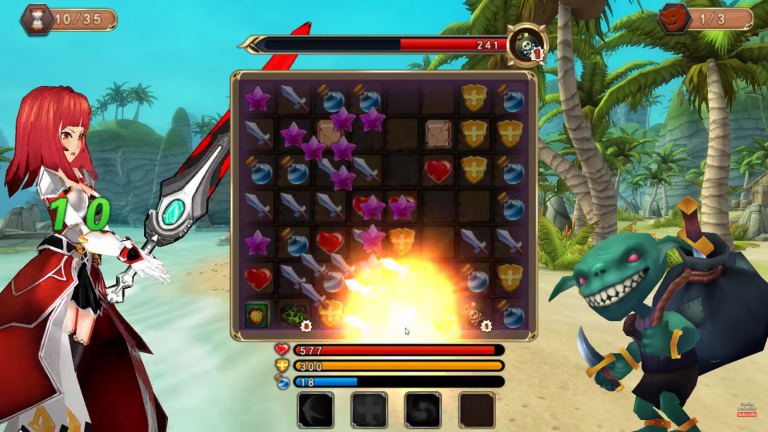 The music is another shining point of Hell Girls. The battle music pairs nicely with the animations, adding excitement to the experience. Meanwhile, the map music is solemn, a little too quiet maybe, but nonetheless gives feel to the adventure. Honestly, while I really like the game, it almost feels like the soundtrack is too good for it. 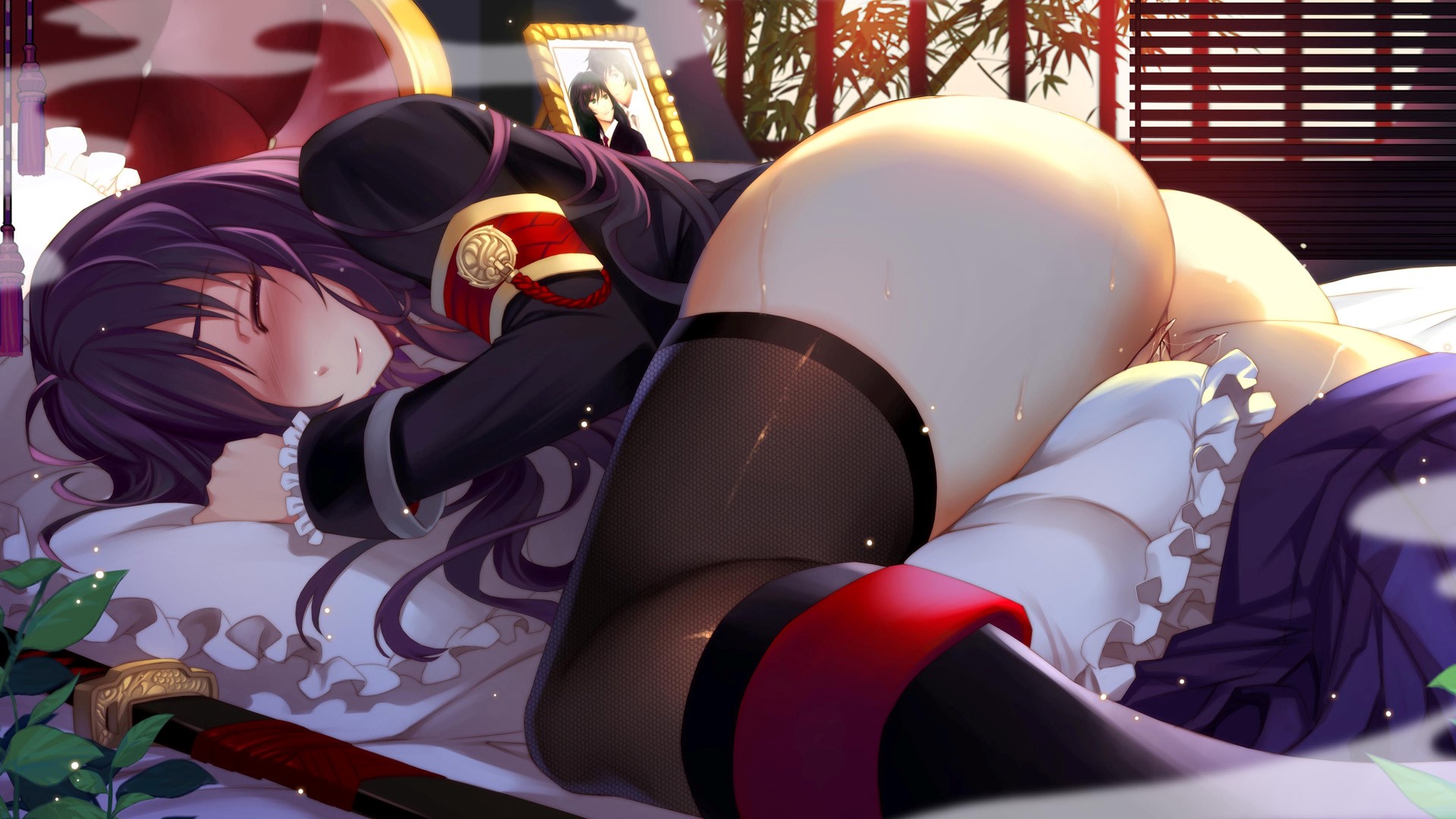