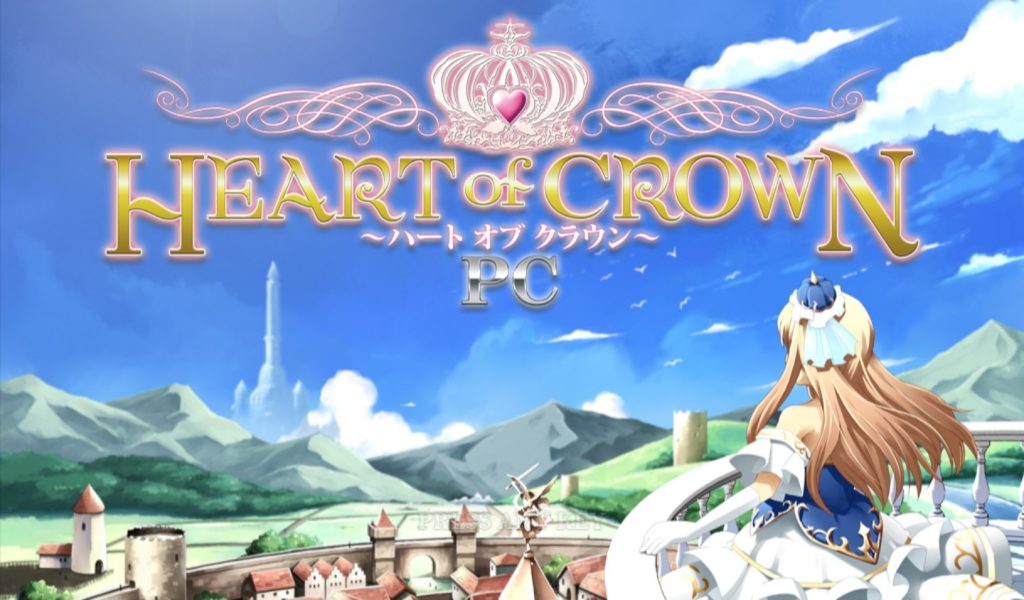 Get the popular Princess-themed deck building card game Heart of Crown by Japanese illustration circle FLIPFLOPs on both PC and a physical set for home!

Brought to life by a Kickstarter campaign in March 2016, the international release of Heart of Crown represents the culmination of multinational partnership and community support in the card game, visual novel and anime hobbyist spheres. Through a combined physical card game and digital release, the Heart of Crown franchise will now be able to reach the widest possible audience. Available on January 19th, but order now to get 10% off the set! It’s up to you to make sure your princess wins the crown!

What is Heart of Crown PC?

The Emperor has suddenly passed away, leaving seven heirs to the royal throne. Which princess will you promote in this battle of succession? Who will save the land from chaos and a war for the Crown!? Heart of Crown PC is both a careful one-to-one re-creation of the physical “Heart of Crown”, and a step above and beyond, taking advantage of all the opportunities that a digital medium has to offer.

At its core, Heart of Crown PC is a deck-building card game in which players use their power, resources and influence to build stronger decks. A player’s ultimate objective is to meet the victory conditions before their opponents and lead their Princess to the throne.

●     “Deck-Building” card game: Show off your skills on a level playing field!

●     7 unique Princesses to adapt to any playstyle!

●     Ranked Matching lets you fight for your place on the online leaderboards!

●     Earn points to unlock campaign stories and delve deeper into the world of Heart of Crown!

●     Visual and Audio effects enhance the gameplay experience in ways that just wouldn’t be possible with the physical card game! Heart of Crown PC is easy to pick up but difficult to master. Sharpen your skills, dominate your opponents, and make sure your princess succeeds to the throne!

About Culture Select
Culture Select is a Delaware, USA based publishing and localization start-up crewed by a tight-knit international team. Empowered by fans and developers around the world, they seek to bring both established and undiscovered titles to brand new markets and fresh new audiences. Interested in the latest updates or just want to shoot the breeze? Follow Culture Select’s Twitter account at www.twitter.com/culture_select and like Culture Select’s Facebook page at https://www.facebook.com/CultureSelect.

About MangaGamer.com (www.mangagamer.com)
MangaGamer.com is the world’s first legal download site for English translated Visual Novels. Since its launch in July 2008, it has offered services where fans can download and enjoy popular Visual Novels such as minori’s ef -a fairy tale of two and OVERDRIVE’s Dengeki Stryker right from their home.

About FLIPFLOPs
A Japanese entertainment production team who have been creating manga and games since 2006, consisting of two members: ginko (ぎんこ) and Yuki Takahata (高畑ゆき). Known for works including Everyday Tales of a Cat God, and as the artists for Etrian Odyssey II: The girl of six flowers.

About illuCalab
An indie video game circle making both original games and franchised games, they have done everything from single player action games to online match card games. Some of their other projects include Raiko the Beast and Illusionary Sky Drift.