“Boobs for Bullets Initiative” by Nutaku To Replace Guns In Games

MONTREAL 16.5.2018 – Today, Nutaku, the largest gaming website dedicated to 18+ titles, announced the launch of the Boobs for Bullets campaign. The initiative, debuted in response to accusations from corrupt western political leaders that video games are responsible for gun violence in America, aims to fund mainstream game developers to remove guns and bullets from their titles, and replace them with boobs and nudity.

“The Boobs for Bullets initiative is Nutaku’s way of de-stigmatizing the impact of violence in video games and its relationship with gun culture in America,” stated Ben Faccio, Project Manager at Nutaku. “We aim to raise awareness of the positive mental benefits of mature online gaming while giving a game studio with a popular title the ability to succeed even further in the oversaturated gaming market.”

Members of the Nutaku community will be able to nominate their favorite mainstream gaming title for this special funding. The game developer or studio behind the title with the most votes will receive an official offer from Nutaku detailing the terms of the gun removal and nudity implementation conditions. Once development of the adapted title is complete, Nutaku will host the game on their platform at zero cost to the developer with additional marketing assistance to promote the title. 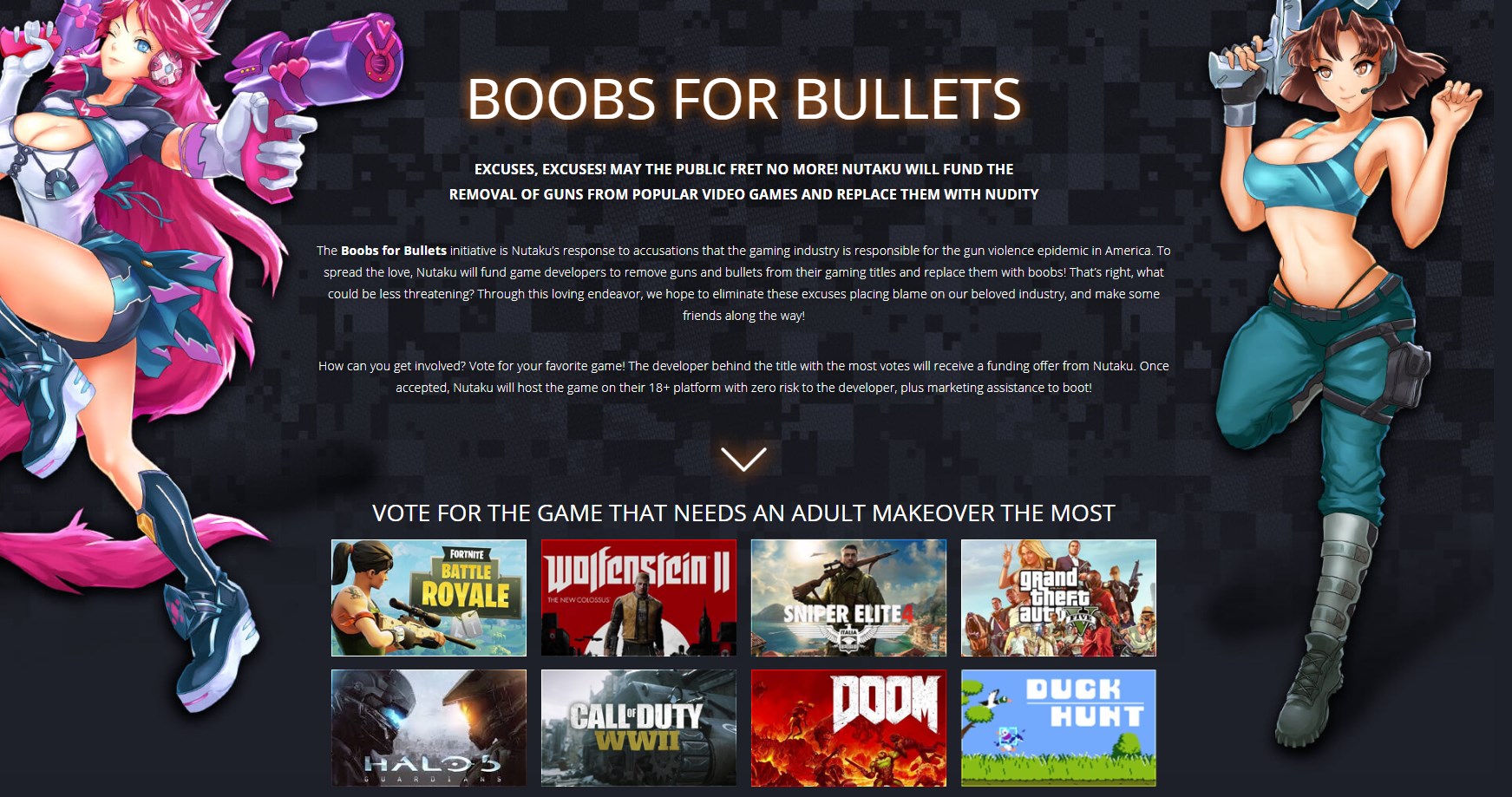 “Giving our community the ability to adultify their favorite mainstream game is a part of Nutaku’s larger advocacy effort to defend the adult online gaming industry, while highlighting its benefits next to the downsides of exposures to violence,” said Faccio. “While we are in no way trying to remove guns from games to lessen gun violence, we would like to bring light to the benefits of gaming and the mass popularity of extreme violence in today’s most played and talked about games.”