Net Neutrality is Government Control Over The Internet 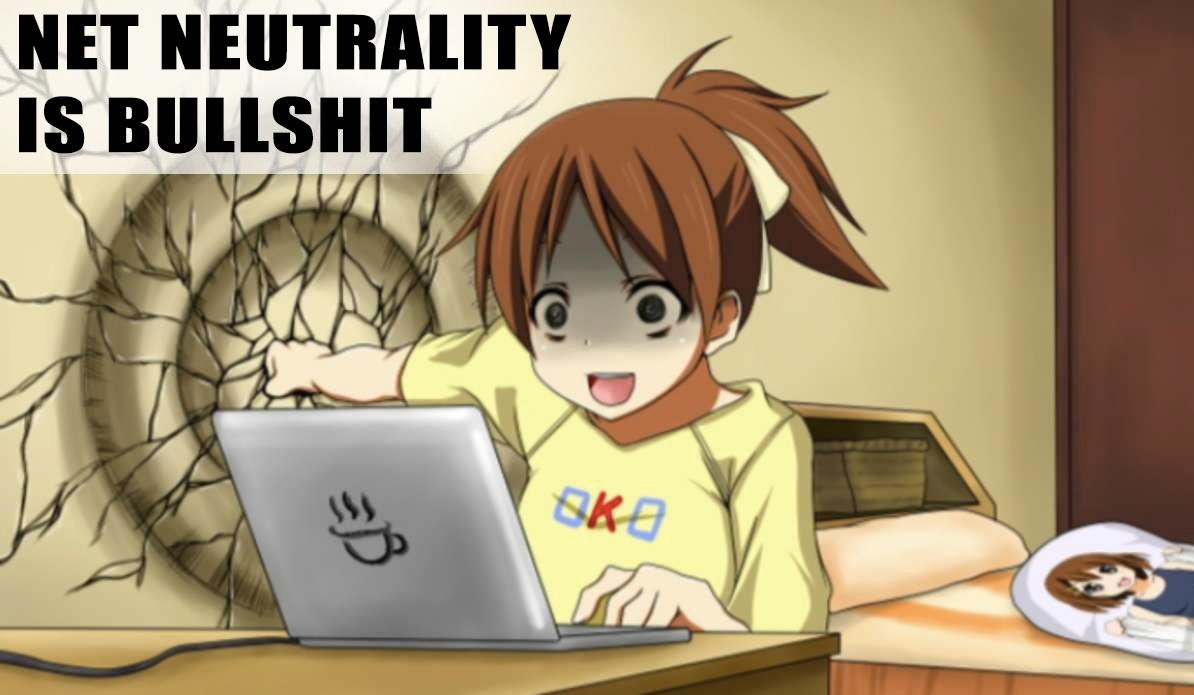 Written by Otaku Apologist. Video by PragerU. Click the video to view it.

Like most people, I’m very busy playing the resource game to pay the bills. It’s hard to pay attention and figure out what side I should stand on with new government laws being introduced.

When the Obama administration introduced Net Neutrality in 2015, it was hailed as the means to stop internet service providers (ISP) from abusing their monopoly positions. Regulation of monopolies is the strawman argument for the expansion of government power. This should have been a big red flag for people who jumped on the pro net neutrality train. The second red flag was the amount of media hysteria around the subject; If everybody around you is talking about something, chances are you have been victimized by government or corporate propaganda. It costs millions upon millions of dollars and requires highly sophisticated mass communication tactics to spread information and get people to act upon their feelings.

According to Wikipedia, the definition of Net Neutrality is the following:

Net neutrality is the principle that Internet service providers treat all data on the Internet equally, and not discriminate or charge differently by user, content, website, platform, application, type of attached equipment, or method of communication. For instance, under these principles, internet service providers are unable to intentionally block, slow down or charge money for specific websites and online content. This is sometimes enforced through government mandate.

Basically, the term “Net Neutrality” is a manipulative play on words. It’s a “principle” that is enforced by the government. This should be another red flag, but apparently people don’t spend the time reading the news of the very frequently popping up examples of corrupt government officials abusing their positions for self-gain.

What was the goal of Net Neutrality? The corporate monopolies who are the biggest users of bandwidth, ie. Google, Twitter, Youtube and Facebook, used to pay the biggest bucks for their use of fiber optic cables and all that. With Net Neutrality, they got a nice cut to their operational expenses. These companies were also major backers of the legislation.

There are only a few industries where free market competition cannot cure the problems caused by monopolies abusing their positions. The problems usually occur in industries where the starting capital is insanely high, and the companies control key infrastructure. The mining industry is a great examples of this; When a mining company owns a mine for a natural resource, no competitor can mine it other than the company that owns the mine. Also, the technology, knowhow, the amount of manpower needed to extract resources from the ground and sell it in the market is too much for most newbie companies to enter the field. In the case of such industries, you can make the argument that government regulations are needed to stop abuse, but those regulations need to be very, very well-designed to avoid making the problems even worse. That’s why free speech is so important; so we can discuss solutions to these kinds of complex issues.