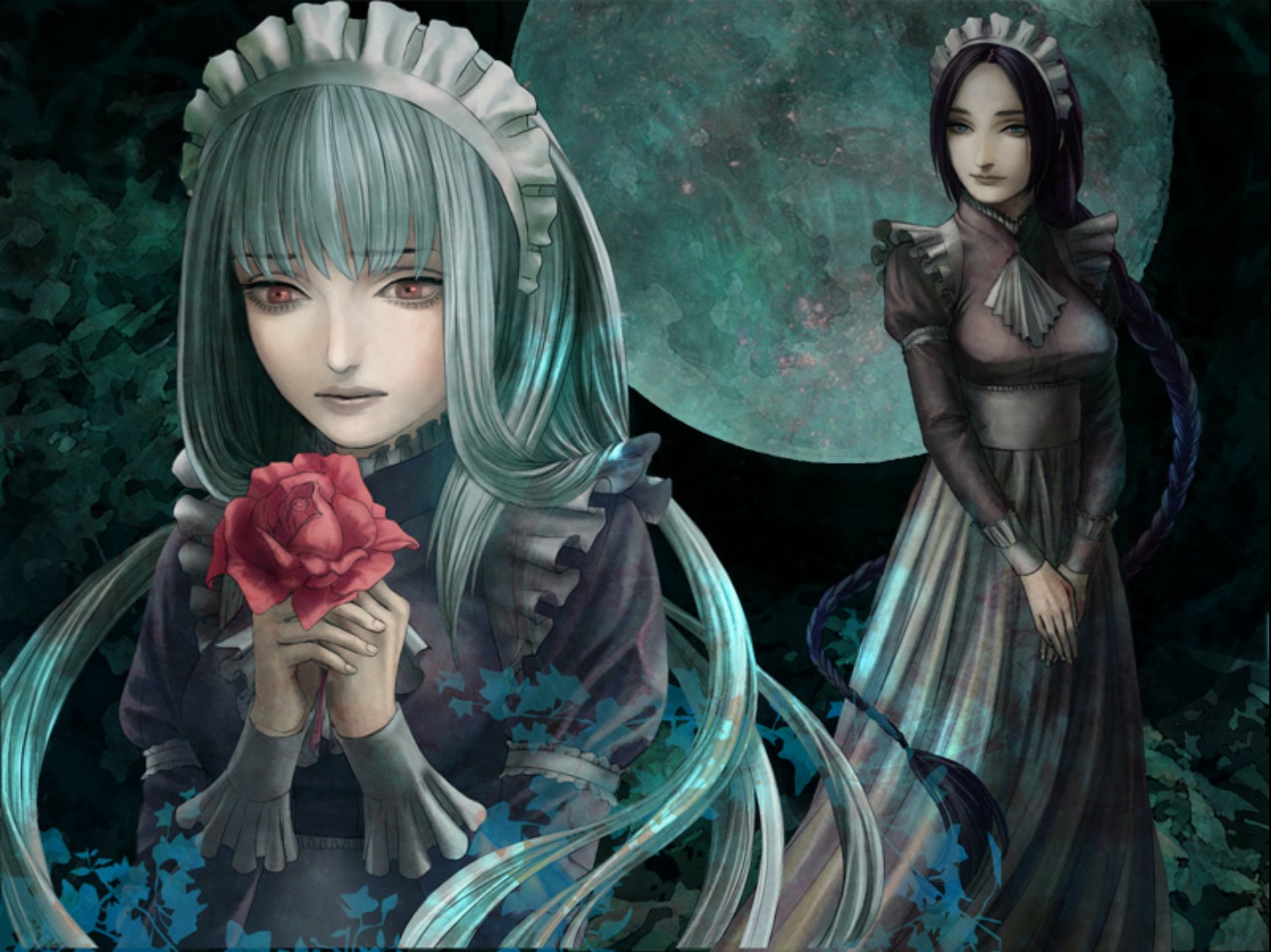 The House in Fata Morgana, a romance visual novel developed by Novectacle. Released on May 13, 2016. Available for download on MangaGamer for $24.95. Available for PC Windows operating systems. No sexual content. No voice acting.

Welcome to the emotional rollercoaster that is The House in Fata Morgana! It’s a collection of four romantic short stories that all end in tragedy. The stories are expertly written and satisfying. If you got sadness bottled up inside of you from experiencing one failed relationship after the other, this game will turn your guts upside down and make you bleed your soul out of your eye sockets. 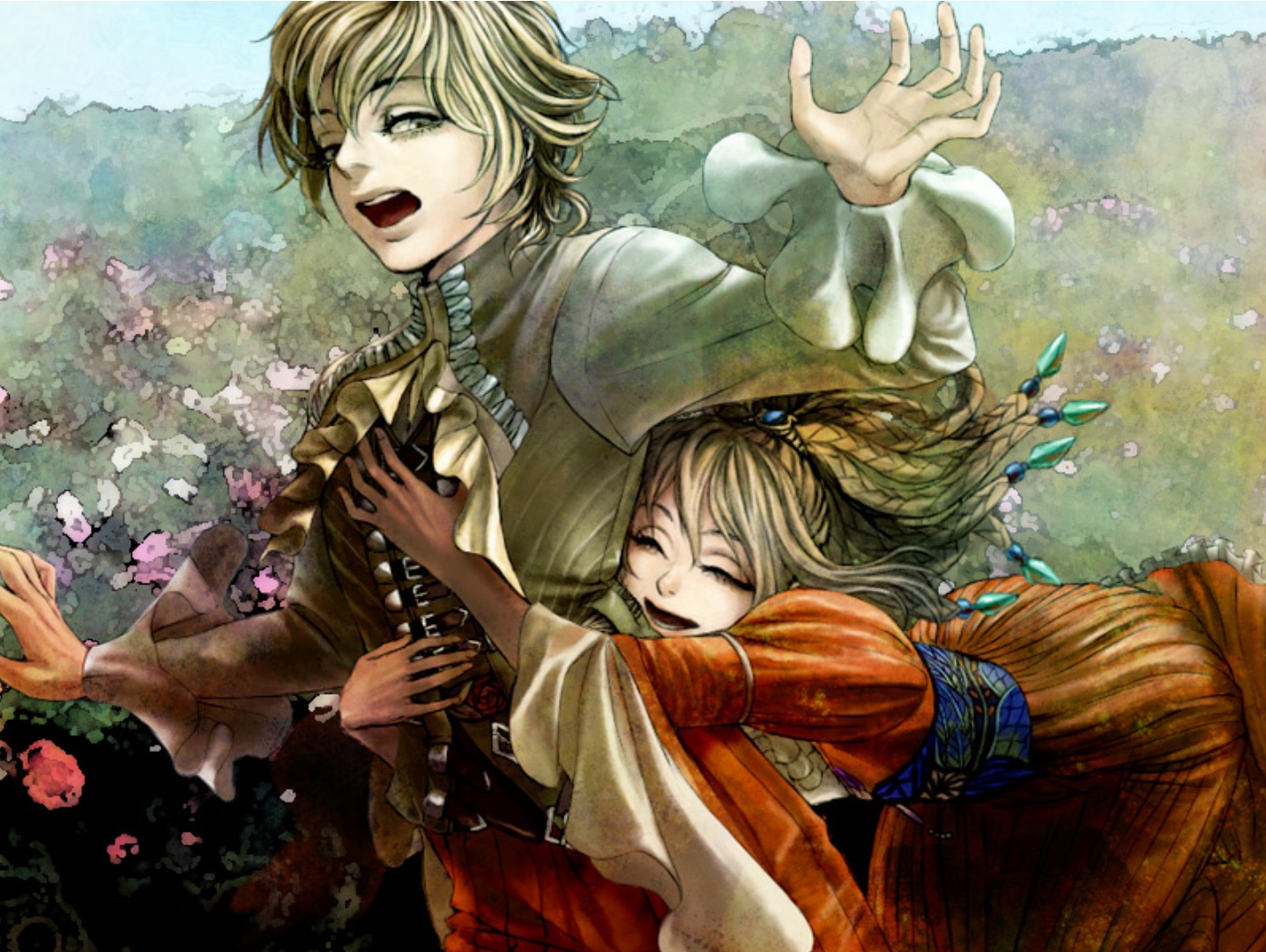 You are the lord of a desolate mansion. You are woken from your restless slumber by a deathly pale maid. She invites you on a tour around the mansion. Behind each door is a story of great passion and tragedy. One by one, you open the doors to wittness these stories.

The stories are somewhat disconnected from each other. The characters of each era have no connection to each other, they are only connected by the place (the mansion), and the themes of dysfunctional relationships between dysfunctional people.

The beautiful heart-rending drama that takes place would never happen if the characters were smart. They pursue their love interests with a burning obsession, ignoring the warning signs. The male character in every story is an abusive bastard. The female love interest is always a white-haired girl that wants to love him and heal him. You can guess how well that goes. 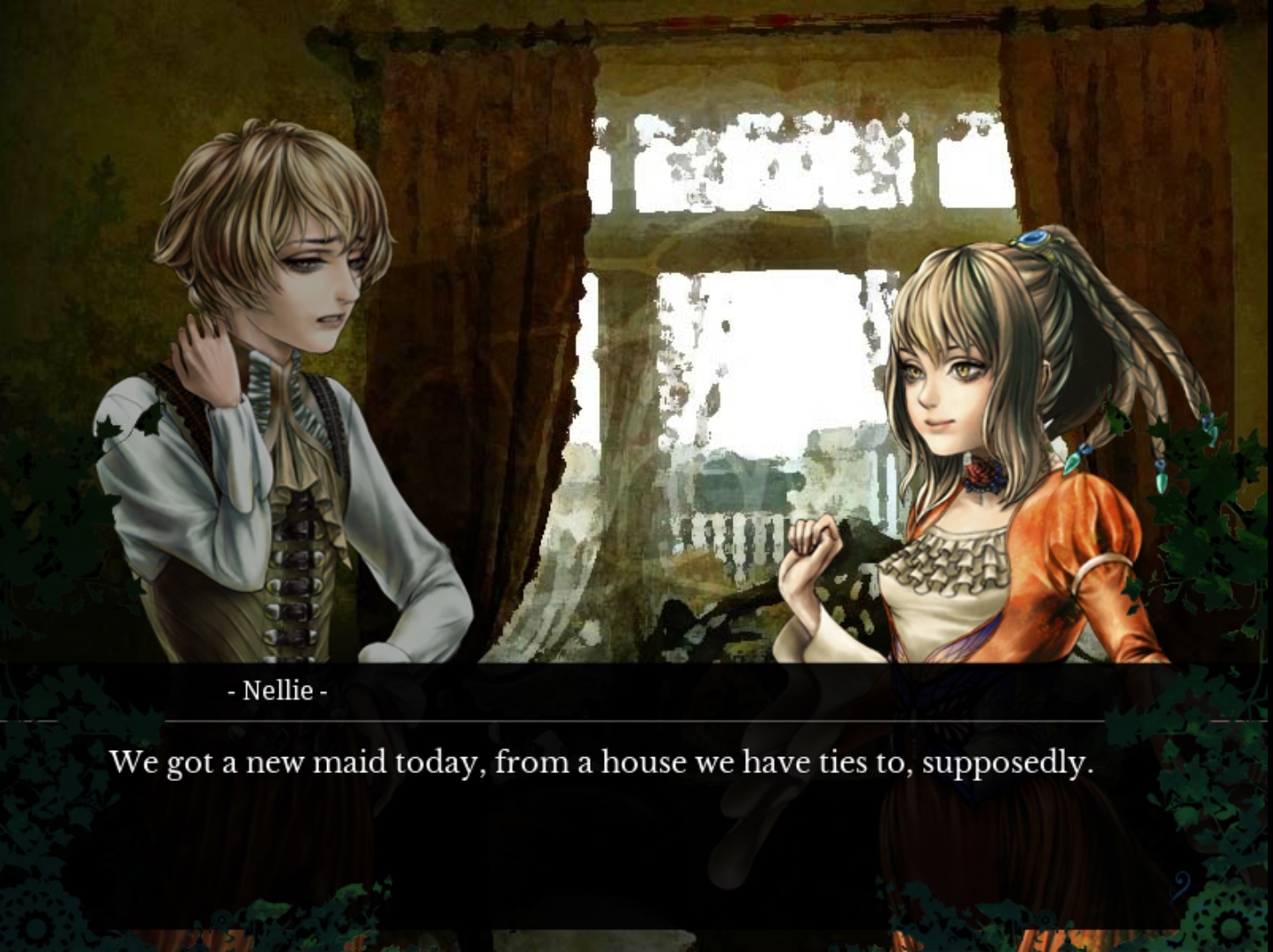 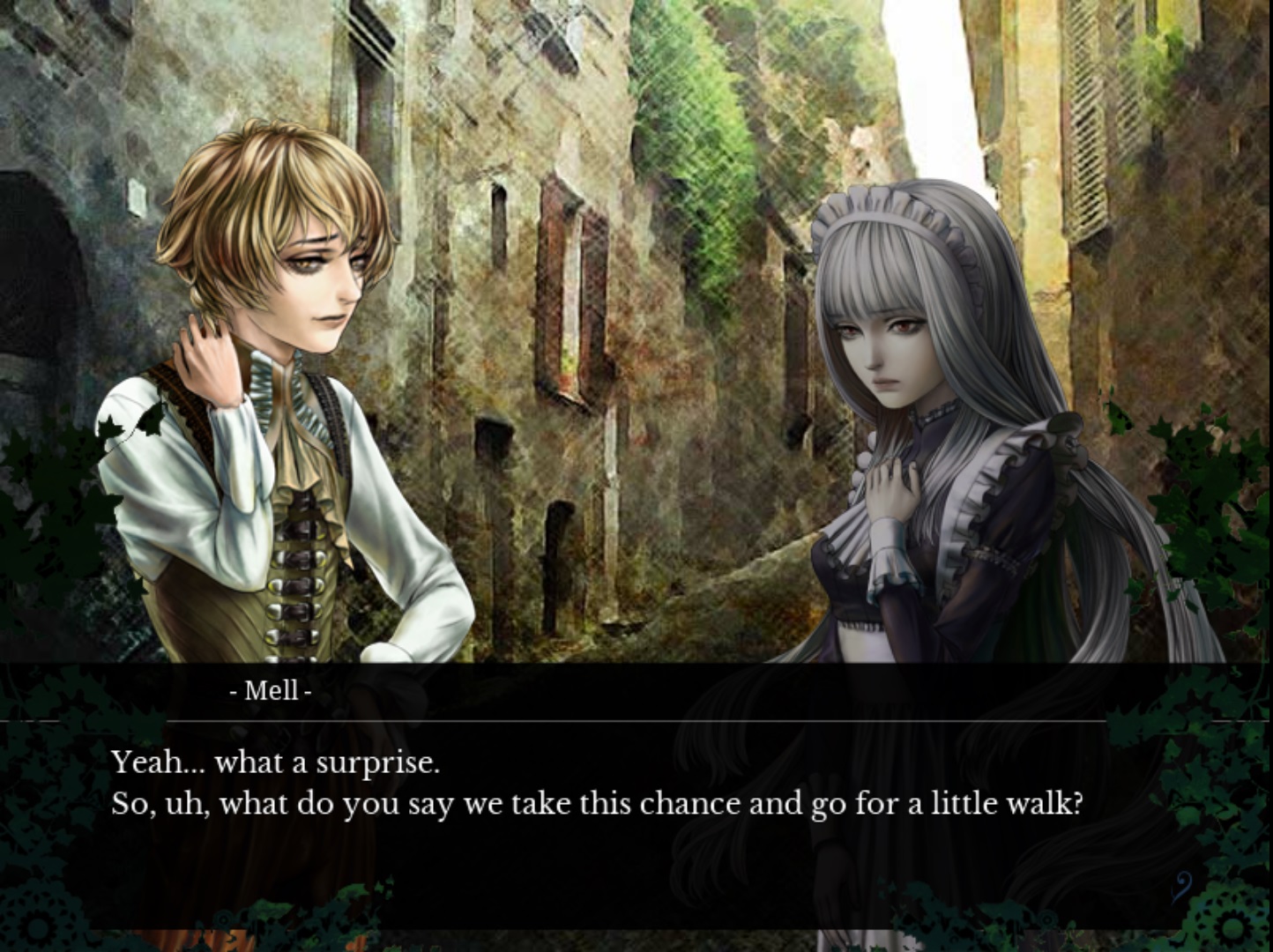 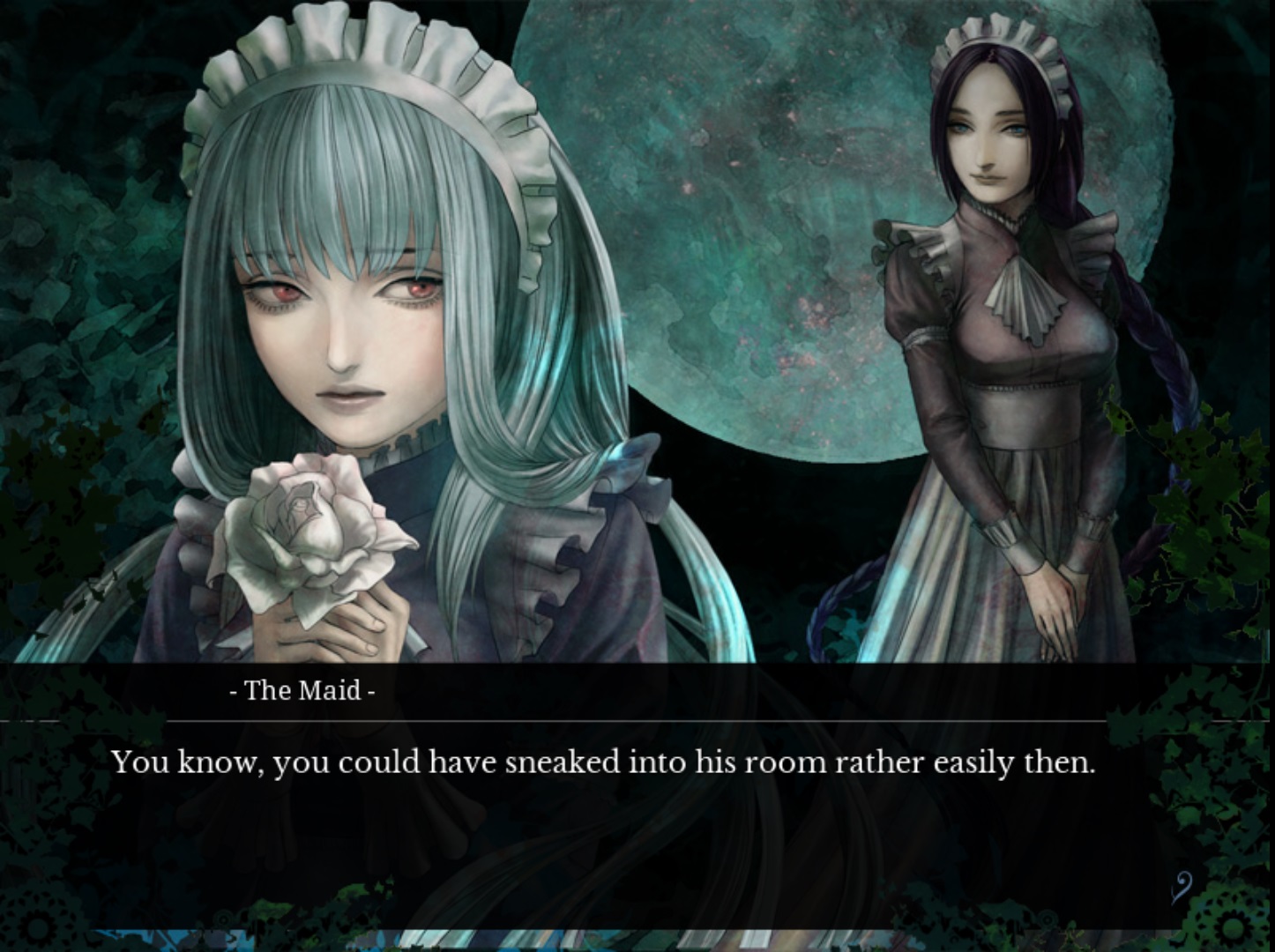 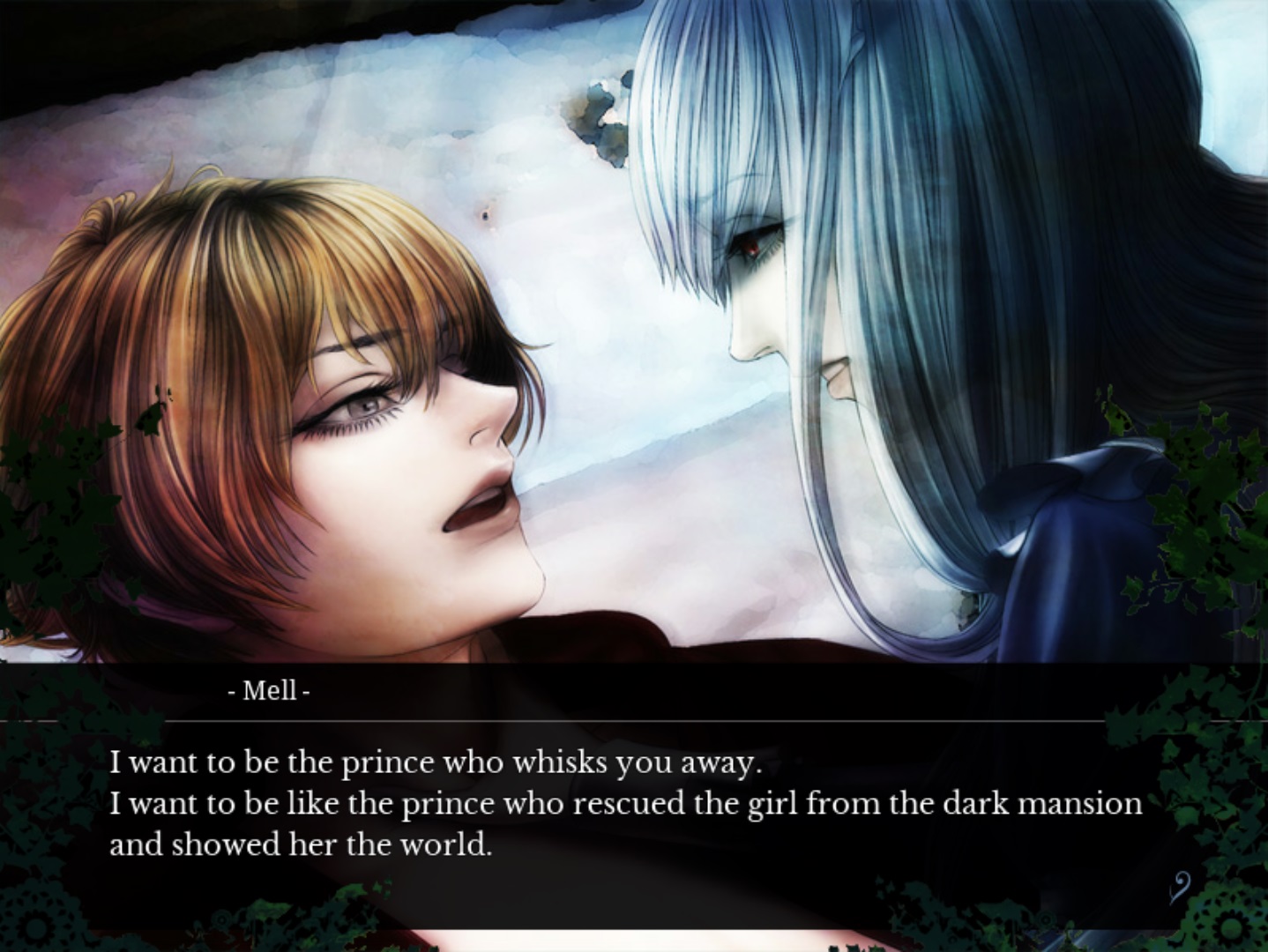 The first door explores the relationship between two siblings named Mell and Nellie. The two are inseparable. When they grow into teenagers, their relationship grows strained. A beautiful white-haired girl maid appears in the mansion, captivating the heart of Mell. Meanwhile, the family wants to arrange a marriage for Nellie. When dark family secrets are accidentally unearthed, there’s no stopping the tragedy that will unfold. 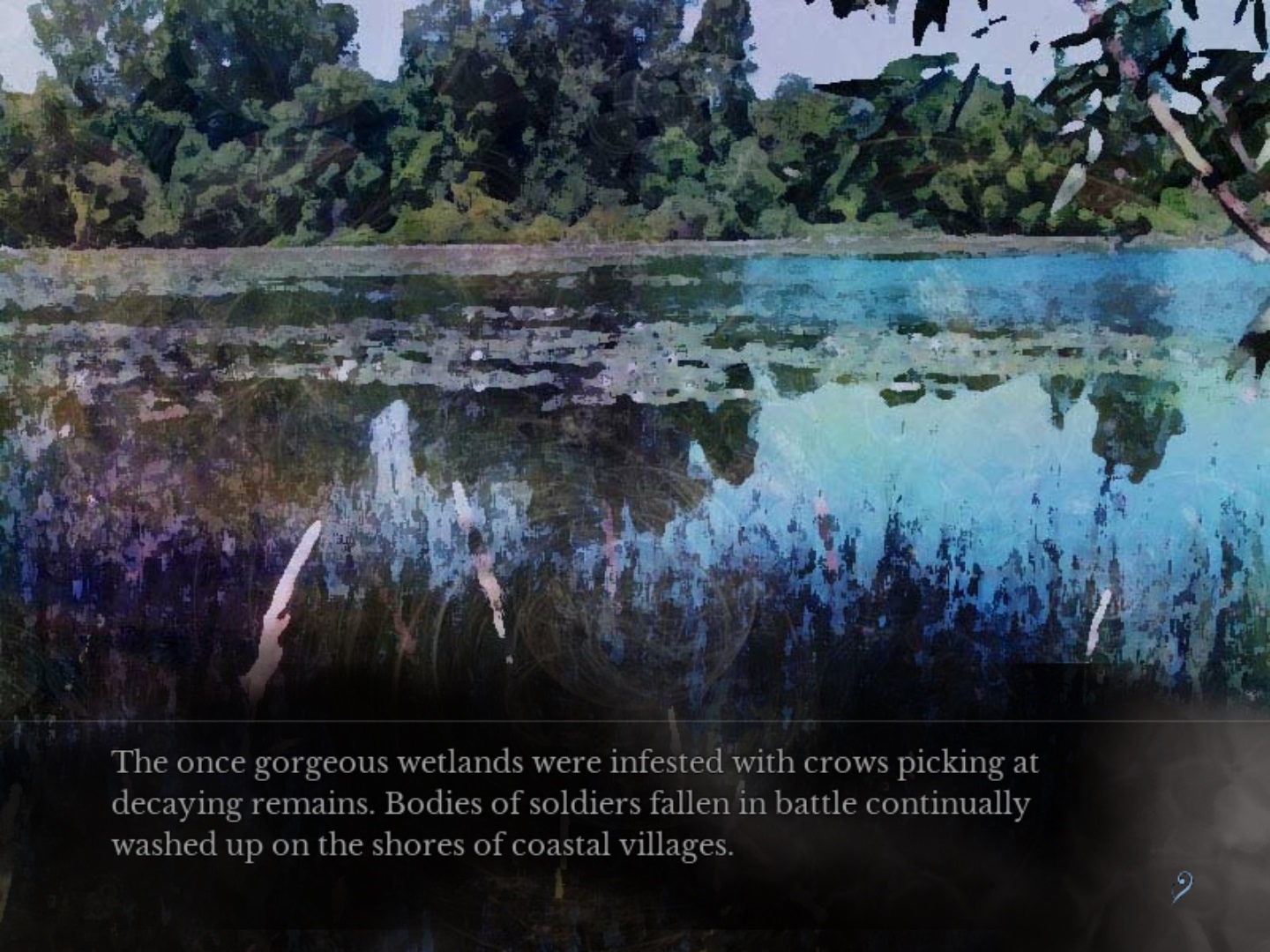 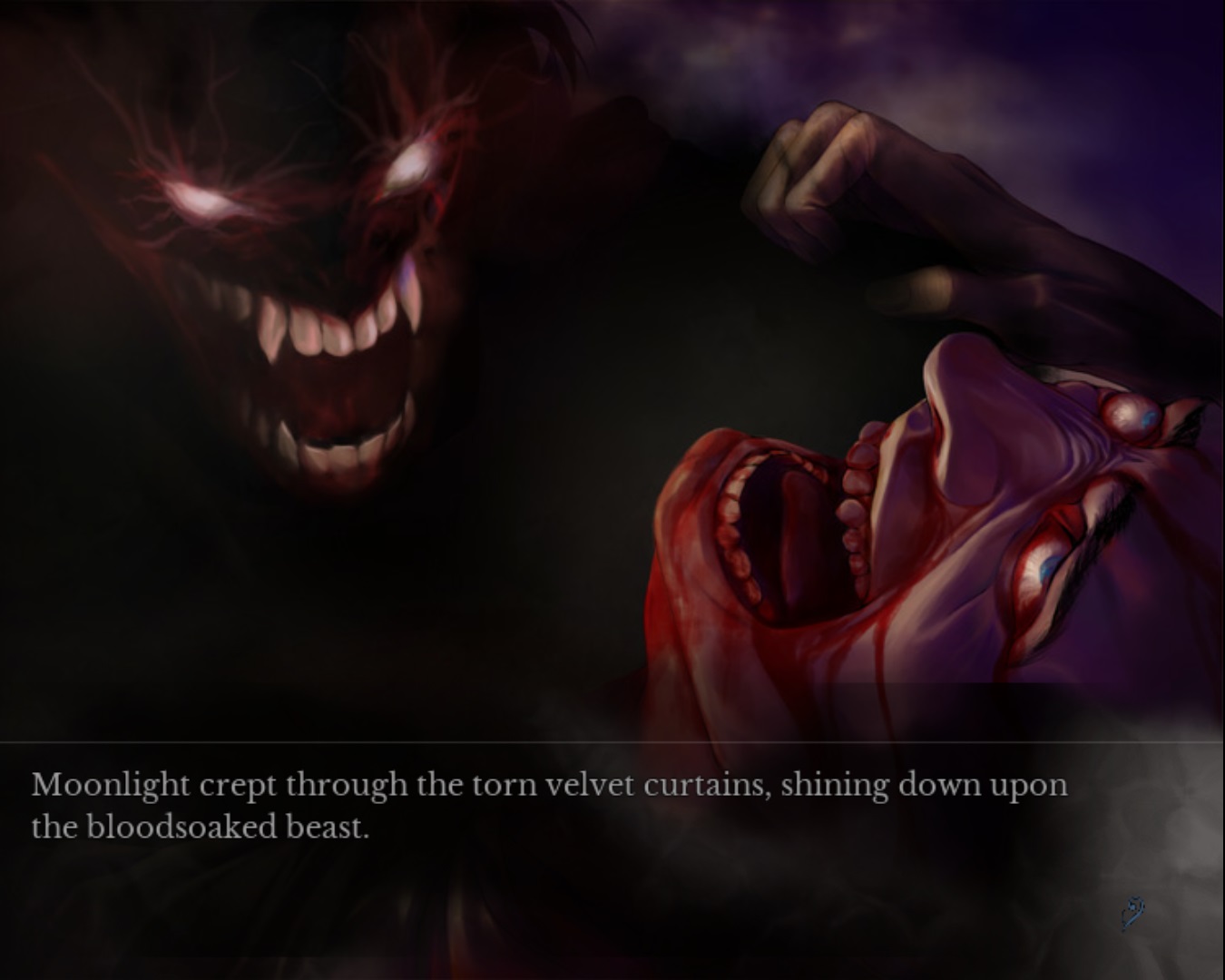 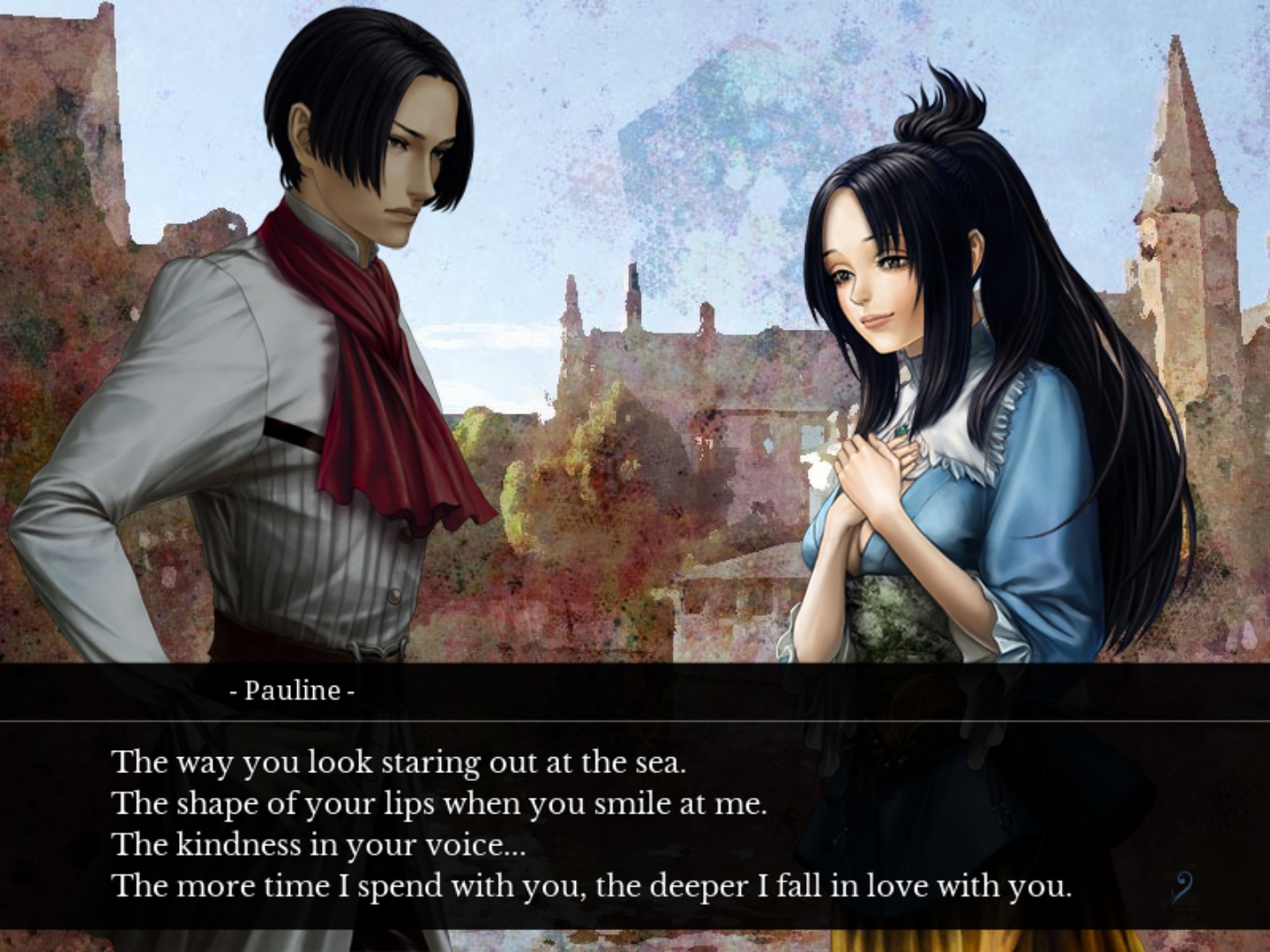 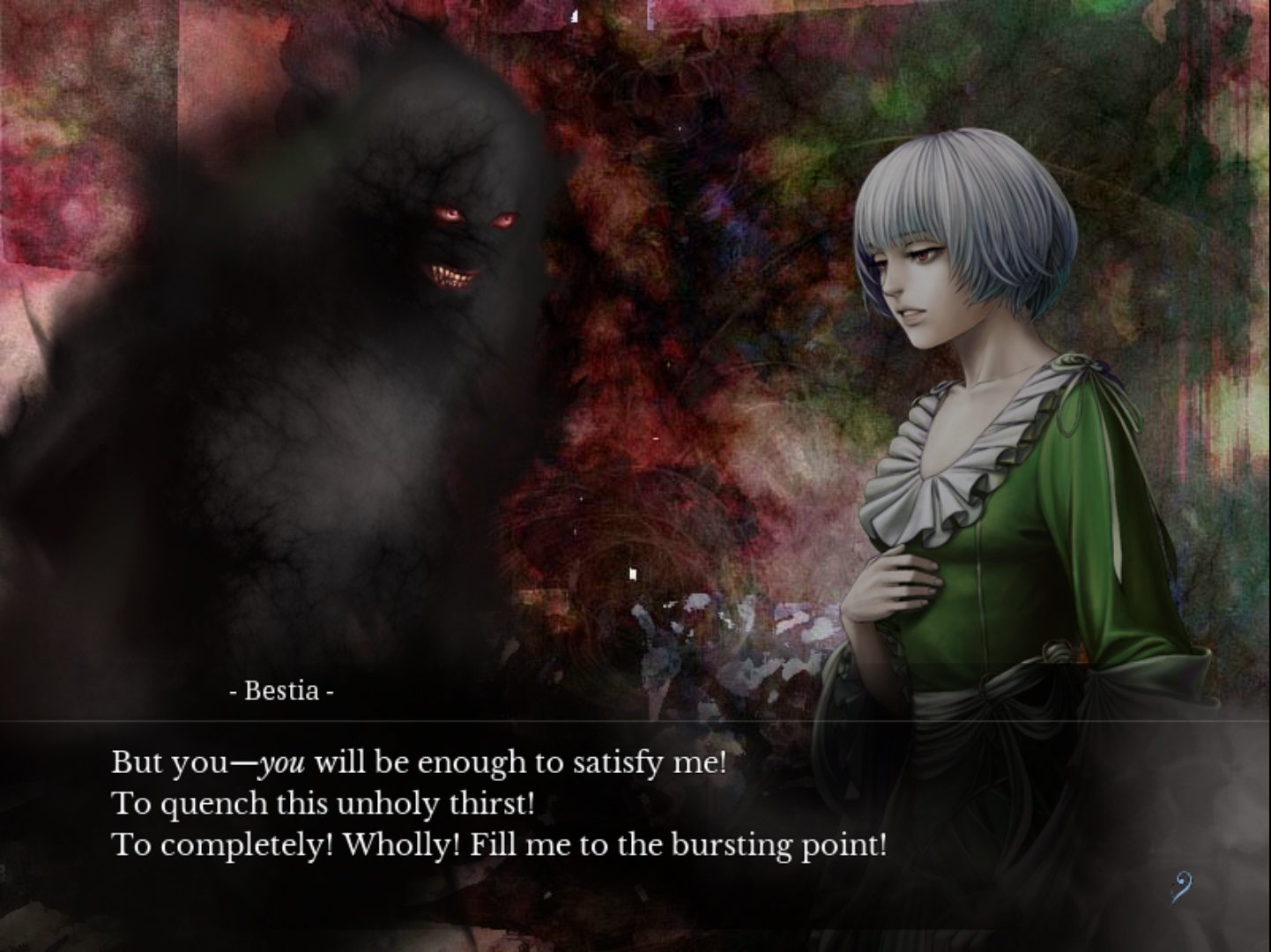 The second door is the story of a monster that takes residence in the mansion 50 years after. The murderer calling itself Bestia commits a killing spree in the nearby village and retreats into hiding. He is assisted by the pale maid who teaches him to talk, eat, and act like a human being. Unfortunately, this makes everyone who visits the mansion unable to recognize the demon they’re dealing with. One villager after the other wanders into the mansion where the monster brutally kills them. One of the people he murders is a handsome travelling merchant with black hair. The story follows her fiancee’s search for her lost lover. 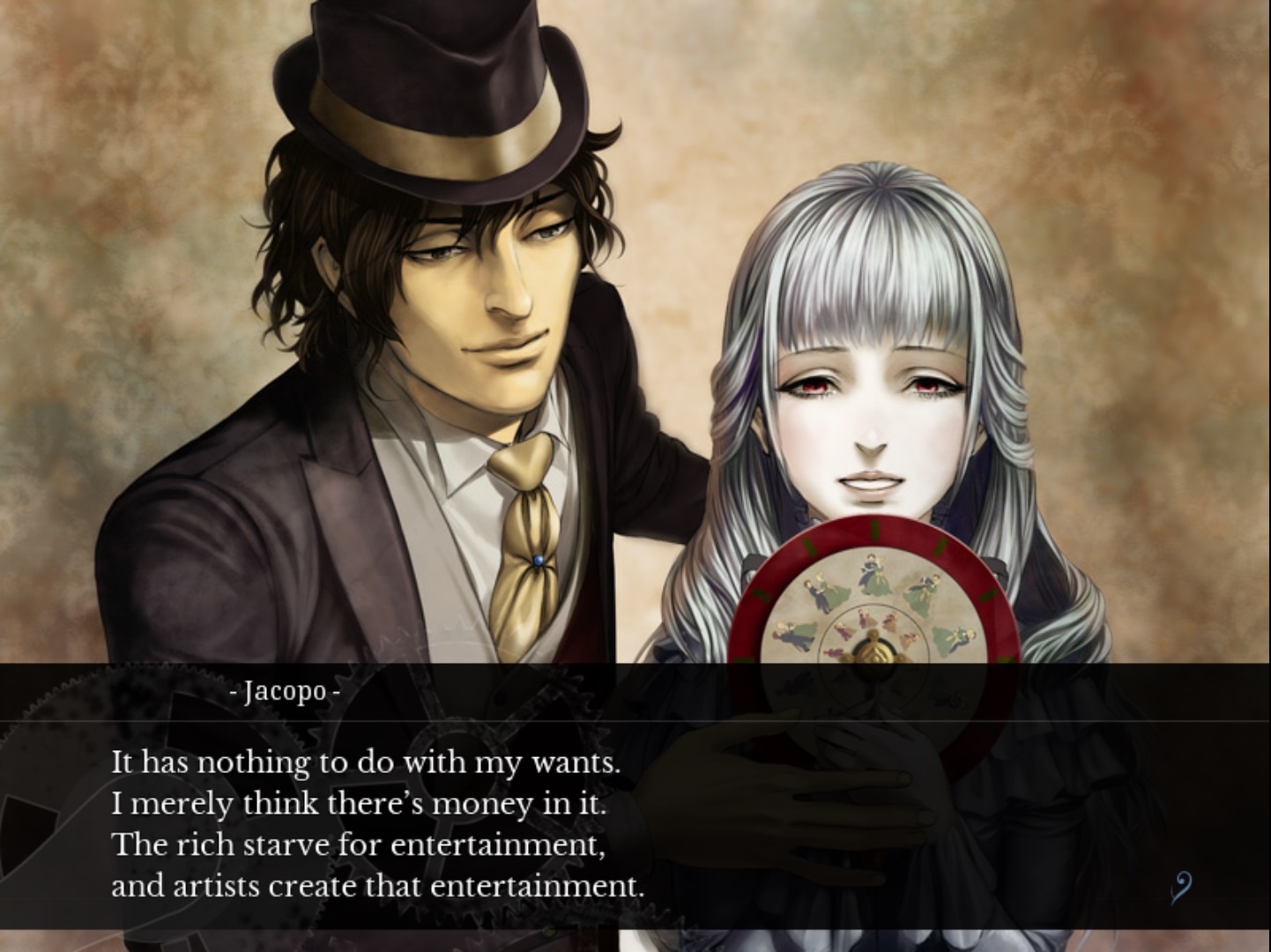 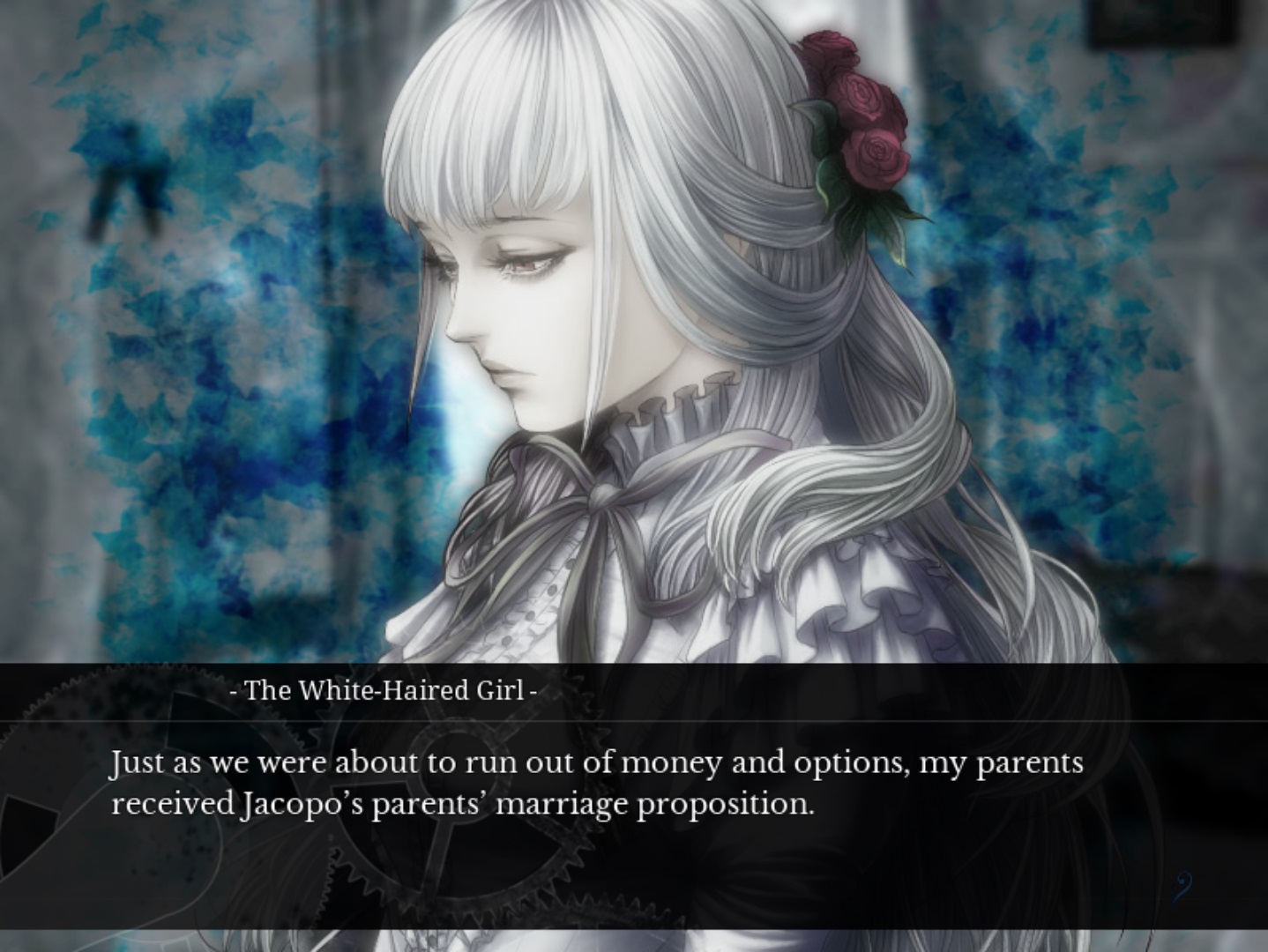 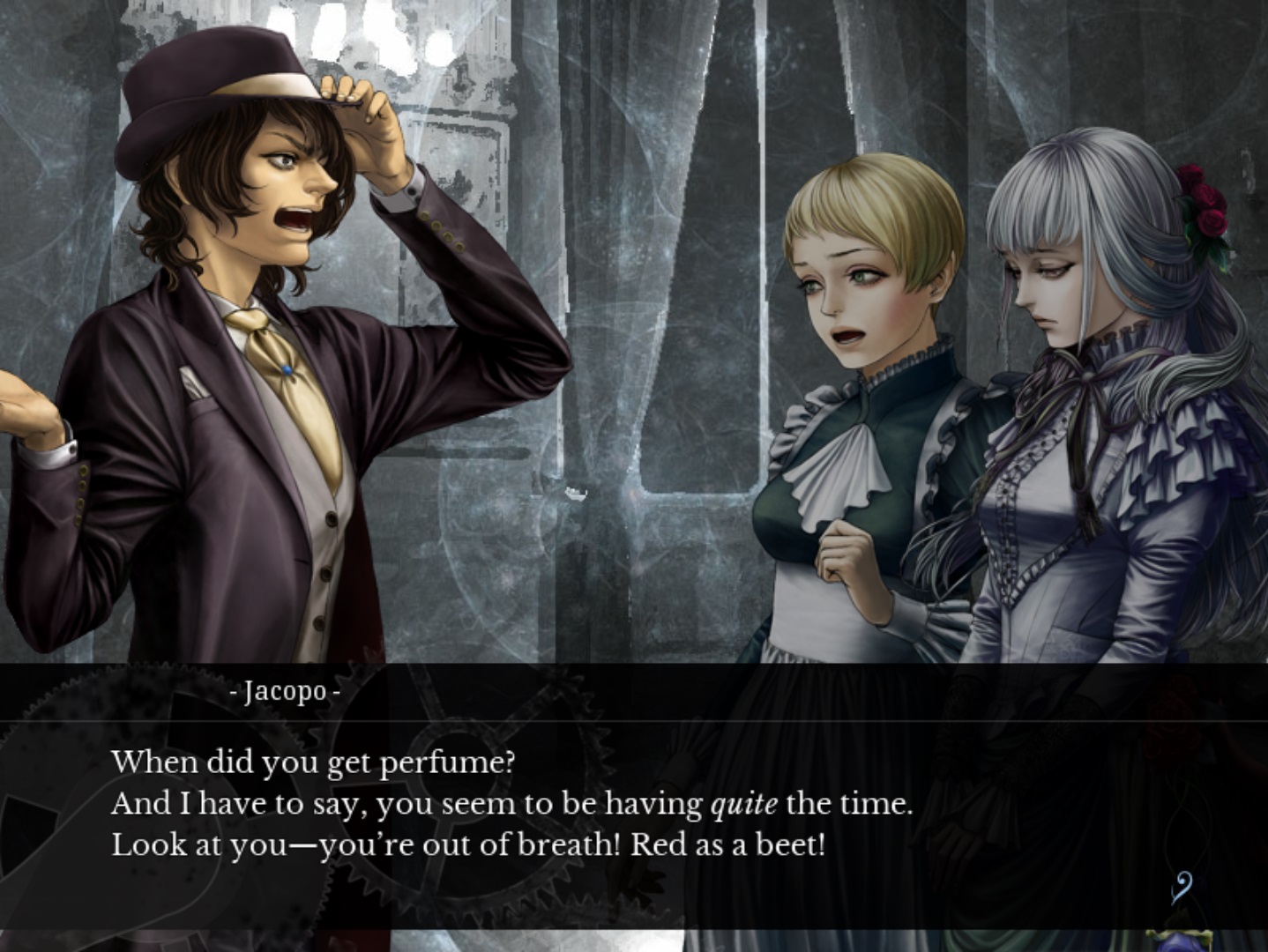 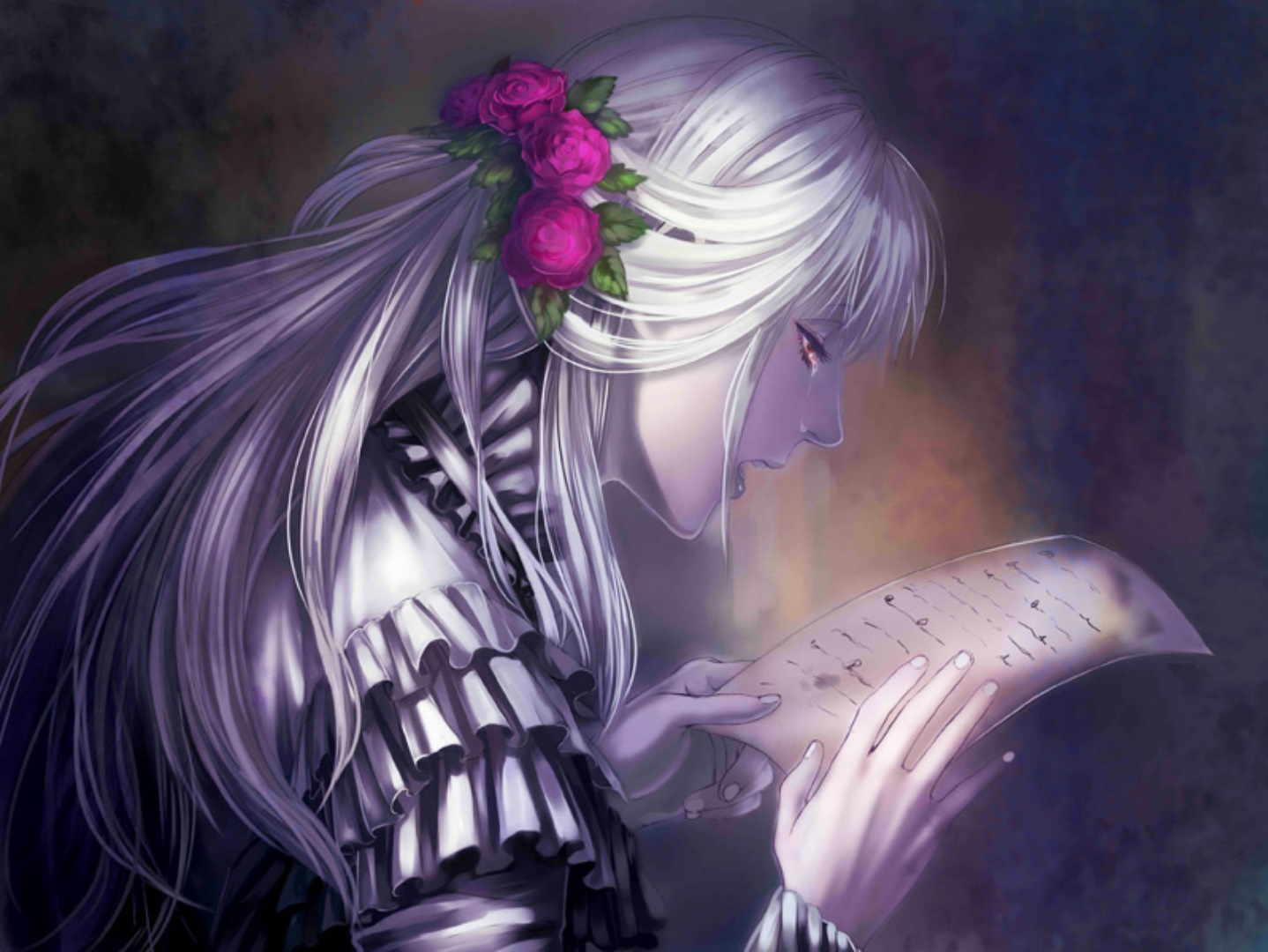 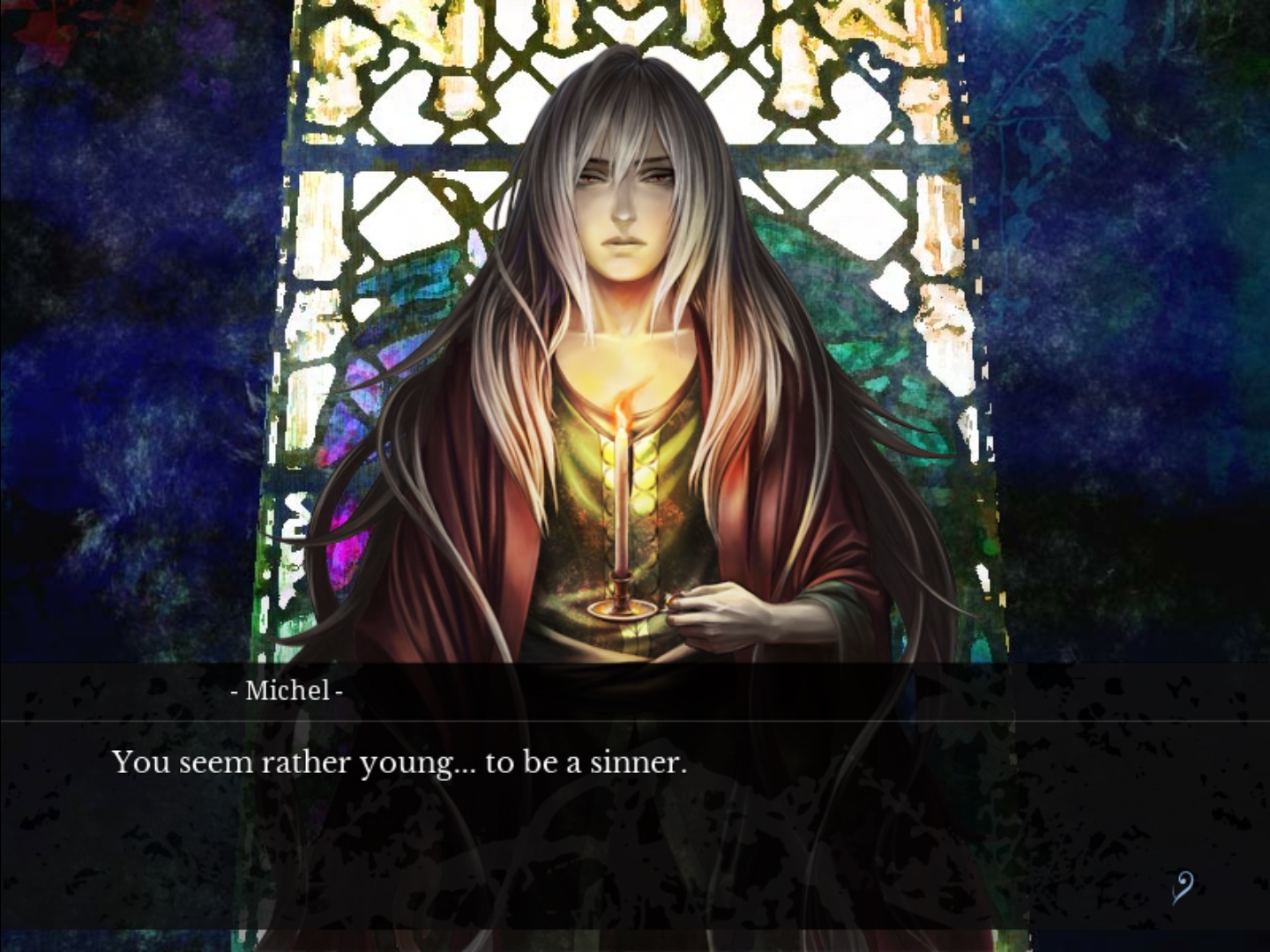 The fourth door explores the past of the mansion. We are taken back almost a thousand years to the medieval era. The white-haired girl starts living with the lone man living in the mansion. She learns the truth about the witch Morgana that was rumored to have placed a curse on the mansion.

The writing is very prosaic, with plenty of juicy descriptions that made the world come alive. The dialog is realistic. Each character has a personable, distinct way of speaking that contrasts with the other characters. The reading experience was a pleasure.

I loved the characters. Their feelings and motivations made sense. I could relate to the male characters’ desperate attempts at establishing lasting relationships with high-status females out of their league. The violence, despair, and obsession of these men was riveting. The men seemed like such upstanding people until their warrior genetics got the best of them. Bursting with toxic masculinity, they abused their girls and murdered motherfuckers in fits of monkey madness. None of the bruality was at all necessary, but what can you do when God curses you with a penis?

The House in Fata Morgana has a unique hand-painted artstyle. The art is consistent in style and quality throughout the game. The characters look like dolls. The emotions on their faces are often exaggerated, like you’re watching a play where the players wear masks. The art is intricately detailed and gorgeous. It’s completely unique and not something you’ll see in any other game out there. The outfits especially were just jaw-dropping with their beauty.

The backgrounds look like oil paintings painted with very broad strokes. They create the right moods for the scenes. The style doesn’t clash with the character art, but it’s definitely more simplistic and lacking in details. I’m certain it’s a cost-cutting trick that Novectacle employed.

The House in Fata Morgana is a visual novel. You click the screen to “turn the pages”. The game offers occasional choices that impact which of the many endings you unlock. There are no routes. 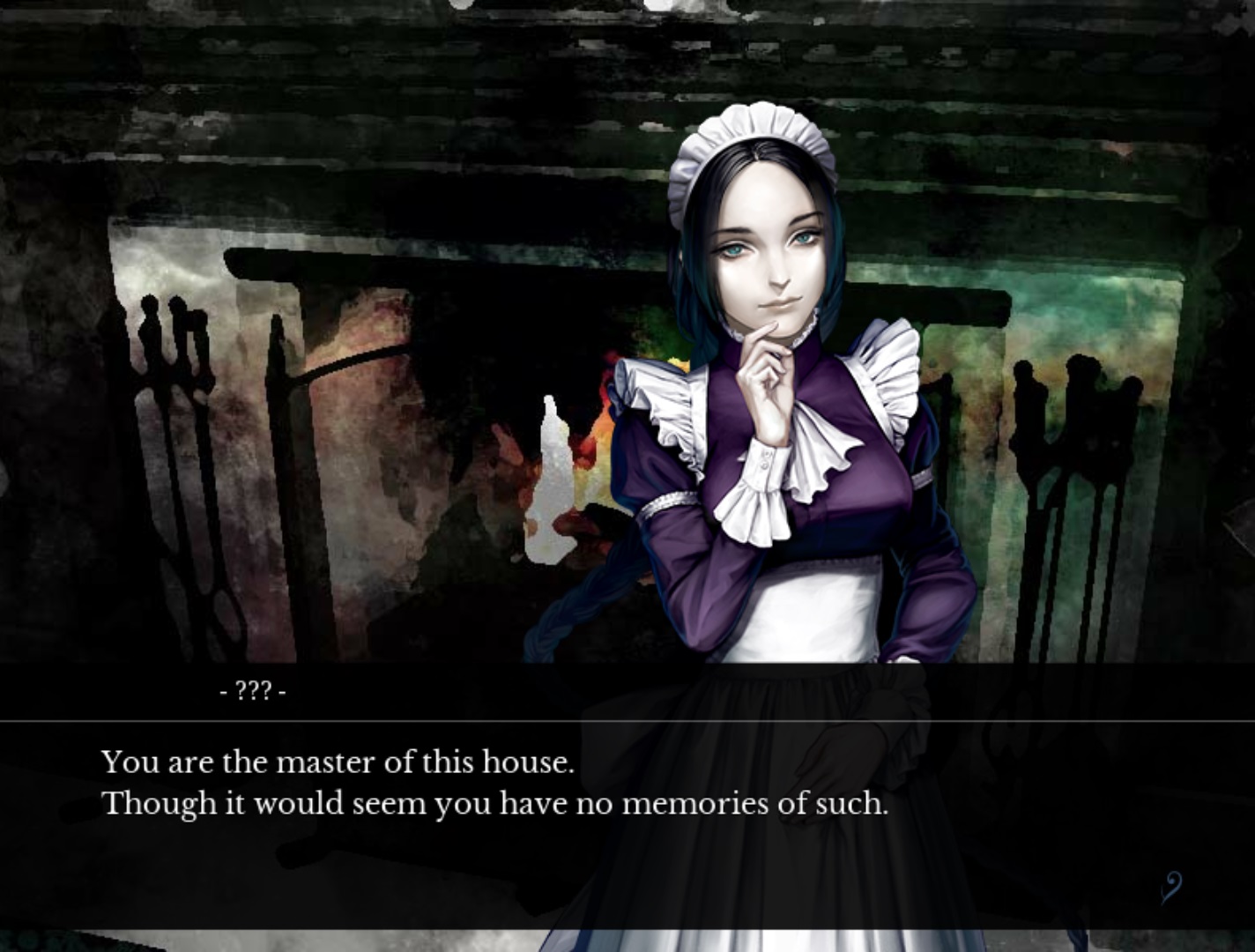 The soundtrack is unlike anything you’ll ever hear in the average eroge. Full of unique atmospheric tracks of varying genres, the soundtrack captivates a wide range of deep emotions. The songs are powerful, dramatic, and memorable. The compositions aren’t rigid about sticking to genre conventions either; in several songs, the musicians employed tricks that make Radiohead look like a mainstream band. Some tracks even have beautiful female vocals on top of the melody.

Each short story introduces new songs, some of which only play during one dramatic scene. I can’t speak highly enough about the soundtrack when every song is good as a standalone piece, and in context of the story. The developer truly put their heart and soul into this masterpiece.

The House in Fata Morgana has no voice acting. I didn’t feel bothered by this. Voice acting on top of the music and sound effects would have made the experience chaotic.

The game has effects for dramatic moments, like when things are broken and ripped apart. There’s sounds for open-palm slaps, sword swings, gunshots, broken bones, and more. When a knife or katana is in the scene, you hear how the character pulls the weapon into the open.

There’s also natural sounds, like rain and thunder, which are incredibly realistic. I’m a big fan of gloomy atmospheres. Scenes where you hear the rain, the rain fall is animated.

This game is romantic and story-focused. The sexual tension is mild. There are no sex scenes. 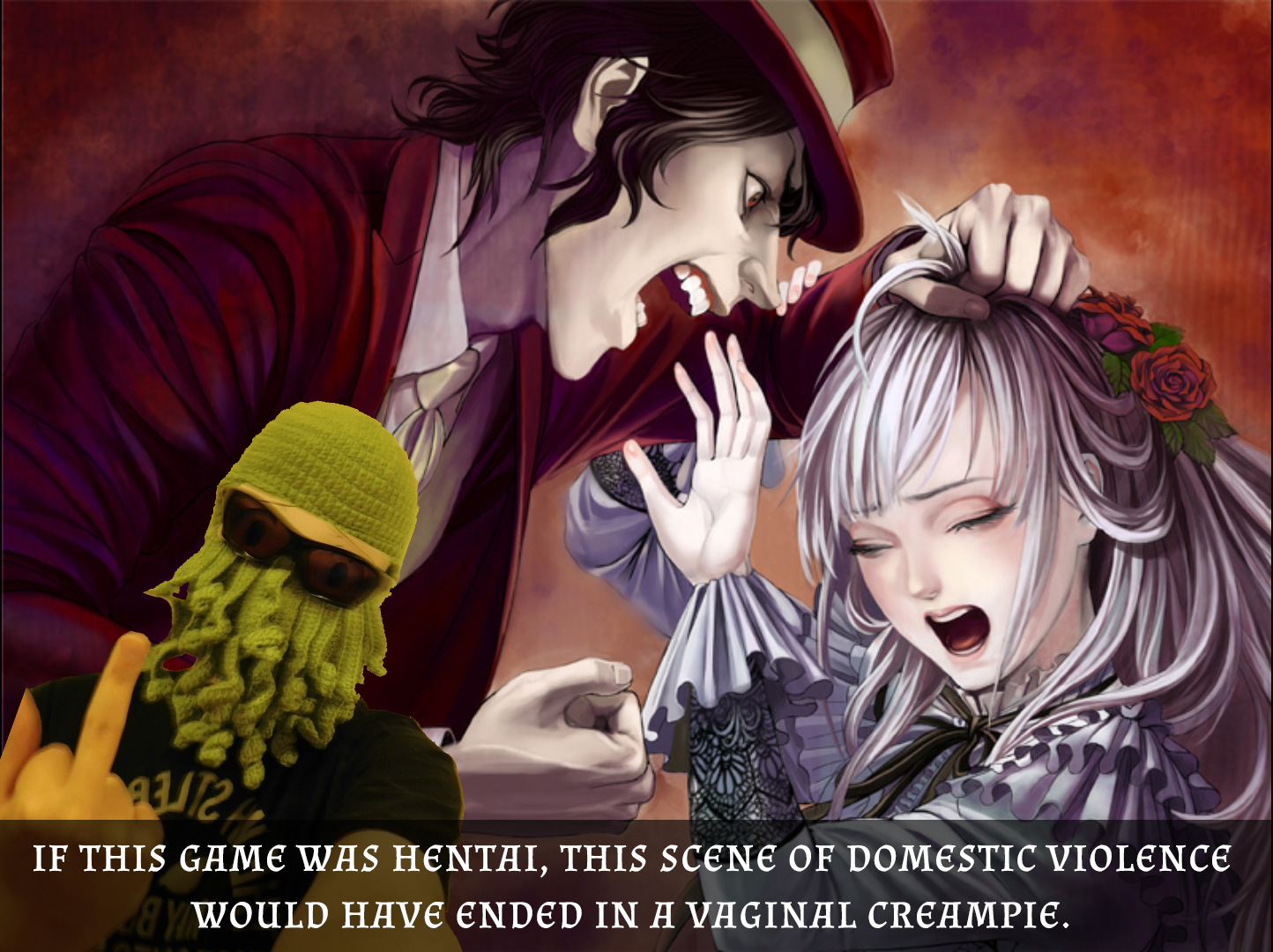 The House in Fata Morgana is the kind of experience you’ll regret waiting to play. The moment you start playing, you’re thrown into a captivating world with interesting characters. The short stories are expertly written with great dialog and dramatic plot developments. The visual and verbal storytelling are so good, you go through the rollercoaster of emotions in every story. I cried my eyes out in every story, and it was satisfying.