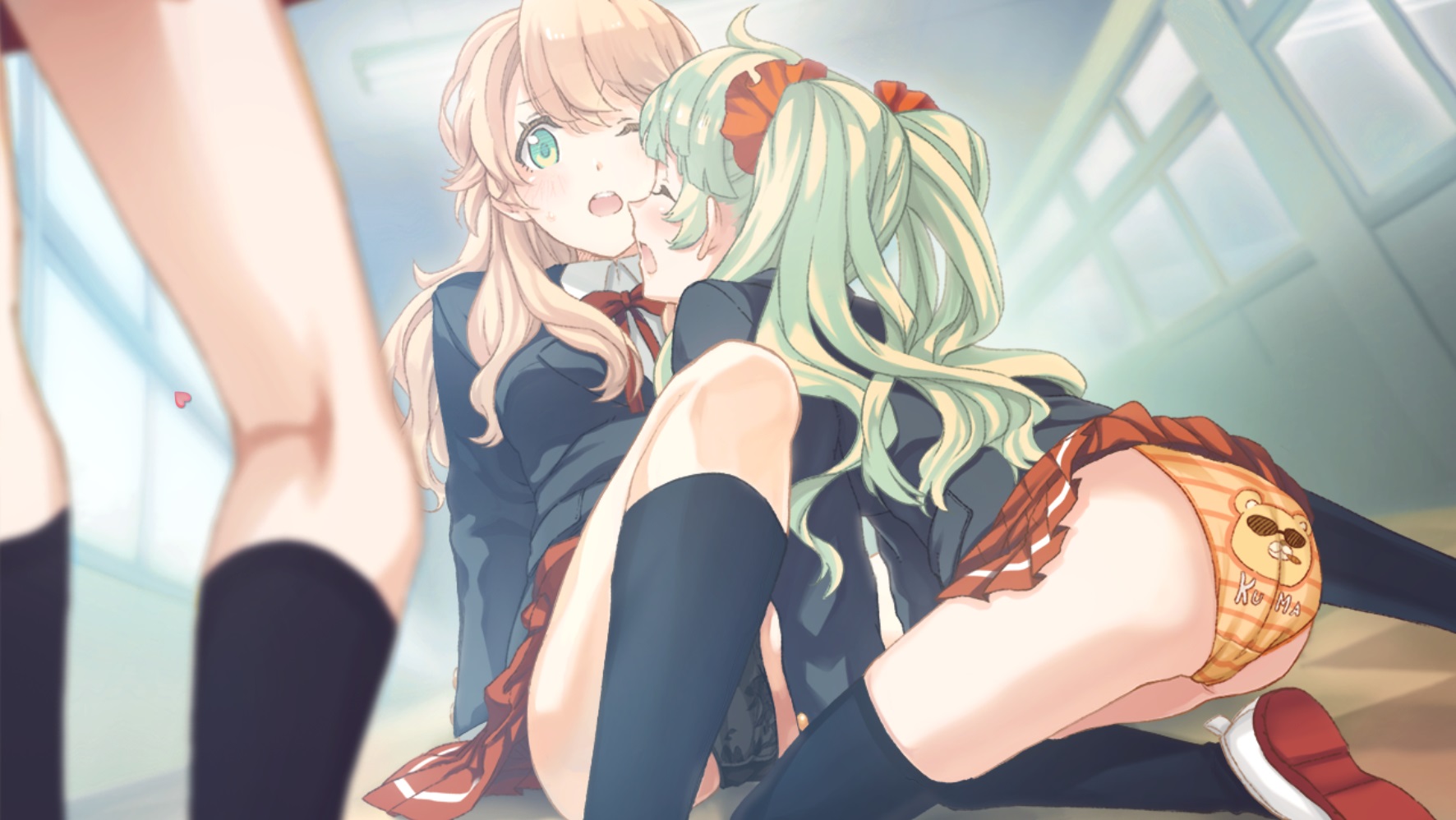 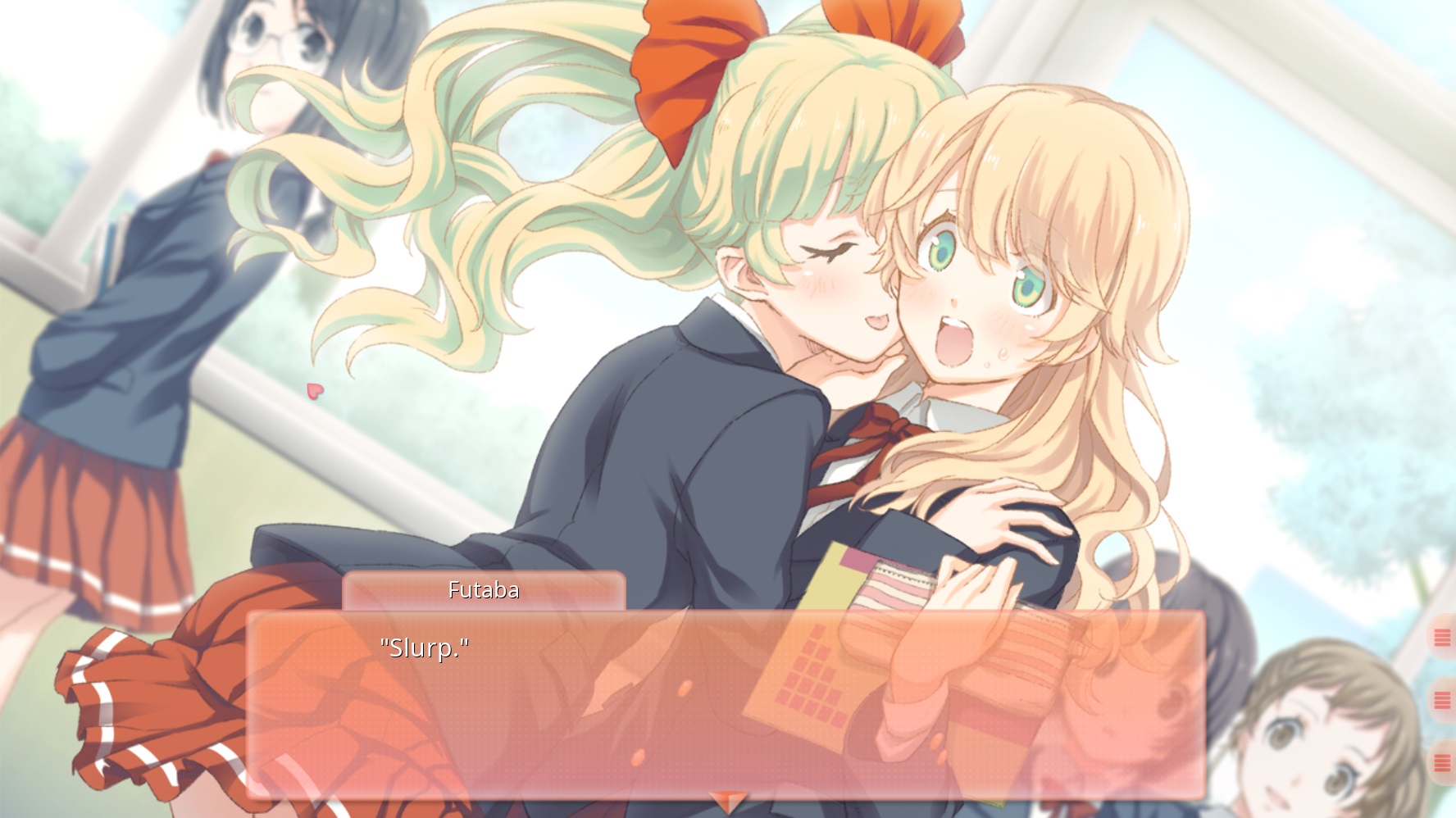 The game is fully voice-acted. You can hear the girls utter their lines in soft-spoken Japanese. The flirting between the sisters starts early and it is delicious. Before they are even aware that the forbidden desire they both hold in their hearts is mutual, they fool around.

There was a scene where Futaba playfully licked Ichika’s ear. It was sudden, cute, and downright immoral. Later on they were kissing and shared a bed together. 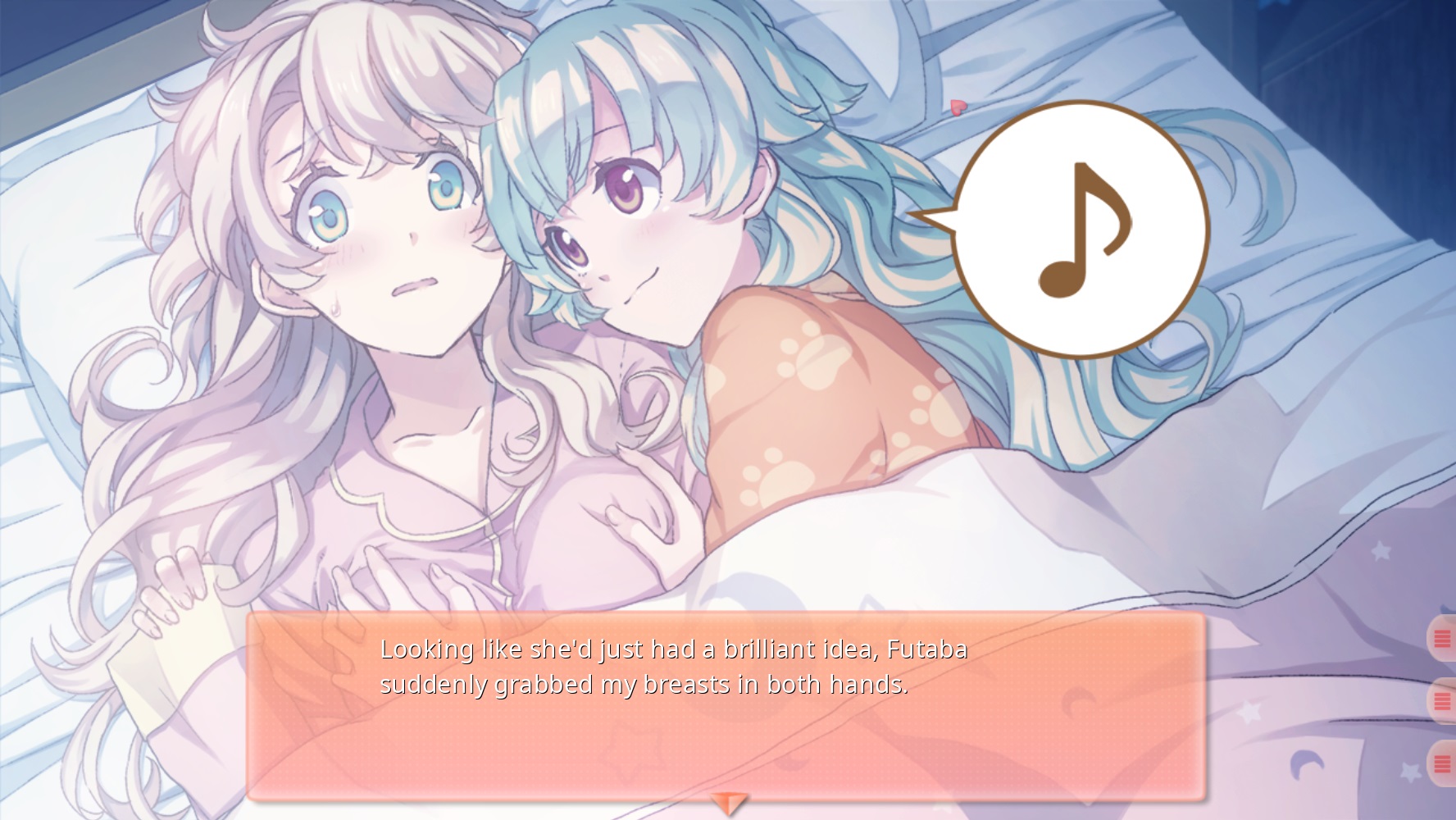 Futaba is green-haired. She’s the sporty type, and incredibly childish. She comes off as a complete air-head with her exaggerated emotional expressions. Meanwhile, Ichika is the smart, gentle bookworm type. Her hair is yellow, like the petals of a flower ripe for picking.

I have only started playing, and will write my official review as professionally as the others from the perspective of the customers who enjoy media with incest themes. Before I do that, I want to address why incest is a social taboo, and should remain a taboo.

Incest is bad for the same reason that workplace romances are unethical. If romances were all roses and rainbows, there would be no problem. The problems occur when the couple starts getting closer, and the personal friction between the two starts to create sparks. 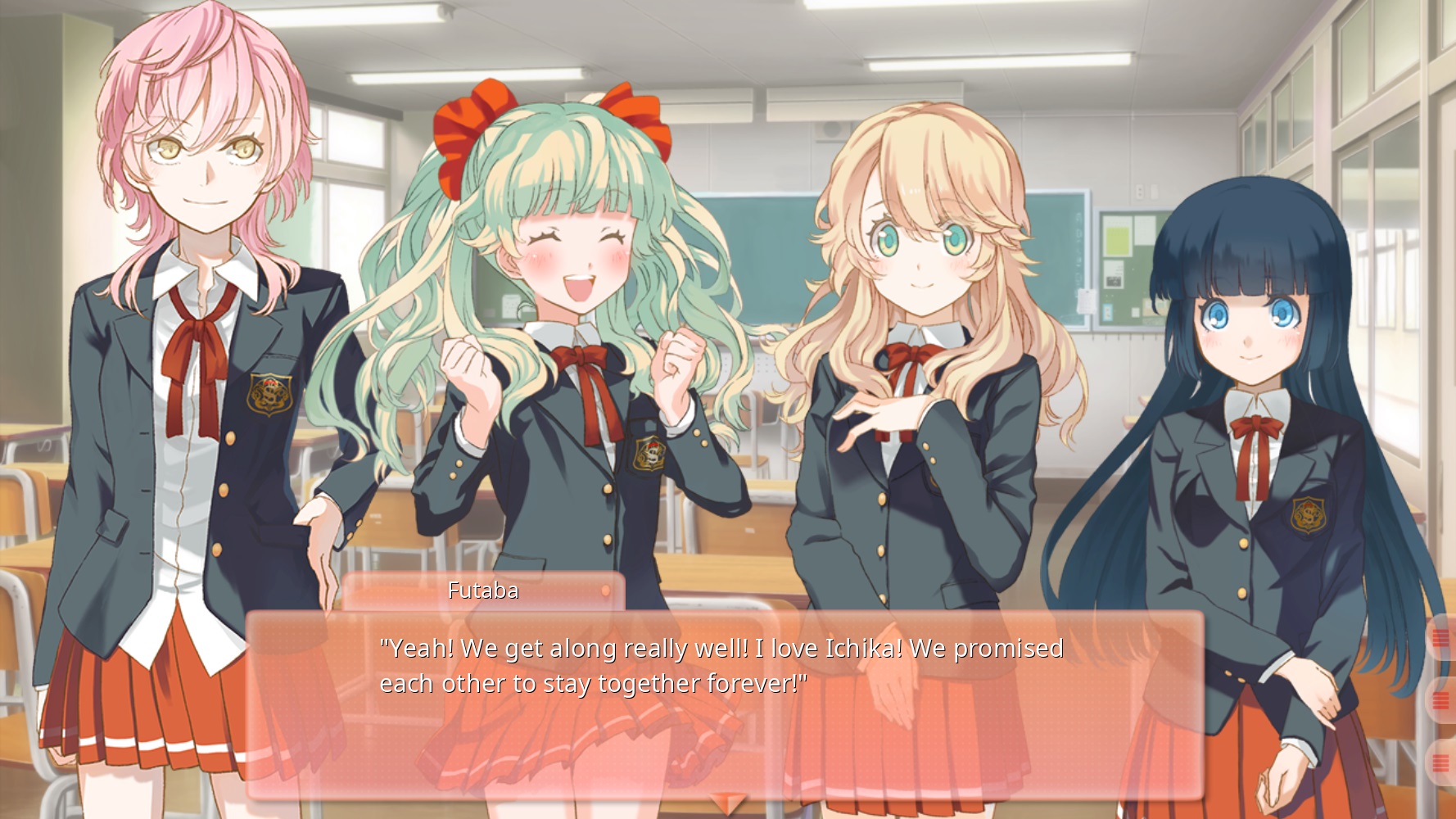 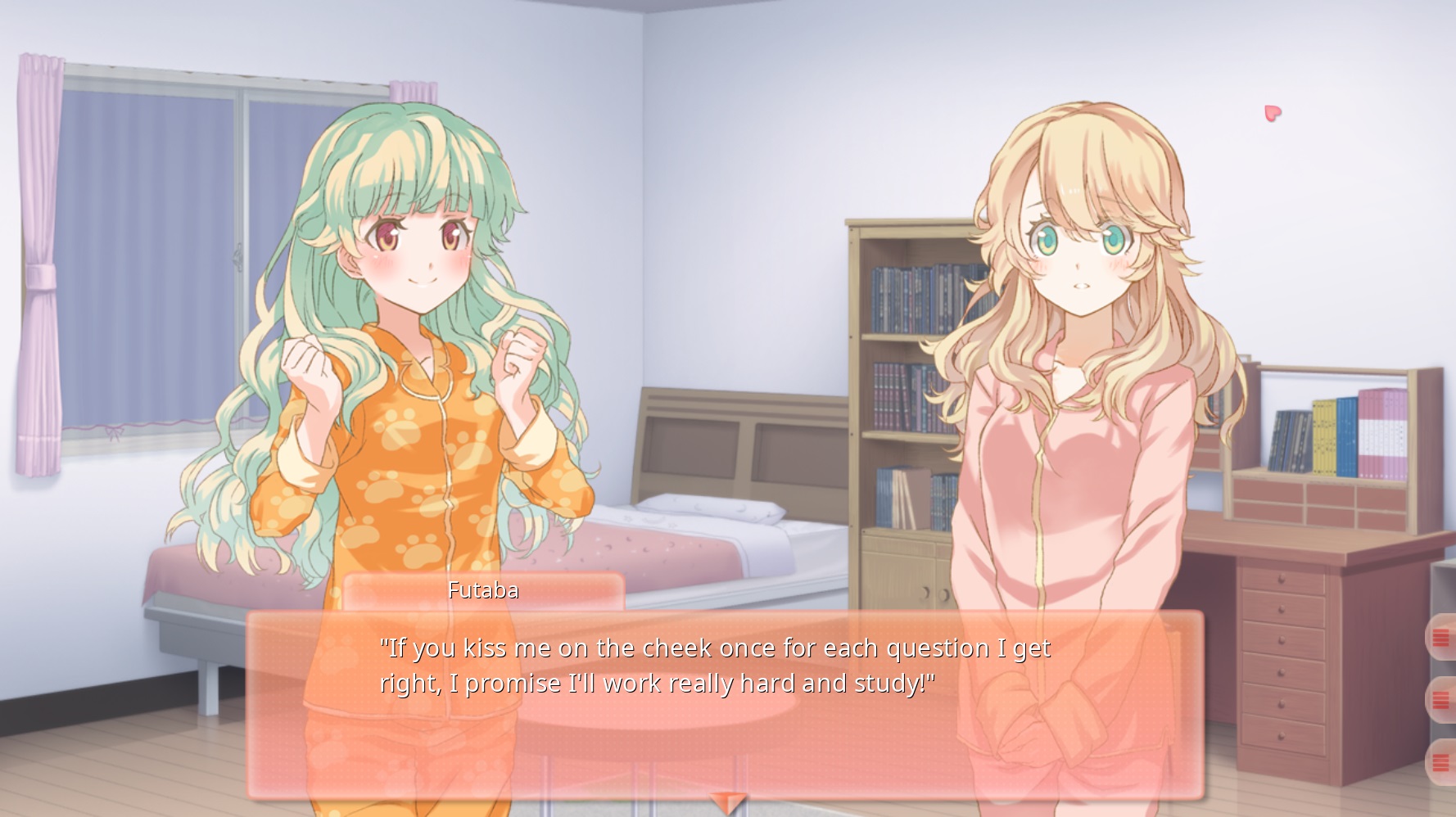 Most intimate relationships fail. Really good relationships are forged from a long and thorough selection process. Because of the staggering amount of reasons that can kill a budding relationship, you want your love interest to be outside of your home and workplace, so you can cut ties cleanly and stop seeing them once things have fallen apart.

Incest messes up family relationship dynamics. Break-ups are already painful. Imagine living under the same roof, forced to see the person day after day while they have started dating someone else.

If you could have the perfect rosy incest romance with a family member who’s completely well-rounded and perfect as a person, and you could keep the relationship secret from everyone, sure, that relationship could function. But real people are full of flaws, and they make mistakes.

The moral disclaimer out of the way, I hope you’ll love the fuck out of Sisterly Bliss!