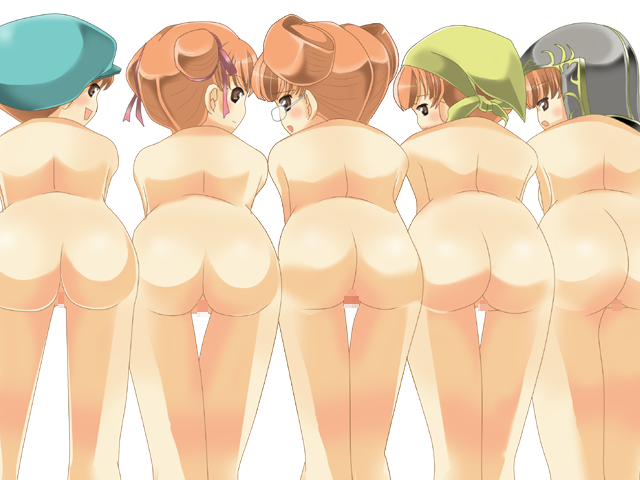 You’ve won your very own house on a distant faraway island! But when you arrive, it’s completely barren! You need to gather resources, build a house and other structures, and create the agricultural paradise you’ve always dreamed of!

The story is a slow-burn where nothing much happens until nearly the end of the game. There are no NPCs until you build houses, and even when you do, you’re restricted by the number of houses available. The game explicitly tells you if you have more than 9 buildings you will be locked out of certain scenes, so you’re incentivized to have a very limited number of NPCs in the game.

When you start the game you’re met with a long and confusing lore dump that has nothing to do with the rural setting. I could give you the whole textbook of information about the underworld versus the overworld and the angels and demons, but it really doesn’t matter. The entire game takes place on this isolated island, so regardless of how much lore dumping is done, it never amounts to anything. You never explore the world.

The game begins with a questionnaire that effects your base stats. “Do you prefer combat or cooking?”. Then it makes you decide between a building cap of 9 or 15 buildings. Then you undergo a solid 2 hours of hand-holding. It explains where to go to find materials and begin building improvements. Build a pier to get fish, build stairs and bridges to expand the map, the list goes on. This info-dump felt more like doing taxes than actually playing a game.

This game is a horrible mix of genres. There’s level grinding, you have crops that grow automatically, you can get animals later on but they cost currency every day, you have to monitor the moods of everyone in town or they’ll leave, building relationships is extremely slow, the list goes on.

The game takes 14 hours to complete at level 70. Marriage, sex, and having children are all possible but not until you’re upwards of 8 hours in. The pacing is horrible and so much of this game is frustrating. Like your childhood friend who comes to live with you, their relationship level starts at zero, so they don’t even like you!

Overall, the game is heavy on features but extremely weak on pacing and writing. You are literally given no motivation, overall story, or end goal. And 14 hours without solid writing is simply horrible. The game is called “Life is Paradise” but felt more like ‘Life is Hell’.

Life is Paradise was created in RPG Maker VX Ace. Move with the arrow keys and press ‘Z’ to interact. This is not a pure dungeon-crawler experience.

The biggest complaint players have made about this game in the decade it’s been around has been “the grind”. But it’s not grindy in the traditional sense. Rather, it feels so tedious and repetitive due to artificial barriers that prevent progression.

Wait for trees to regrow, you lose energy whenever you pick up an item, speak to an NPC to get breakfast every morning. Sometimes characters are in a bad mood and you have to wait days to talk to them. Other times characters have absurd daily schedules and are impossible to find. Often times the quest board requesting items will ask for things you cannot acquire until the late-game.

The greatest sin in game design is to waste the player’s time. Most players are happy to invest time if they feel rewarded, excited, and prosperous. If a player believes they are making an impact and growing at a good pace, the game is wonderful. If a game does not do this, and instead wastes your time, it is junk. This game is junk.

If you can somehow look past the fatal flaw of the game, there is a wide variety of mechanics to enjoy. You get to decide which types of buildings are made. You get to give gifts to villagers and talk with them to slowly build relationships. You get to decide what is planted and grown. You get to plan out your day from 6am to 11pm, prioritizing what you value most. And you get to customize the atmosphere of the village to affect its residents and their dialogue.

If you create a light village, demons will leave. If you create a lawful village, people are more likely to stay. However, a dark and chaotic village allows you to have public sex and commit acts of infidelity leading to divorce. If you’re two levels higher than someone, you can even force them to have sex with you! This game emphasizes pure freedom, but only after 4-6 hours of a horrible early-game.

The combat consists of generic RPG systems. You grind monsters to level up for 14 hours. Everything you do costs energy and you have to pay 100 gold to replenish it every single day. Clear methods of progression are unclear. In spite of thousands of fans demanding a walkthrough, none has been made, since this game is such an open-ended experience. In fact, there’s no real reward for completing the “main story” about the villainous demons.

On the surface, the game has a ton of replay value since you can customize so much of it. Who will you marry, will you behave morally, what is the gender of your best friend, what will you construct first, what aspects of the gameplay will you prioritize? One playthrough you can be lawful, good man. Next time you can play as a chaotic, evil female. Since players can fully decide who they want to be, the game seems to offer endless entertainment. However, the slow and gradual progression of the game is a strong deterrent. I don’t care how many features you have, 20 hours of grinding is not appealing to most players.

The art in this game is drawn in the early style of circle Sugar Star. They’ve gotten better over time, but in 2012, their art was crap! It’s extremely inconsistent! Sometimes a girl has big tits, other times small. Sometimes she’s got a bubble butt, other times she’s flat as a pancake. Sometimes a body is heavily shaded and detailed, other times it’s like they used the MS Paint’s “fill color” function.

The majority of the game takes place in your fledgling village of green grass and wooden houses. When you head out to dungeons they’re usually earth tones like a rocky mine or concrete ruins. Over a 14-hour experience the visuals become very repetitive. And although the character sprites are all unique, the setting is crafted purely with stock assets.

There are about 18 marriage candidates and 36 sexual scenarios. Most scenes are very limited when it comes to variation images and detailed visuals. And due to the large number of NPCs and a limited art budget, each character only has one or two standing artworks. I would rather have a smaller cast of characters and fantastic visuals, then a large cast that only gets one or two scenes each.

The developer shines when it comes to marketing and presentation, but fails in the core gameplay experience. Like how the size of your dick changes from scene to scene, sometimes being bigger than a girl’s entire head! While the unique title graphics are gorgeous, the actual game isn’t. While alternate outfits affecting your character sprite is super cool, the sprites look unremarkable.

Stock assets are used throughout the experience. However, sometimes they don’t really fit. Like when you go fishing, you actually have to battle the fish. I can completely massacre this fish, then it becomes a consumable food item. It just felt off, like the sounds should have been different for this mini-battle.

The soundtrack includes 82 songs, primarily from the RPG Maker stock library. After 14 hours, these stock tracks get very old and feel very repetitive. Although there are occasional unique tracks like the title music, the vast majority of audio is stock assets. Even if this is your first RPG Maker game in your entire life, 14 hours of the same tracks on loop will quickly wear away at your patience. This would be forgivable in a shorter game, but not here.

Many NPCs will leave if the atmosphere of your village is too dark or light, so customizing everything for one particular girl can be a hassle. Plus some scenes require forcing someone into sex, which is only possible on a dark playthrough. Altogether, you’d be lucky to find five unique scenes in a single playthrough.

You will not have sex for at least 10 hours. There is no harem route. If you cheat on your spouse, they will divorce you and leave the island, which also means they will not be your party member anymore.

Life is Paradise is a classic lesson for game developers everywhere. You can add in a million features, but if they don’t come together as a cohesive experience, you better keep iterating! The writing is iffy, the gameplay is poorly paced, the music is stock assets, the visuals are inconsistent, and the sex is extremely limited, especially for LGBT gamers. Approach this game only if you’re looking for 14 hours of a slow burning second life experience.

Download Life is Paradise. If you like this game’s idea but want a more well paced title, you should definitely check out Hot Spring Hero. and Booty Farm.