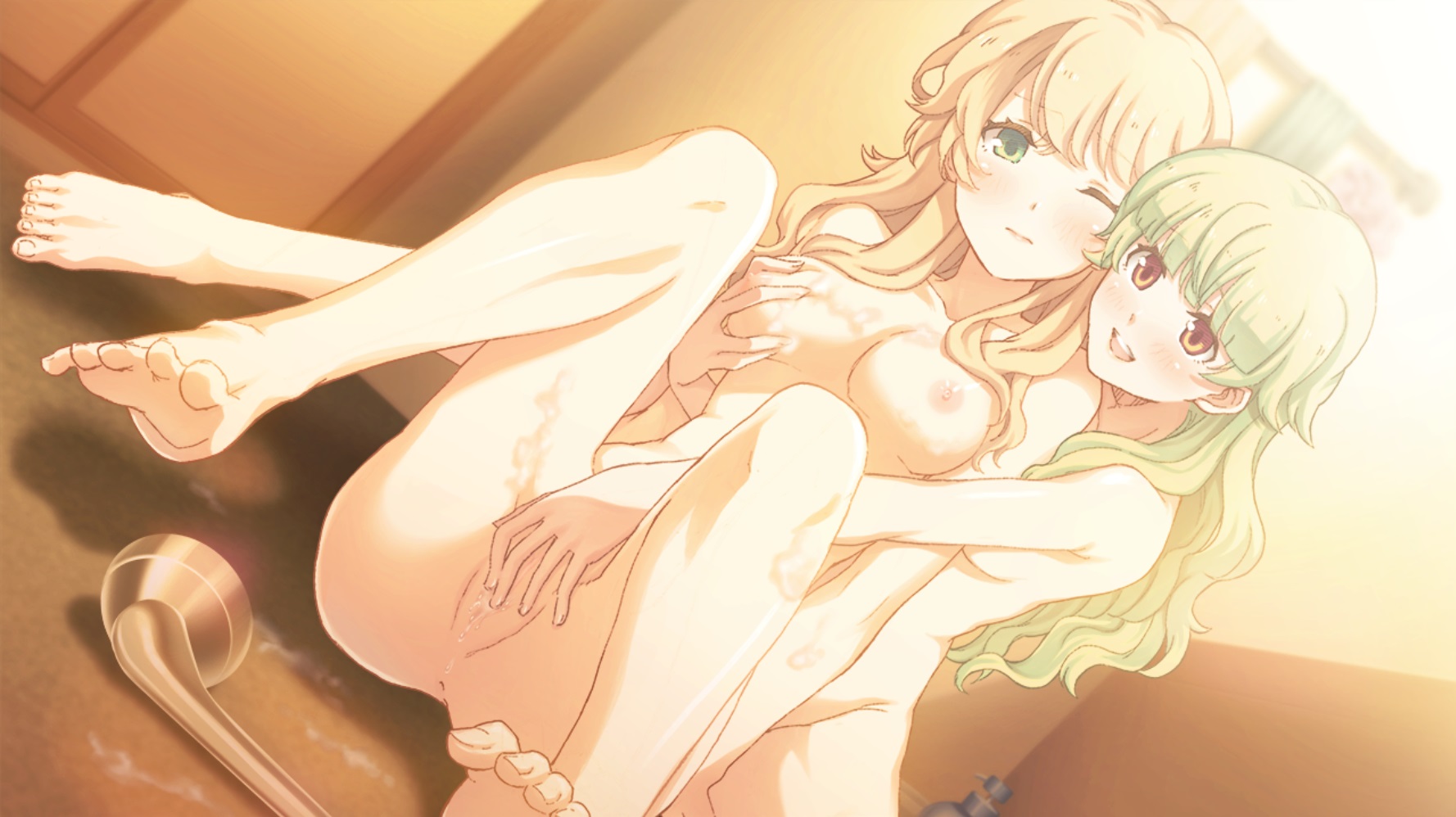 Ichika Futaba and Sakura Futaba are identical twins. They flirt, hug, and do everything a couple would. The years go by, and they grow into irresponsible teenagers. Their hormones kick in, and they start fucking like animals.

Before they ever experienced orgasms together, the girls were harboring romantic feelings for each other. When their parents start seeing signs of a looming disaster, they pressure them to take distance. Seeing the girls’ developing co-dependence as a problem, the parents kindly ask the girls to stop it.

Regardless of the danger of crippling the family forever, Futaba’s and Ichika’s feelings begin to manifest even stronger. Soon, the girls start making moves on each other with no regards to the potential social consequences that could leave everyone scarred for a lifetime.

Futaba is the sporty, social, air-head type. Ichika is the reserved and quiet bookworm type. The girls have completely opposite personalities, like they are two lips of the same pussy. And that’s it. Their characters have no depth or complexity beyond their characterization. They are what they are described to be.

The side characters, ie. their parents and their friends at school barely influence the events of the story. Nothing of interest happens except for some lame emotional drama that’s instantly resolved. The moral dilemma of two sisters jamming fingers into each others’ pussies is barely touched upon.

Sisterly Bliss is a strange game. There are adult scenes, but the center stage is taken by the incessant emotional wank. The girls are knee-deep in a hormone crazed lust they mistake for love. Their hearts ache when they’re apart, until one of them ragequits the moral celibacy, barges in the other’s room, like the SWAT and they fuck.

The only dramatic plot point in the entire game was two girls groping each other’s genitals.

Sisterly Bliss is a visual novel with multiple endings. Clicking the text box ‘turns’ the page and advances the story. There are different choices at certain points of the game that affect which ending you’ll get. The story branches so much, you cannot unlock all the CGs in one playthrough. You can save your game before choosing.

The game has a problem with text speed. The text always shoots on screen instantly. I personally like the text to crawl. Instant text breaks my immersion. There should be a sense of time, and crawling text is better suited for that. I couldn’t find a setting to slow down text speed from obvious places like the “settings”-tab.

The art style is typical for a yuri-themed visual novel aimed at a female audience: Soft lines and colors make the cute characters look delicate like little flowers. The aesthetic feels like white clouds on a summer night sky. It’s like watching butterflies pollinate dandelions sprouting from a crack in a river rock. It’s a shojo-anime aesthetic that doesn’t place the same emphasis on the female bits as shonen media does. This is most evident when you observe the school uniforms the girls wear. The uniforms are quite plain and uninspired on my male standards. Whereas Prison School has buxom babes wearing short skirts and tight blouses that barely cover their massive boobs, characters in media made for female demographics often have realistic body proportions.

The colors are not main colors like yellow, green, white, or black. The color scheme lacks contrast, and characters kind of blend together with their surroundings. On daytime, skin color matches the color of sunlight. Shadows are very soft, and lack darker shades. Even night-time is not very dark, like the sun is never truly setting.

The game’s story and artwork lack a sense of limits. Nothing is final. Everything exists in a state of emotional equilibrium. Choices bear no dramatic consequences. The characters make no hard necessary sacrifices to achieve greater things. This game is pure emotional wank material.

The female voice acting is top-tier Japanese quality. The voice actresses are disturbingly into their roles. Futaba’s actress speaks in a childish manner and sounds illegally young with her high-pitched girly girl voice. Ichika always sounds like she’s depressed out of her mind with her barely audible voice that comes out in repressed wheezes uttered from between her teeth like a summer breeze over a field. During sex scenes, the girls go all out moaning in pleasure as the orgasms make their pussy lips violently convulse.

The side characters barely get enough screen time for their voice actresses to make an impact on the player. There’s two girls called Saki and Yuri whom Futaba and Ichika are friends with. The side bitches gave the main girls useless guidance and asked a couple questions in very short scenes. These relationships weren’t impacted by the changing relationship status of the twins. The only other voiced character I encountered was the mother of the family. Her dreary middle-aged voice irked the fuck out of me.

The soundtrack for this game uses a mix of synthetic sounds with electric keyboard and violins. The tracks are deeply emotional, brimming with the full range of emotions. It was not my style of music, but I can objectively state that the songs were fine compositions, executed professionally by their players.

The opening musical theme is so cute and generic, you wouldn’t guess it’s a story of two identical sisters delving knee-deep into sin. It’s not very memorable, because I confess, I already forgot how it sounds. I honestly feel like the soundtrack suffers from the general direction of the game playing it safe. Why? Just do your damned art without giving so many fucks and shock some prudes.

The game also has a sad song, that sounds too synthetic to jerk your tear ducts. It has a melancholic violin adding a shade of darkness to the sad melody of the keyboard. It’s very, very sad, but not sad enough. This game is too mellow to jump into the darkness, or climb to the highest mountain top. Because there are no deep emotional lows or highs in the story, there are no such emotions in the soundtrack either.

The game takes its time heating up the emotions before delving into the forbidden carnal side of the romance. The gentle flirting and hugging scenes build up towards the all-out incest.

I would have liked the sex scenes to have gone further. As it stands, the girls only tried basic lesbian stuff. If the creators had more balls, they could’ve easily written the girls having public sex in the school bathrooms, they could have invited a guy into a secret threesome, they could’ve scheduled sex dates together to explore new things. Imagine these babes using a variety of sextoys and lubricants, to prod every nook and cranny of each others’ vaginas. They could’ve tried exotic positions they read about on the internet, while plotting together how to hide their perverted activities from their parents. Imagine the opportunities for drama!

I feel like this game’s target audience was young pampered middle-class girls who find excitement from lame softcore content that hits the right balance between stimulation and mind-rotting boredom. The working-class girls gone wild who actually go out on their weekends to get laid couldn’t keep their interest playing this shit.

I recommend this game to fans of incest-themed fiction. Download Sisterly Bliss.