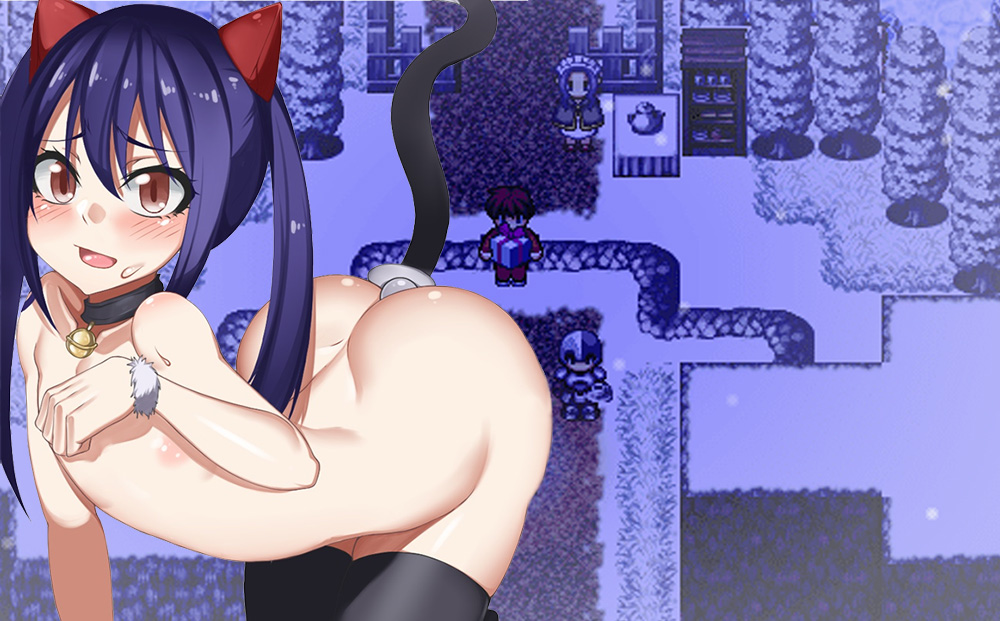 Its Christmas time! Snow covers the cobblestone roads and your little sister is getting banged by a total stud! Go out into the cold winter night to deliver pizzas while he gives her the best fucking she’s ever had!

Before trying the game, please read how to download DLsite games.

Your sister Marie will be staying at home getting fucked while you deliver Christmas pizzas to all the townspeople. Left out of the party, you don’t even realize how much fun they’re all having on this Christmas night!

The game has no CGs and all sex scenes are shown through fully animated sprite sex between the characters! This allows for fluid gameplay where you just walk into a room and witness people already having sex! No fade outs, no scene warnings.

The game is very short and can be completed in less than an hour. The gameplay consists of running around town delivering pizzas and viewing sex scenes. For just a dollar, this game is worth every cent.

The soundtrack includes 13 songs, many of which are unique to this developer from his previous games. With piano and trumpets mixing together to form wonderful melodies, the game has a clear Christmas vibe.

The animations are gorgeous. Characters blink and swing their arms, and do everything you’d expect normal people to do. This is the benefit of sprite sex! Less time spent on glossy colors, more time spent on making tons of fluid animations!

A thousand views?! Low key, anything with “Netorare” in the title seems to get tons of attention. I didn’t realize we had so many cucks on the site! :O

Side note – this game is actually really hot, even if its pure sprite sex