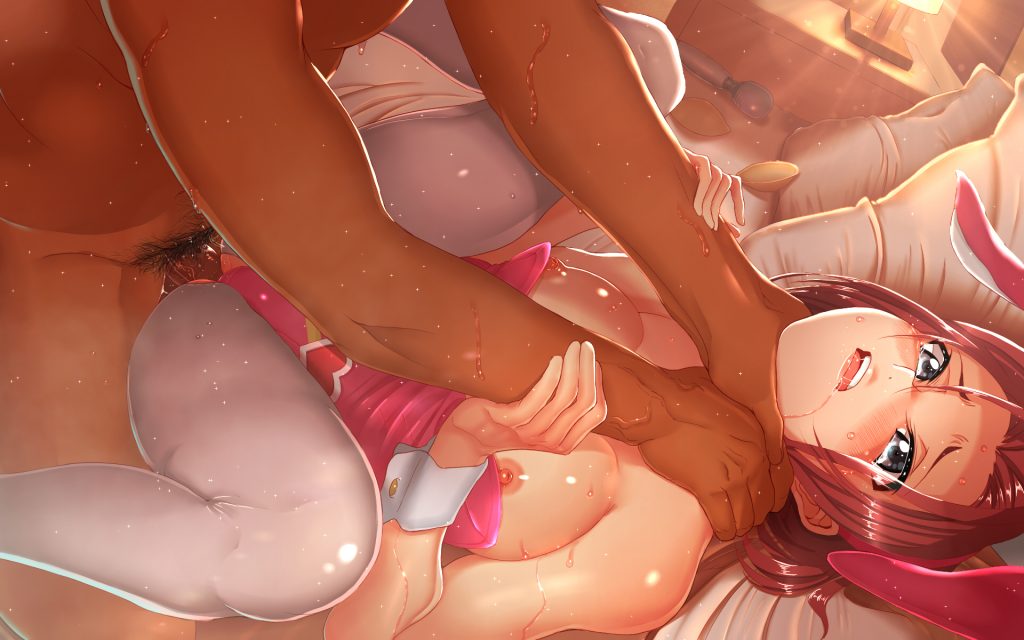 Taking your girlfriend into a scary movie moistens her up due to a psychological phenomenon called misattribution of arousal. In similar fashion, a big, burly man who doesn’t respect limits oozes primal masculinity. She likes knowing that her boyfriend is strong enough to do whatever he wants with her petite body, at any moment in time.

Wake your girlfriend up with your fingers around her throat. She’ll quickly enter a state of panic. Her eyes will flash open and she’ll be staring at you with pleading eyes. If you want to be super safe, let go after five seconds. Make sure you have a non-verbal safe word, just in case. Your safe word can be, for example, her staring blankly at you for three seconds straight, then rapidly blinking her eyes three times.

After she’s caught her breath, choke her again. Tell her “I will rape you today”. Repeat the threat at least three times during the day, to make her brain associate choking with the threat of rape. Of course, you will be restrained, and only execute things you’ve both agreed on.

Establish early that her body will be fully accessible to you throughout the day. Keep a bottle of lube on hand, in case she’s not wet when you decide to take her. You won’t ask permission to stick things in her. If she protests, that’s your signal to punish her. She should be forbidden from using panties, and only wear short skirts / aprons to cover up her body. Make her wear a remote-controlled vibrator. Ramp up the buzz randomly during the day, to make sure she’s wet for instant penetration. There should be no pattern to when you’ll grab her, slap her, or choke her, so she’ll always be in a heightened state of anticipation. When you’re ready to finally fuck her, you can ramp up the buzz to maximum setting for several minutes straight, then hunt her down.

Your girlfriend should be doing mundane things like cooking food, doing laundry, or cleaning the house. She should be moving around the house, so you’re not always in the same room. Whenever she stumbles or makes a mistake, you’ll punish her with your hand around her throat, palm on her ass, etc. If she likes misogynist dirty talk, you can sling “bitch”, “slut”, “whore” at her. You can accuse her of cheating, accuse her of looking lustfully at other men, threaten to dump her, whatever she likes.

Remember to periodically threaten her with rape, so she remembers what’s coming. Be rough and establish your dominance, ignore her discomfort – unless she says your safe word, you should let her fully relish sub space.

Look over her shoulder periodically while she’s doing chores. When she cooks, stand behind her. She won’t know if you’re going to grab her, choke her, or stick your dick in her. Be careful when harassing her around a hot stove! When you’re feeling it, force her on her knees to suck your cock. Give her a taste of what’s going inside of her later. She’s not allowed to wash off your smegma and precum – if she drinks water after your throat-fuck, punish her, give her more dick. Let her walk around the house with your taste in her mouth.

Views: 1,312
https://hentaireviews.moe/2019/06/27/bdsm-scenario-abusive-boyfriend-role-play/https://hentaireviews.moe/wp-content/uploads/2019/06/hentai-erotic-choking-4-1024x640.jpghttps://hentaireviews.moe/wp-content/uploads/2019/06/hentai-erotic-choking-4-300x300.jpg2019-06-27T11:16:48+00:00OtakuApologistRantsabusive boyfriend,bdsm,bondage,sexWritten by Otaku Apologist Taking your girlfriend into a scary movie moistens her up due to a psychological phenomenon called misattribution of arousal. In similar fashion, a big, burly man who doesn't respect limits oozes primal masculinity. She likes knowing that her boyfriend is strong enough to do whatever he...OtakuApologist otakuapologist@gmail.comAdministratorHentaireviews' admin. EMAIL: otakuapologist@gmail.comHentai Reviews