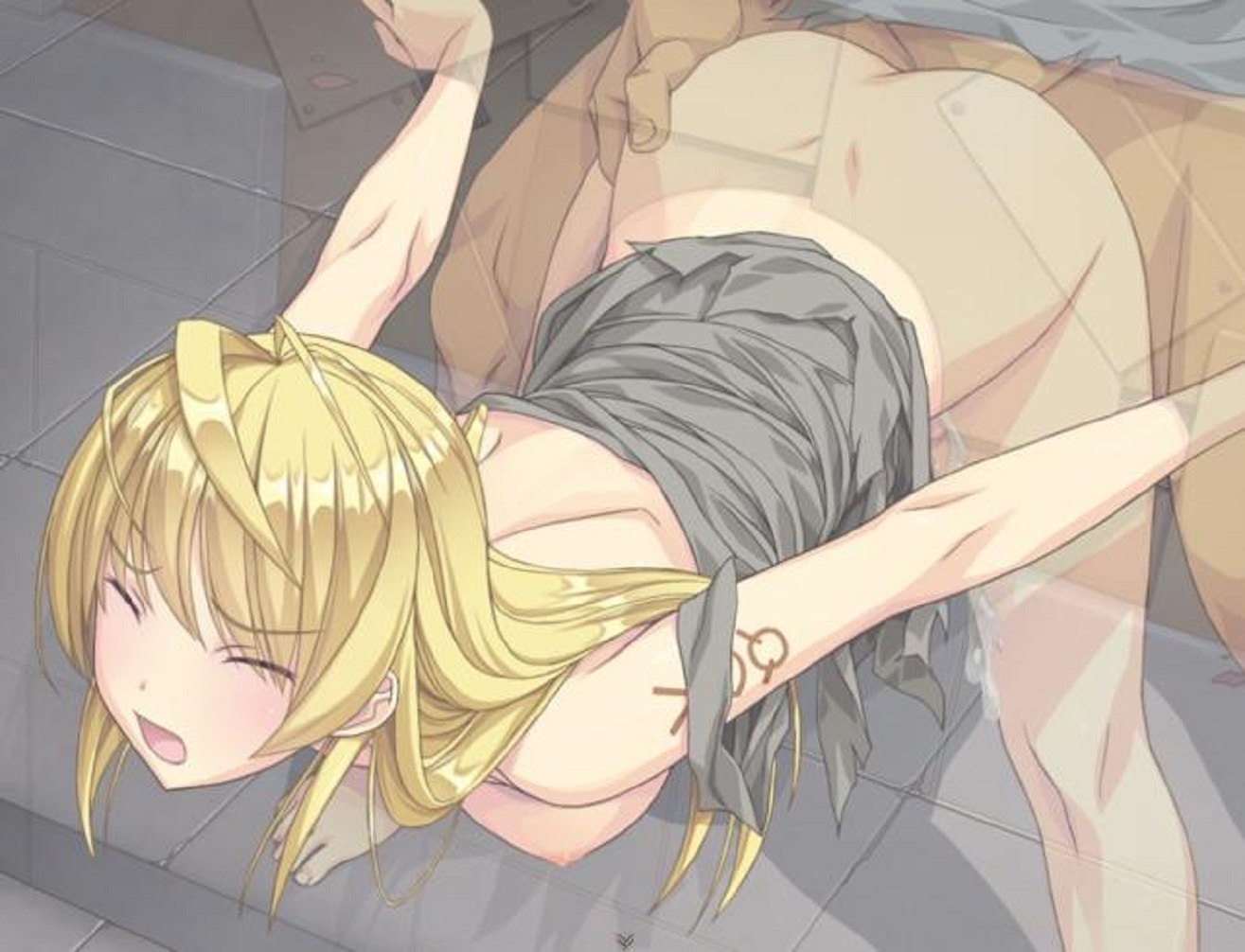 You are a hot female knight branded as a slave. Your choices will shape the future of this medieval fantasy world. Help her save the empire, or let the world burn while you suck and fuck every dick you can find.

Luna wakes up chained in a cave. She begins to recall how she was captured. She is a mercenary, she took on a risky mission to save a village from invading orcs. When Luna entered a cave to finish off the orc leader, she got knocked unconscious by a mysterious stranger. She wakes up to find herself in an underground slave camp, where men and women are trained as sex slaves.

Luna escapes the slave camp and joins the resistance against the empire’s criminal underbelly.

The story was much more thought out than I expected. It’s a simple tale of a heroic knight getting fucked over by while trying to deal with the corruption within the kingdom she was born in. I found it enjoyable despite the predictable story beats. Luna acts on her ideals, and reality catches up. When she’s got, she’s beaten down, fucked, and abused.

Luna is surprisingly personable. Her naïve streak lands her in trouble, but her determination and altruism makes her likeable. There is a certain sense of tragedy as she gets repeatedly used by anyone with a dick.

Slave’s Sword has a Japanese art style. Luna has a typical design for a female knight that shows a lot of skin. She has armour protecting certain vital areas like her neck and arms, but only a flimsy dress to cover the rest of her.

The CGs are very consistent with their quality. Every scene puts Luna in various sexy positions. The sheer eroticism of her getting fucked with her clothes on is amazing. The game has a gallery that allows you to re-watch scenes with her clothes on or off.

The game uses stock RPG maker sound effects. Menu sounds, various skills and magic attacks are recognizable from other RPG maker games. They do their job to immerse you in the game, but they’re nothing new.

The game opens with a somber piano, mixed with violins and synthesized sounds. With Luna chained in the background, it works splendidly to set the tone for the game. As the song progresses, it transitions into a lighter tone.

The soundtrack uses familiar RPG Maker stock songs. I found most of the songs pleasant. I particularly liked the track that plays during boss battles. It’s punchy and exciting, and enhances the atmosphere. Some songs are overused.

Slave’s Sword is an RPG. You control Luna’s movements with the arrow keys. Press the X key to bring up the menu. Use the Z key to select the actions you want to take. Combat is turn-based. Simply choose the action, and Luna will execute it.

There are two ways to earn gold in the game. Take requests from the resistance hideout, or have Luna prostitute herself. You earn more from requests, but finding customers for Luna to fuck is considerably easier. Go into any town at night and talk to men.

There is an assortment of different hardcore kinks in Slave’s Sword. The scenes in the slave camp were my least favourites, as Luna got her tits and pussy assaulted only with sextoys. Most of the time, Luna is getting her ass banged by monsters and men.