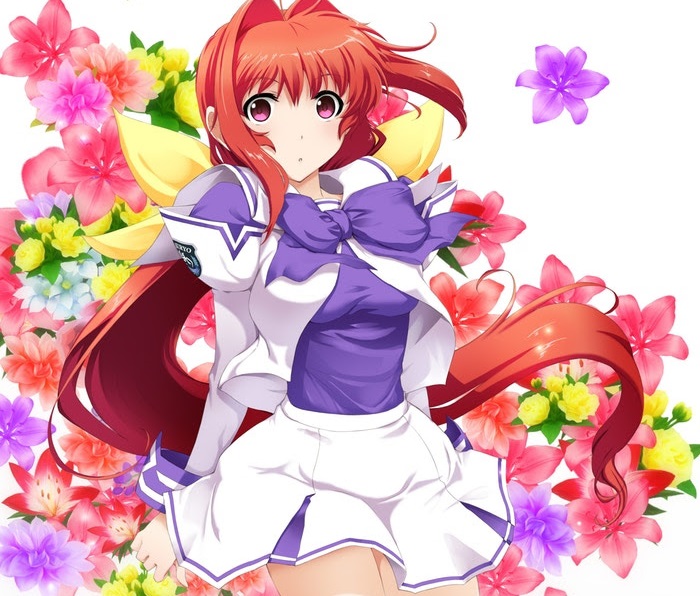 This article is an unedited press release from Sekai Project.

The emotional roller-coaster isn’t over yet! Get ready for the next part of the Muv-Luv series with Muv-Luv photonflowers*! If you don’t already have the Muv-Luv series on Steam, then you’ll want to grab the Muv-Luv Triple Threat bundle! This way you can grab all the games you’re missing with a nice discount even when the games aren’t on sale!

And the new releases don’t stop there, 9-nine- Episode 2 is heading to Steam this August! Episode 2 focuses on Sora, the little sister. You can also get Episode 1 on Steam right now.

The many-worlds interpretation posits that every random motion produces a novel branching universe. A butterfly flapping its wings rarely means a hurricane across the world, and human choices are no exception—our little everyday choices rarely bring about earth-shattering changes. But for Kakeru Niimi, one of those little decisions is about to make a big difference.

One night, Kakeru’s cheeky little sister Sora asks him to let her stay the night. And from the seemingly inconsequential moment when he caves in and says yes, a new story is born, a hurricane which will upturn both their lives.

The cadre of evil users, Rig Vega. The noble crew that opposes them, the Valhalla Society. In 9-nine-: Episode 2, these two forces will collide, striking new sparks and shattering preconceived notions. Can Kakeru and Sora put an end to this threat?

We’re pleased to let you know that The Witch’s Love Diary from Qoobrand is now available on Steam! Curious to know what it’s like? Check out these recent reviews from Tech-Gaming, Noisy Pixel, Honey’s Anime, and Nyanco Channel.

“On the edge of the Rose Village shopping district there stands an old, worn-down barbershop, and in the barbershop there lives a girl named Alice. Alice goes to school with her friends at Hekihou Academy, where she’s a member of the photography club. She lives alone except for her pet dog Qoo, and she holds down a part-time job as a waitress at Dragon Burger. Her life is busy and content, but sometimes she feels like there’s something she’s forgetting, something she’s left undone. Maybe even something important.

One day, Alice and her friends visit the clock tower. There, an unusual book falls into Alice’s lap: the diary of a mysterious young man. And that’s where their story begins…”