A hentai-themed fighting game, these types of games are rarer than rare. Let’s talk about Blitz Angel Spica! 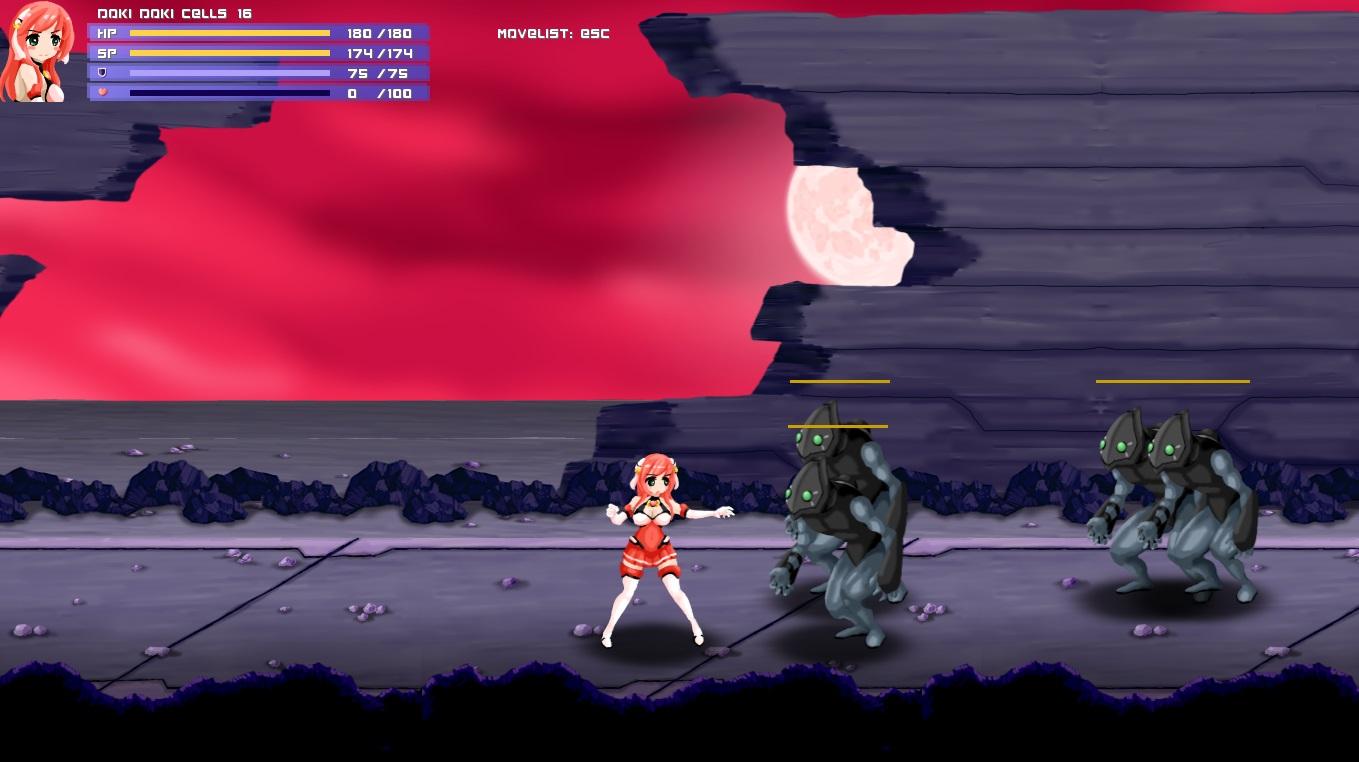 “Blitz Angel Spica’s” combat system is unequivocally its best feature. I ended up liking the game much more than I anticipated. When describing “BAS’” combat system, evoking the image of beat ’em ups from the ’90s is highly appropriate. The free-flowing, dynamic combat system is made all the better by the game’s responsive controls. It’s a simple system to learn, but hard to master against the game’s slew of challenging baddies. All the fighting takes place on three separate lanes, accessible by dashing between them. There is minor side-scrolling that leads to a stage boss just after dispatching the monsters.

“Blitz Angel Spica” has some odd design choices when it comes to the levels. Most levels are a single screen of enemy grunts, followed by a boss battle. This may be to compensate for the unforgivable difficulty or lack of grunt variety, but it also leads to a short game. With practice, “Blitz Angel Spica” can easily be completed in under an hour; however, the difficulty will certainly pad out the play time for newcomers.

It’s not all doom and gloom. There is a lot of fun to be had here. The New Game+ is the best part of “Blitz Angel Spica”. Your power is increased, and you are more free to enjoy the sex scenes mid-battle due to your increased health. You can also unlock many skills which make Spica faster, making the game feel more fluid and balanced. 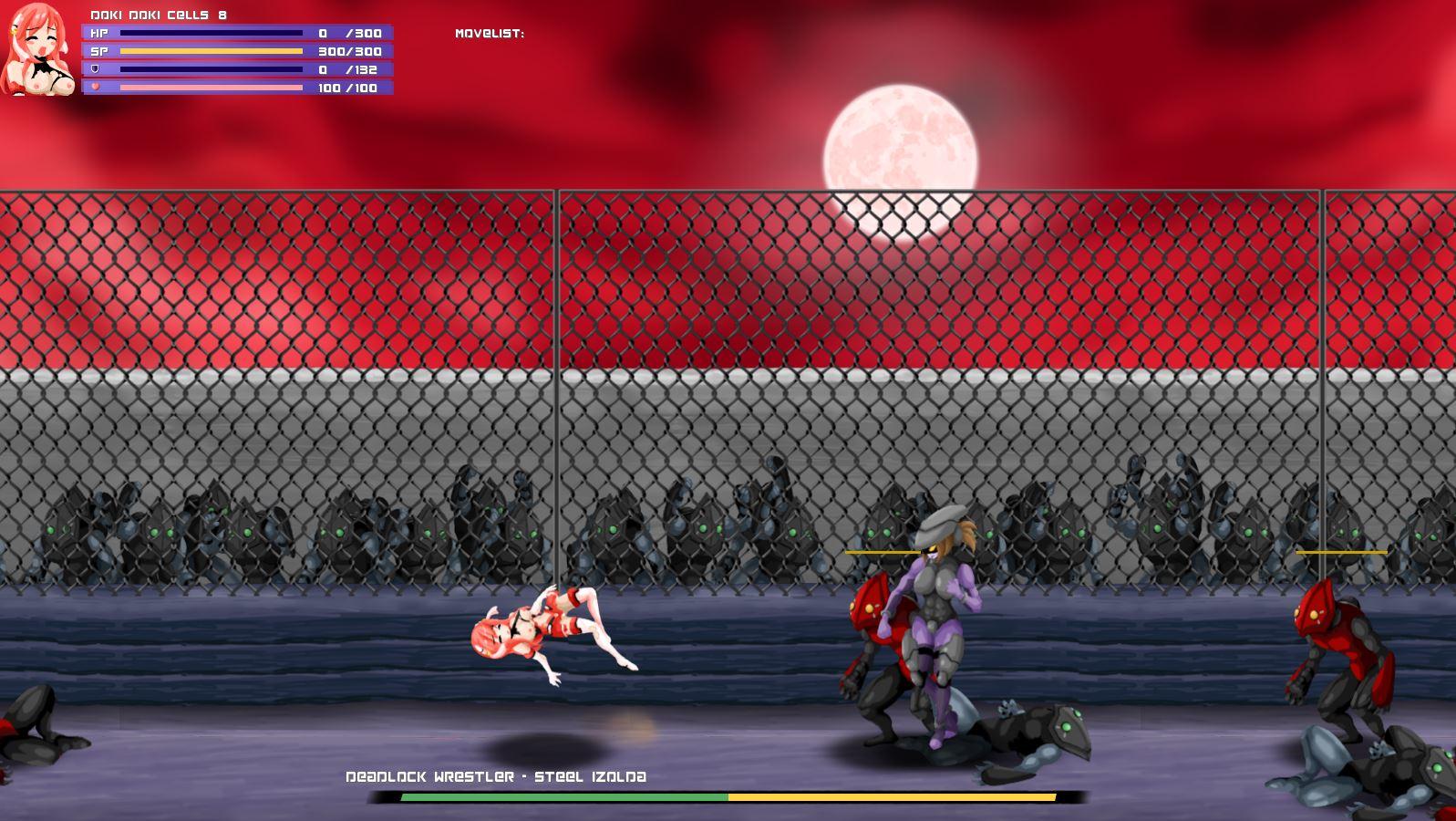 “Blitz Angel Spica’s” stage bosses deserve some extra praise, as all of them are uniquely designed and challenging without being unfair. Every one has strengths and weaknesses to exploit. You won’t just be standing in place, stringing the same monotonous combo until their HP bar depletes to zero. Since Spica is very easy to knock out, she’s often exposed to counterattacks landing her in a world of sexual assault, culminating in a swift “game over”. The game keeps you on your toes constantly as you adapt your strategy to boss attack patterns.

In between stages, Spica’s fighting capabilities (stats and techniques) can be upgraded using Doki Doki Cells, which you acquire from being raped, or by going on Doki Doki Dates with Alice. Alice is your robotic helper. The Doki Doki Dates aren’t as innocent as the name suggests, and their sole purpose (outside of getting more upgrade points) is to have yuri sex at the cost of Peace Points. These are the same type of Peace Points as “Beat Angel Escalayer” and Beat Blades Haruka, which result in an instant “game over” if they hit zero. Be sure not to lose too many lives, or use Alice’s services too much, unless you want the whole world engulfed in flames. 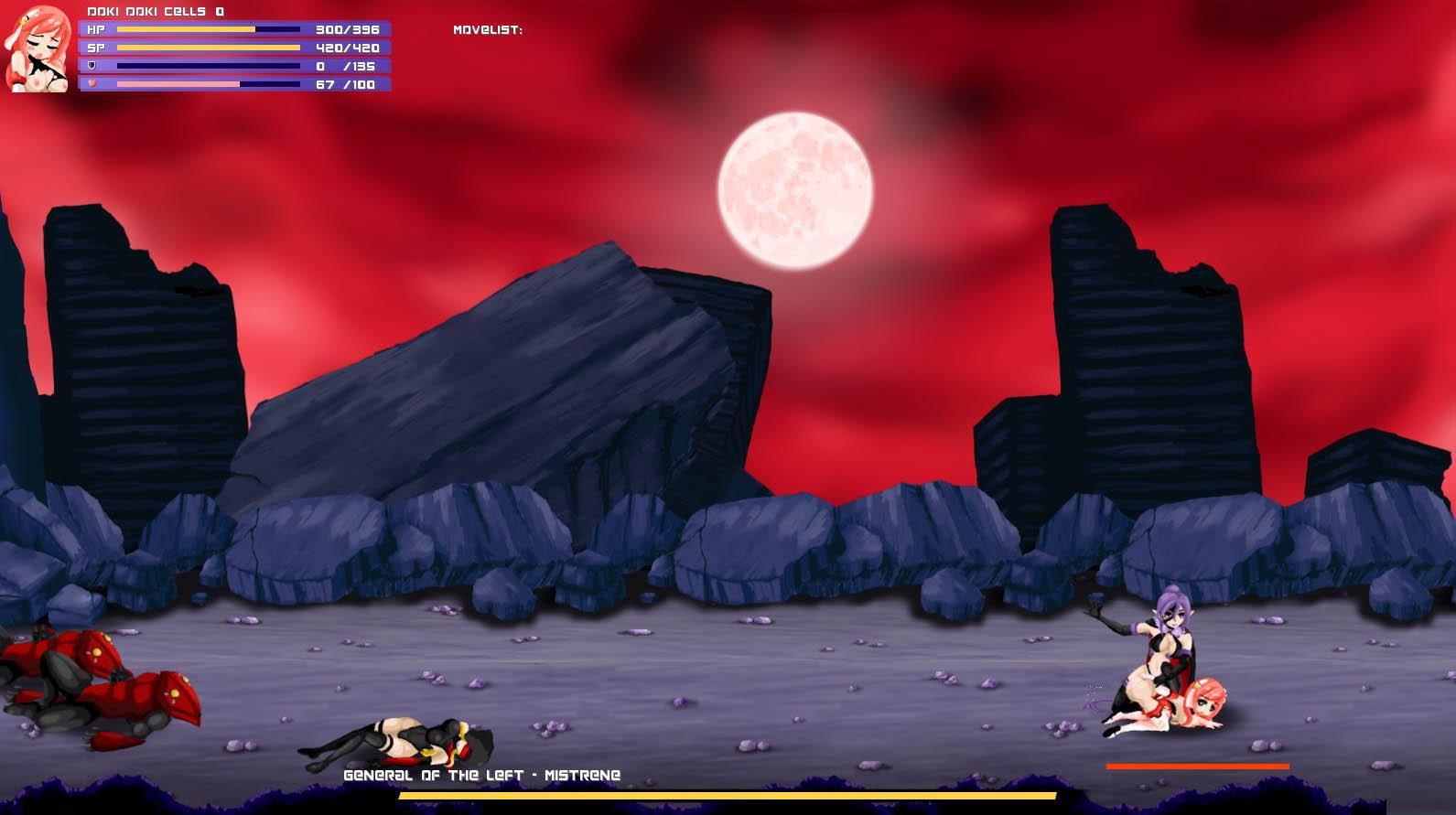 I also encountered a few visual glitches related to the resolution settings in windowed mode. At one point, the game seemed to “forget” to spawn enemies on one of the stages, forcing me to go back to the main menu and reload my save. I didn’t experience any other technical hiccups after that incident.

The game is somehow missing a soundtrack entirely. Some music would have greatly helped boost the experience. A few rocking tunes here and there during intense combat would’ve formed quite the immersive combination with the game’s great dynamic combat.

Blitz Angel Spica has no voice acting. However, Spica grunts adorably whilst fighting, and moans accordingly when monsters punish her sexually. Combat sounds feature a myriad of thonks and thumps that make the combat feel alive and visceral. Even as the enemies hit the ground you can feel how much impact your punches and kicks had on the enemies. Overall, the game’s sound design is well done. 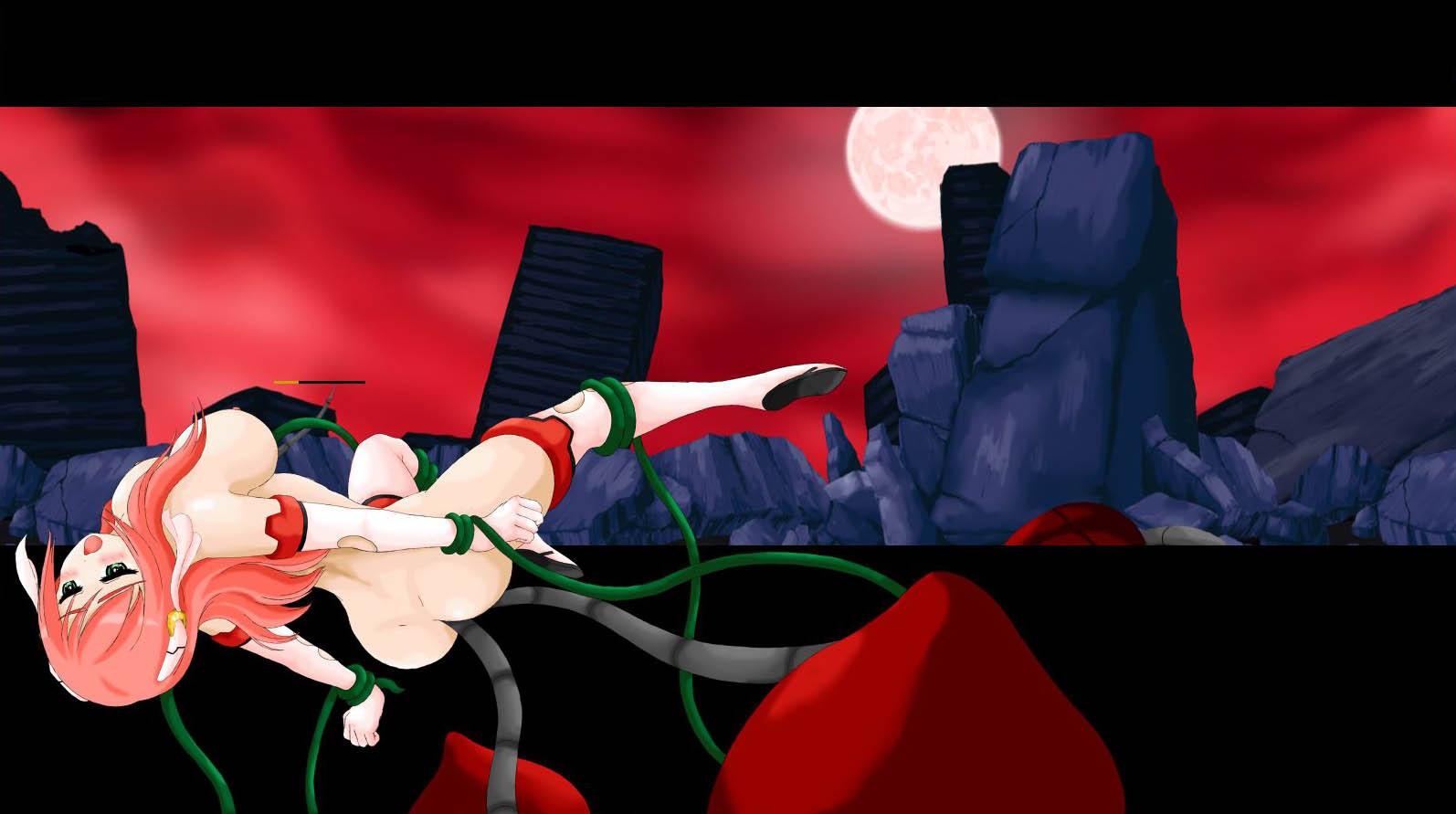 All of the game’s erotic content is triggered from Spica being knocked down in combat, or defeated. The sex is mostly non-consensual rape by various demons, robots, and tentacle monsters. Some sex scenes include sprite animation that looks quite basic, and doesn’t last long. You get a few frames of animation, and that’s it. If Spica is completely defeated, you’ll get to watch a segment of changing CGs featuring Spica with the monster that defeated her. Obviously, you won’t have a chance to take your hands off the controller to engage in masturbatory activities, while actually playing. Thankfully all of the CGs and animations are accessible in the game’s gallery. There is a decent amount of content, complete with voice-acted female moaning. The only downside is that the sex scenes are short. The CGs lack variants, like Spica before, and after orgasm.