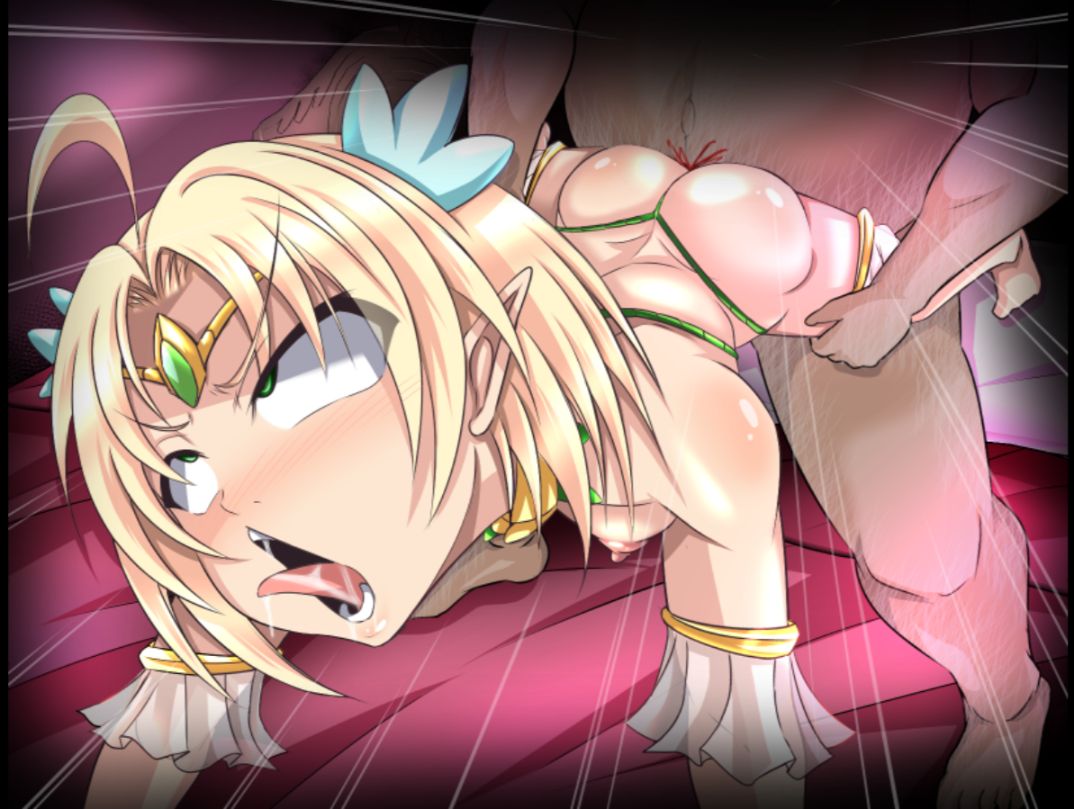 Together, you and your childhood friend have begun chasing the dream of being royal knights! Unfortunately, the king of your country is a total pervert! Will your lady leave you for another man? Or can you keep her by your side?

The story is very simple. Clear dungeons to unlock new party members and locations to explore. A “Black Knight” is threatening to destroy the kingdom and you need to stop him! Get out there, fight hard, and become a hero!

There are four endings to the game, all of which are bad endings. The true ending is when all three of your party members are impregnated and give birth to the King’s child. You decide to give up the life of an adventurer and settle down on a farm.

The writing is average quality, the plot is predictable, and the characters lack personality. This game lets you re-experience how every woman you ever loved left you for another man.

Use arrow keys for movement. Press ‘Z’ to talk to NPCs and activate items. The ‘X’ button cancels dialog and menu choices. Press ALT during dialogue to skip text. The game cycle is simple. Defeat enemies, earn money, then return to town to purchase items and equipment. Sleeping at the inn will restore your health.

Due to the artist relying on ahegao as the primary fetish, the girls have their faces and bodies contort and change to fit their dramatic movements. I have always considered the “cock drunk” look to be pretty lazy. With one thrust the girl loses her mind, and it looks painfully generic. It does not feel like the artist put care into each scene.

The world design is nice, but held back by gameplay. The map offers a variety of paths and areas to explore, but your character moves way too slowly. I never enjoy being on the world map, because it is such a chore to explore.

NTR Knight Story has only occasional voice acting. Usually the first and final lines of sex scenes will have unique moaning and groaning sounds to indicate that sex is happening. It’s super exaggerated and very hard to believe. I would have liked reading lines like “I’m sticking it in now” and then hearing the sultry moaning. The lack of build-up is a problem.

There are 85 musical tracks in the game. Almost all of them are stock assets from the RPG Maker library. These tracks are used in the most predictable way possible, almost like the developer didn’t care at all.

The primary fetishes of this game are netorare and ahegao. The game is advertised as offering “scat” and “pregnancy”, but there’s very little of that content. The scat is completely avoidable, and can only be found if you ignore all the warnings and go out searching for it. The pregnancy only happens in the endings of the game.

Although this game does not advertise it, there are three scenes with a focus on humiliating the player character. Your lady is not satisfied by your cock, so she decides to cheat on you! She was being forced into sex before, but now she truly wants to cheat! The storytelling talks about how your dick is tiny and you’re a useless premature ejaculator. One girl even says “Is it in yet?” after you go balls deep in her pussy!

NTR Knight Story is a generic RPG but a very unique NTR game! Three girls who have fallen in love with you, will soon fall for another man’s cock! While you focus on clearing dungeons and saving the world, they focus on getting creamed in their cunts!