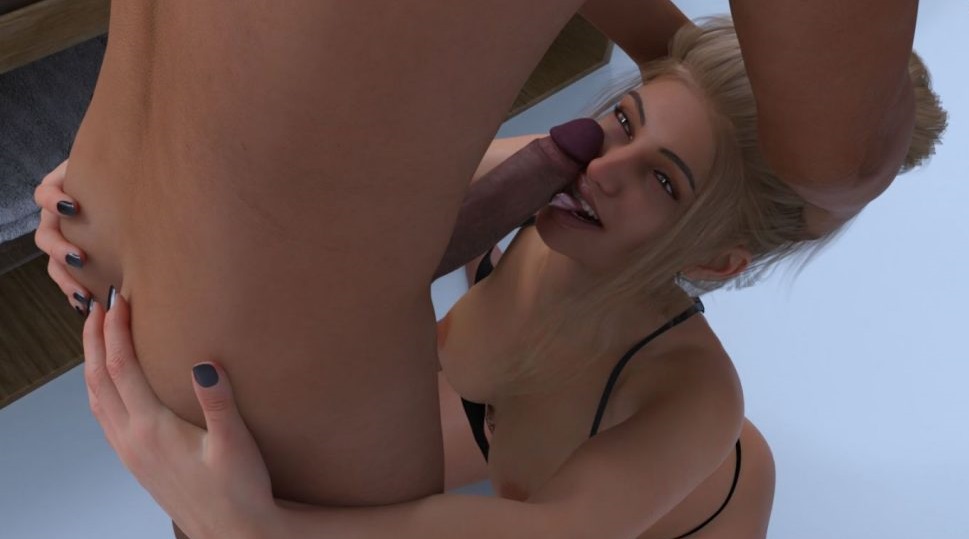 The story is laughable. It’s full of nonsense that’s very hard to take seriously. There’s a scene where you single-handedly knock out two armed thugs. It was completely unexpected, and I was waiting for it to be revealed as a dream. It never was.

The visuals are questionable. The animations are slow and poorly made with heavy clipping and character models snapping back to a set position. Some of the visuals are terrible, with semen looking very unrealistic.

The game is flawed, but it’s still an entertaining story about a woman becoming a total whore for other men’s cocks!

Download The Spellbook for PC Windows, Mac, or Linux. You can support the developer on Patreon.