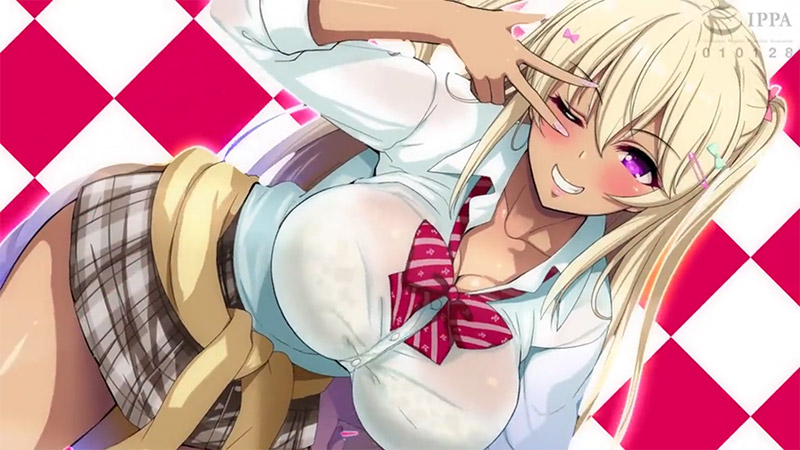 This episode had no English subtitles during my review period.

The animation uses some cheap tricks to create movement. The frames are not drawn. The character models stretch their bodies and limbs. The mouth movements are just unreal to the point of being hilarious. However, while the movement is awkward, the art itself is stellar. The characters look drop-dead gorgeous with their thin black lines, detailed coloring and shading, and the numerous highlights. The visuals have their quirks but also their upsides. I found myself enjoying this animation style more than expected.

The censoring on the genitals is extreme. The girl’s pussy and the guy’s dick are complete pixelated messes.

The female voice actress for the gyaru girl has a sexy feminine voice. The side cast is voiced too, but they only get a few lines. The male character has no voice, his lines are only displayed via text.

The sound effects are cartoonish, and exaggerated. The sound of sex is so slushy, it’s unreal. The sound of boobs being squeezed through a shirt sounds like something from a video game.

The soundtrack fades into the background with its non-distinctive tracks. The music successfully fills the silence and adds emotion to the sex, but it’s not memorable.

You can watch this anime on several shady streaming sites, including Hentaisea.com.