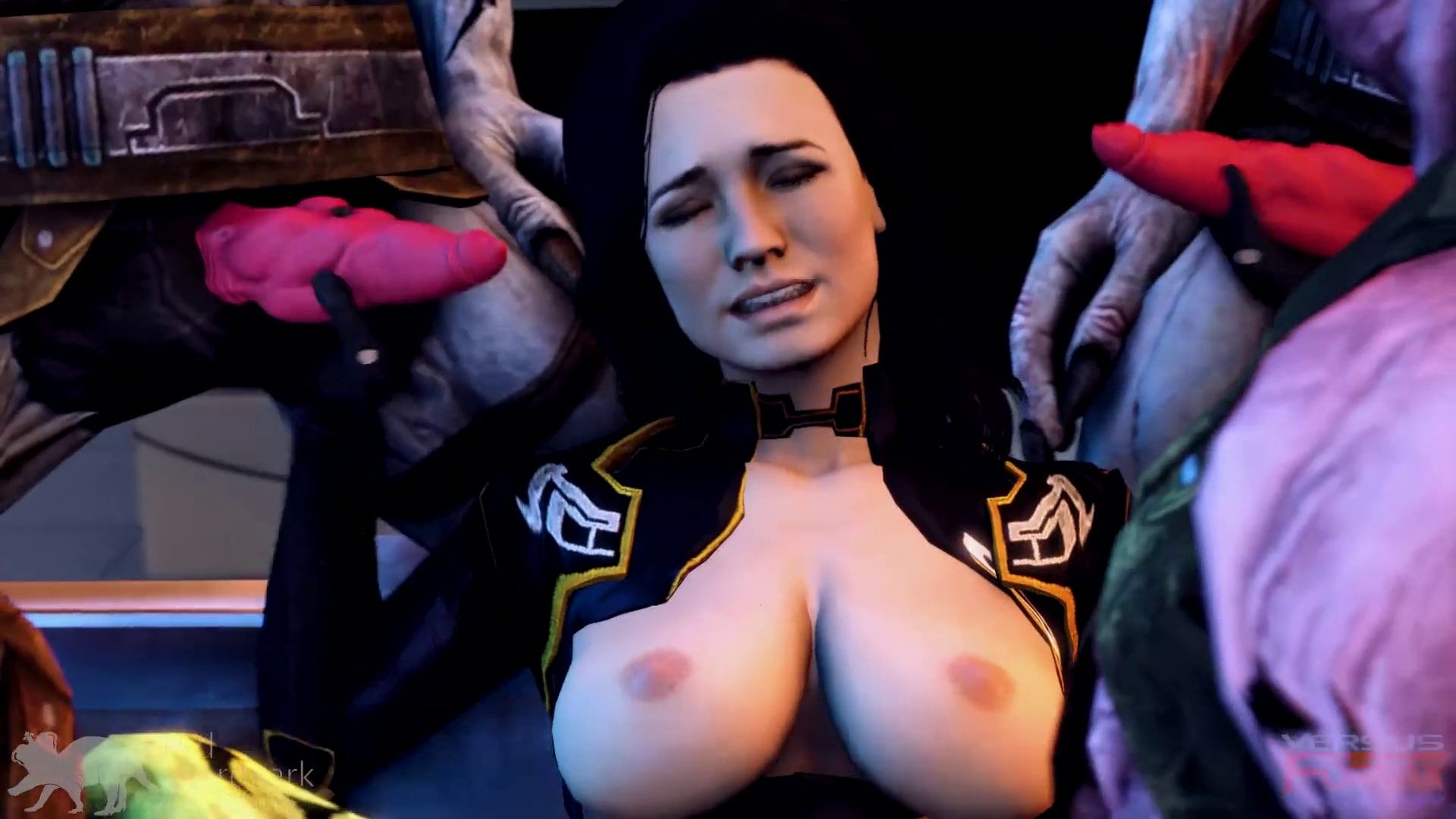 Kasumi uses invisibility technology to sneak into Miranda Larson’s quarters to steal data from her computer. She stumbles upon a collection of adult films starring Miranda and decides to watch some. The rest of the episode is juxtaposed with Kasumi becoming increasingly hornier and touching herself while watching Miranda getting fucked by a number of sex-crazed aliens!

The animation is well rendered with great frame rate and fluid motion. Character proportions are consistent in between shots. Complex animations such as standing-to-sitting positions or ripping off clothes happen off-screen.

Lighting is dim to nonexistent which puts the viewer in Kasumi’s shoes. The lighting in Miranda’s scenes is well done with organic light sources casting shadows that help show off Miranda’s great feminine figure. The camera plays around with different angles, often highlighting Miranda’s pussy hosting some gross alien’s dick.

OolayTiger voices Miranda while SilkyMilky portrays Kasumi. Both performances are good with great line delivery. OolayTiger steals the show by moaning like a cock hungry wild animal, eager to be filled and pounded. Some of the lines sound generic but this is the fault of the script and not the actress who manages to make every line sound as dirty as humanly possible.

Sound effects are limited since the nature and plot of the episode doesn’t allow for a lot of sound effects to be used. Kasumi’s stealth tech has its own noises. Other sounds include buttons being pressed and doors opening and closing. There are a couple of sex noises such as cocks rubbing against one another, and the cute squishy sound of vaginal sex.

The episode is devoid of music for the most part. The only piece of music is a generic rave number that plays over the footage of Miranda dancing and showing off her ass at the start of the episode.

In other scenes Miranda’s pussy is hosting three alien clocks at the same time but the thrusting is slow. In another scene Miranda has to egg one alien with a cock as long as a leg to just drive the thing into her. The scene is slow as the alien carefully inserts his dick.

The result is a tamer sexual encounter that sounds more violent and visceral than it actually is.

You can watch this animation on Pornhub.com.