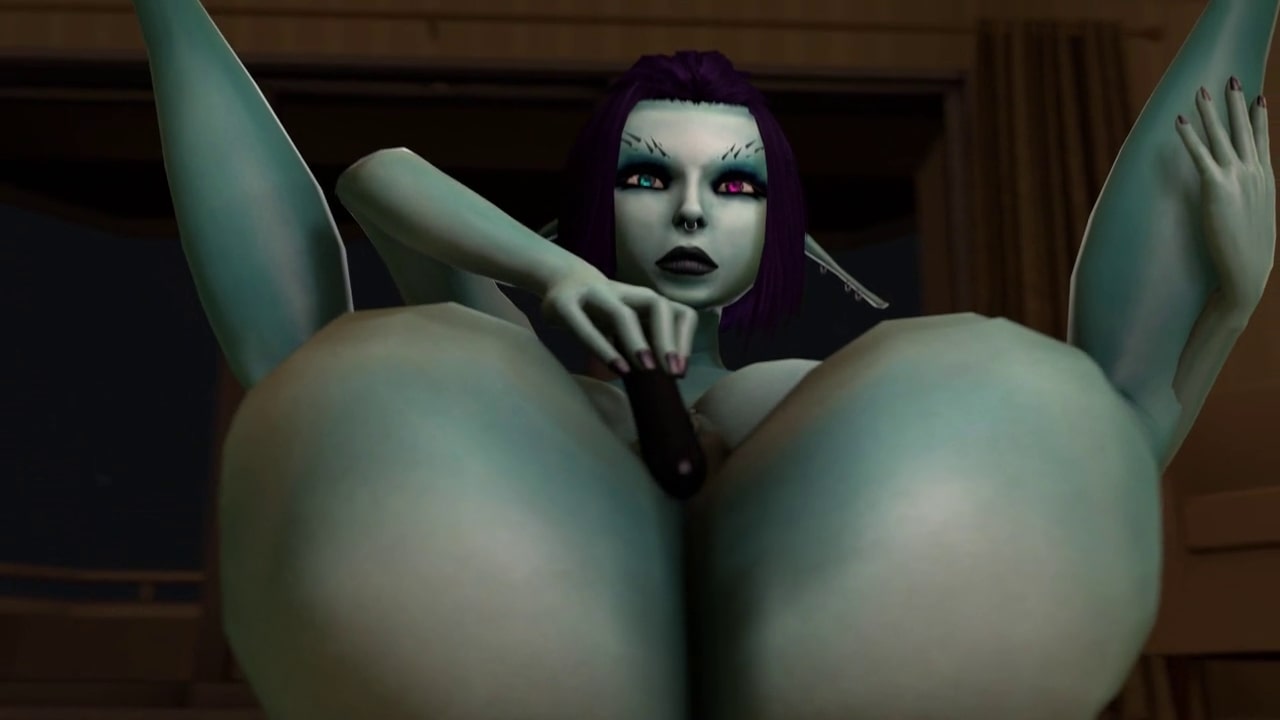 After Soria has orgasmed, she finds Marie on the phone who again tells her the price of the pizza. Infuriated, Soria pays Marie and slam the door shut. Marie goes into the restroom and masturbates to footage she took of Soria on her phone!

The episode doesn’t have a lot of detail. Soria’s room is littered with more sextoys than furniture, which spell out that she is a sex-thirsty slut, but nothing else. Similarly the hallway where Marie Rose stands in is devoid of detail. The characters are well rendered with the graphics looking straight out of a PS2 cutscene.

The actresses don’t just moan into a microphone. The dialogue is funny and well delivered. Both actresses’ get to flex their throat muscles while their characters pleasure themselves with their fingers and sextoys. The moans are sexy, but combined with the tame sex antics taking place onscreen, the episode is somewhat forgettable.

The sound effects are on point with just about every action making the appropriate sound. You hear doors opening and closing, rustling on the carpet and sextoys stroking clits. Even the pizza box makes a sound when Soria rests her tits on it.

The episode features two songs which replay multiple times. Both tracks enhance the mood of the saucy action taking place on screen.

The songs in Pizza Delivery have a classic late 80s feel. Both tracks rock a juicy beat, with high energy and powerful vocals. The lyrics are catchy! The episode features dramatic pauses, stopping at moments to highlight a character’s surprised reaction, etc.

The sex in Pizza Delivery is somewhat uninteresting. There’s only two short scenes featuring Soria and Marie stroking their tight little cunts. There’s no variety, and the four minutes of the episode are quickly spent. Sexual actions feel repetitive and distracting from the clever humor the episode successfully incorporated into the script. The girls never get to have sex together.

Pizza Delivery takes too long to get started with the sex, especially considering the length of the episode. Had this episode been longer or featured something other than two women fucking themselves in the same way, that would’ve been dandy.