Home Featured Yuri Visual Novel Review: Why Is There A Girl In My House?
FeaturedReviews

Yuri Visual Novel Review: Why Is There A Girl In My House? 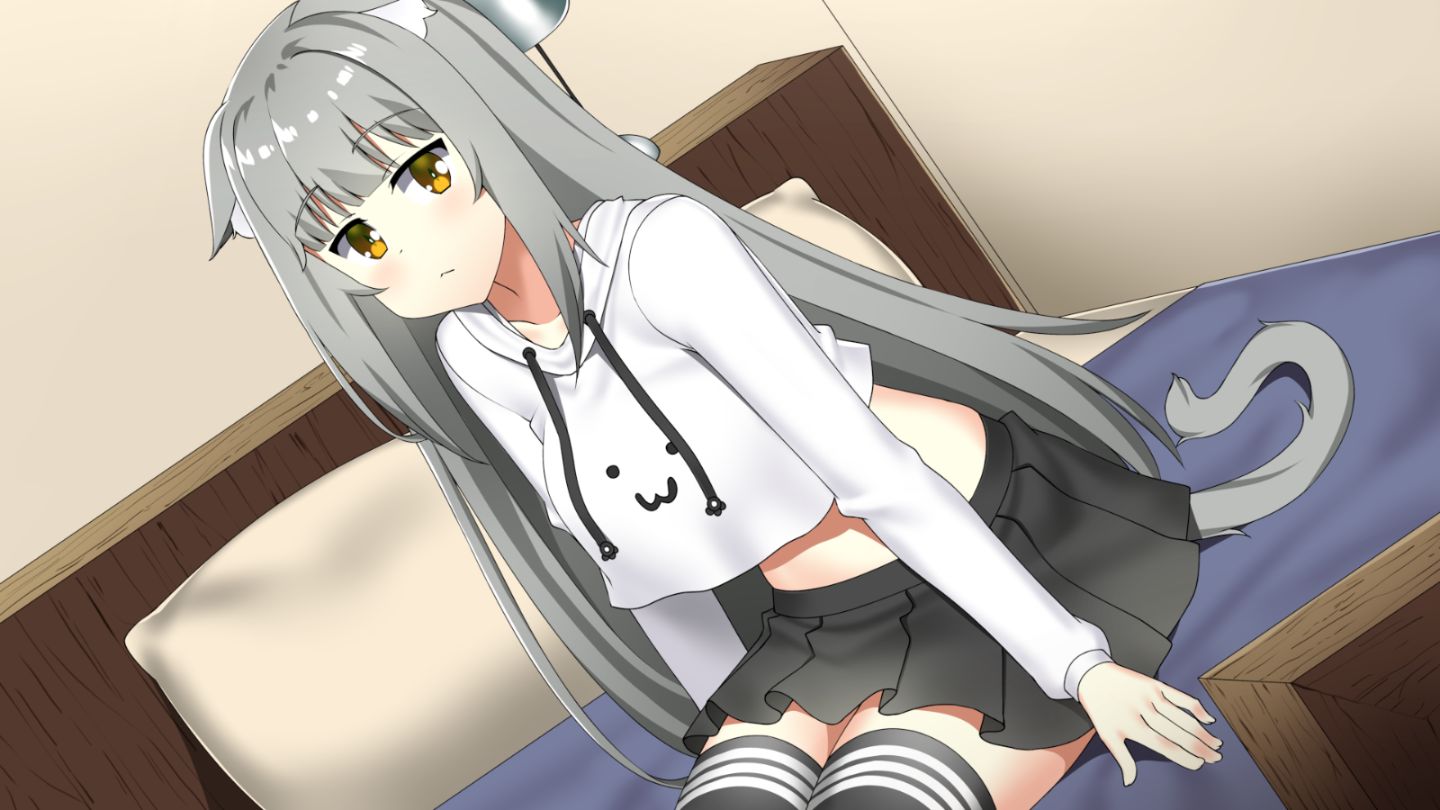 You’re a boring television saleswoman living the average wanker’s working-class lifestyle. Your life is an empty bore until a catgirl arrives at your house! Let’s hope you’re able to get along and nobody gets grabbed by the pussy!

Support our website at our humble perverted online games store!

Elena is a city girl fatigued by her urban life. Knowing this, her Auntie sent her a catgirl to lift her spirits! Will Elena get along with the catgirl? Or is everything going to end in a total fucking disaster?

This is a short and sweet slice of life story. While at first Elena is cold and rude to her catgirl, she soon comes to truly enjoy her company. Obviously they’re not in love, but this was exactly the companionship she needed!

Tons of comedy comes from the fact that the catgirl doesn’t understand things. For example, she thinks clothes are unnecessary, and takes them off unexpectedly. It’s sexy, and hilarious!

Much of the writing is focused on the inner monologues of Elena. While a thoughtful protagonist is interesting, he sometimes comes off as someone rambling. I wanted to see more interaction with the catgirl and less of Elena overthinking things.

Why Is There A Girl In My House is a kinetic novel created in the Renpy game engine. Press CTRL to skip dialogue. Scroll up to rewind dialogue. Click the middle mouse button to hide the text box.

There are no choices and only one ending. There’s tons of well crafted dialogue that is entertaining if you enjoy reading, though it does leave the experience a little too simplistic.

The art is in Japanese anime style. Rather than emphasizing lighting and shadows, the artist focuses on consistent character appearances. The interface is completely unique, to the point where you can’t even tell this is a Renpy title. For example, the pause menu does not go full-screen, instead functioning as a menu on the right-hand side of the screen.

Why Is There A Girl In My House has no voice acting.

The sound effects are few and far between. The most memorable was the sizzling of a pan as Elena cooked fish. The dialogue in this game seemed absolutely perfect for voice acting, especially because of the focus on talking rather than action. Even partial voice acting would have elevated this experience immensely, but sadly, it was a very quiet.

The soundtrack includes only a couple of songs.

Digitally synthesized chimes are mixed with bass guitar to create a unique slice of life feeling that matches the dialogue. The game is relatively short, so there really is no need for a large variety of tracks. As the debut title by this developer, they hit the nail on the head.

Elena fills the role of the mature and in control woman while Alice the catgirl is the immature follower who wants to have fun. The catgirl initiates both encounters, desperately wanting to get closer with her owner. While getting intimate with your pet may seem strange, they both enjoy themselves in a relaxing atmosphere.

Why Is There A Girl In My House is a short but sweet yuri visual novel. There are no choices, but the artwork is gorgeous and the dialogue is believable. These girls make a totally cute couple. The lack of voice acting is a bummer, and having only one ending makes the game very linear, lacking replay value. Emotionally, it’s still satisfying even if more sex scenes would have been very nifty to have.

I recommend this game to fans of lesbians. Download Why Is There A Girl In My House.