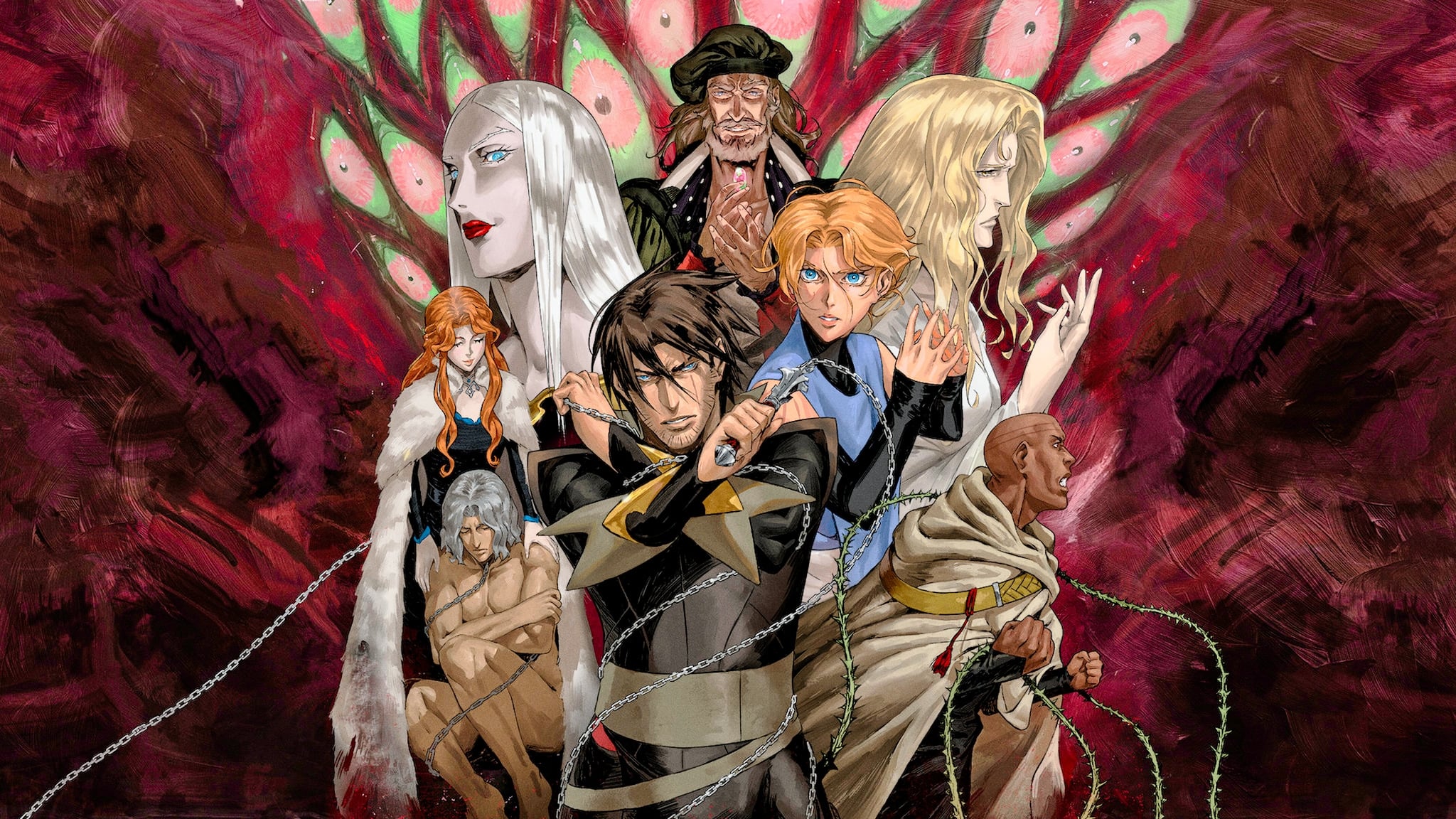 Castlevania Season 4 is the stuff of awesome. The final season of this Netflix production was released around May of 2021. Made by Frederator Studios. Based on the popular action game franchise made by Konami.

You want to get into something that’s juiced up with conflict, raw carnage, great dialogue, power-hungry people actually doing something with their time аnd not just mustache-twirling every 5 minutes? Read our review of the first season of Netflix’s Castlevania.

Castlevania is the gem for you. It revolves around Dracula, and namely the lore of the Castlevania game franchise, and is totally open to anybody who doesn’t know any of the legacy titles.

You would be watching something, and it keeps running out of slowly produced content. Things happen, but they are too lazy to even space it with proper cliffhangers. Major plots are left drifting in the air.

Writers get lazy and shove meh filler when the producer gets short on cash for a period.

The only problem with Castlevania is the clear LACK of filler. The show has been building up so much, and apparently, they have finally achieved the large cash to be thrown at what seems like a nonstop rampage of action and visual spectacle.

It’s one of the few pieces of entertainment out there that went from clearly excellent to FUCKING AMAZING in what seems like an astonishingly small amount of time.

If you are just tuning in. Castlevania is a series that started with Netflix dipping its toes in the water with experimental talent.

First season was great but short. The experiment being successful, they finally got a full budget and proper mandate to do a full thing. The creators then respectfully used season 2, to not only continue the timeline, but also expand some of the established events that were left short.

While the first two seasons are superb on their own, big continuing success allowed season 3 to become even grander than most people would have ever expected. Development of characters, excellent surprises, no bullshit, steady movement of the main story, and of course the juicy action spectacles becoming bigger and better.

In the pandemic, while everybody was canceling shows and fucking up schedules, we got this cool surprise.

People would have forgiven the creators if they slowed down a bit. But apparently not. Another beautiful thing about Castlevania being, it is more than just spectacularly cleaving body parts off people.

There is actual gravitas in the story and the breaks they get to have proper interaction. For the amount of action available, the plotline isn’t just stitching between the action scenes, as some other shows that offer lots of carnage are prone to mashing together.

If you’ve been up to season 3, you might think they’ll spend half of season 4 building up to an expected climax, and yet the show threads a line of events that manage expectations and delight with surprises along the way.

For the entire runtime of the series you always have some new element to keep things fresh parallel to ongoing events. Remember the bullshit trope of subverting expectations? Well, none of that crap here. If it calms down for a few minutes for you to have any expectations. New and cool things bang on the stage and amaze you into forgetting you had any expectations.

Castlevania is one of the few shows out there that seamlessly blend elements that are both charming and calming, alongside chaotic brutality and tempered malice. It may not be for everyone, but it is a superb delight for the people it is for.

Go check it out however you can, it’s one of the seemingly only shows made in America that has escaped rotten Hollywood moral crusading and other tumblr-esque bullshit.

It’s a complete package. Great start and a great finale. We highly recommend you watch this.

Wondering if there will be a new Overlord season before we colonize Mars.